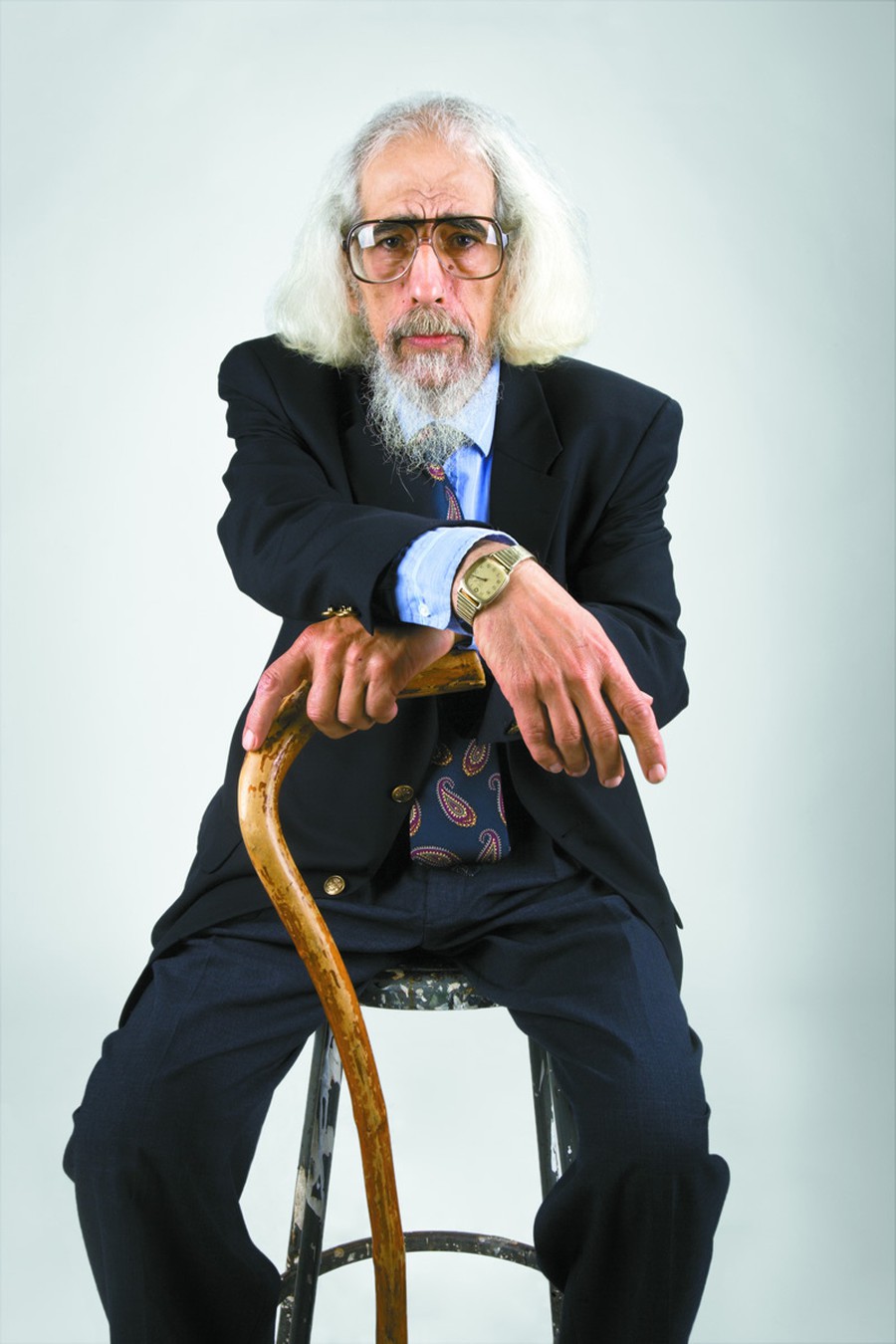 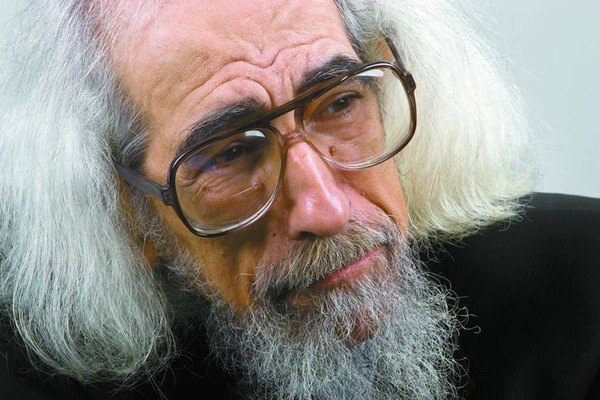 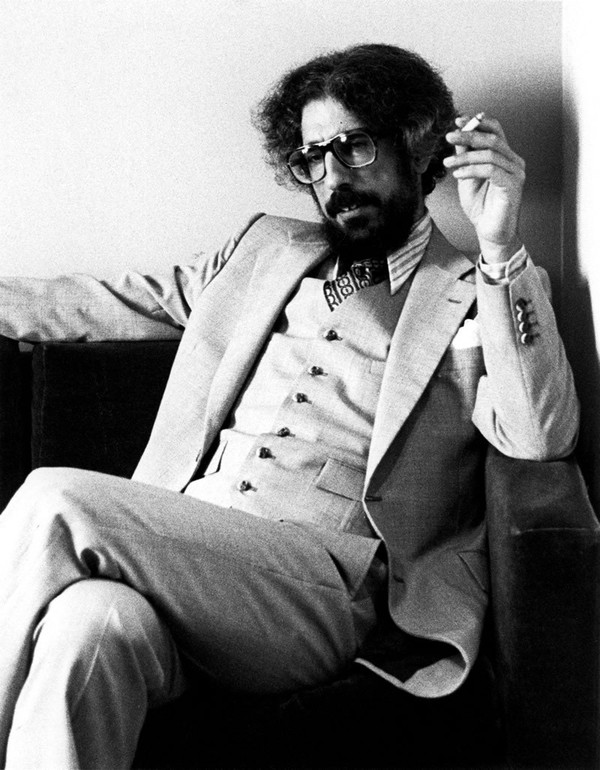 Maroon File Photo / The Chicago Maroon
A word of advice for anyone hoping to contact Jonathan Zittell Smith before he returns to campus next fall: Use the mail slot. The religious studies professor— better known as J.Z.—doesn't pick up the phone and has never "seen the Internet." In a two-hour interview, Smith weighed in on chain smoking, dead religions, and the Babylonian Talmud.

Supriya Sinhababu: I've interviewed a fair number of people, but you are by far the most difficult I've ever had to contact. Why is that?

J.Z. Smith: Well, I despise the telephone. That's probably why. I don't like it. I'll reveal my age, but I don't like the notion [that] for a nickel...anyone could get a hold of me any time they want. I think the cell phone is an absolute abomination. I don't understand people really needing to take a telephone with them. I have one in the kitchen, and it has an answering machine, and I pay no attention whatsoever.

SS: How about e-mail?

SS: So do you typewrite all your papers?

JS: Yup. Or handwrite them. I just gave a 90-page paper in California—just came back. I had to get an honorary degree in Canada and take a flight from Toronto to Los Angeles, which I do not recommend. Especially if you chain-smoke, it's not a good trip. But my son talked me into the patch. My God, it works! My wife said she could stand me, and usually on the airline she can't at all....

No, I take Marx very seriously; I think [the computer] alienates the worker from his production—I do not understand. With a typewriter, I hit a key, and it goes bam. I understand that, I made that letter happen.... Now my Smith-Corona [typewriter] broke down, so I'm very happy because now I do everything by hand again. Because then it's mine!

SS: What got you interested in the religions that you study?

JS: Because they're funny. They're interesting in and of themselves. They relate to the world in which I live, but it's like a fun house mirror: Something's off. It's not quite the world I live in, yet it's recognizable. So that gap interested me. And so I specialized in religions that are dead, which has the great advantage that nobody talks back. No one says, 'That's not what I heard last Sunday!' Everybody's dead. And I like that....

SS: You mentioned that your teaching style is peculiar. Can you describe what you mean by that?

JS: Oh, I don't know. Well, first of all, given the range of religions I teach, the issue of where I stand in relation to them is moot. And most people who teach religion have a clear relationship with the religions. I cannot.... I ask students the meaning of sacrifice, and they always start talking about 'mommy and daddy sacrificing so I could go to college.' We've been at war for four years, and I haven't heard one person yet say some soldier sacrificed themselves. That language is gone. It's entirely economic. One kid, whose name I sent to the Development Office, said sacrifice was joining a golf club for the four years that he was here, so he would have money to go to Europe when he graduated. I thought Development ought to keep an eye on that kid. I rarely do that, but I turned him in. That's just his notion, but it's the same idea. It's economic: 'I give up something now to get a better thing in the future.' Well, that's a shitty theory of sacrifice. But that's the kind of thing I try to do: I try to make students answer questions, and not in class, but in writing.

SS: I know one of the people you've criticized is [religion scholar] Joseph Campbell. What's it like to take on big fish like that?

JS: He was a good friend, so that makes it easier in a way. He could drink like a fish. He could recite Ulysses and Finnegan's Wake in a fake droll for hours. Of course, who knew if he was right or wrong half the time, but nonetheless he could do it. And since he wrote the skeleton key to Finnegan's Wake, I presume he probably does in fact know it.... Joe makes it all easy! All myths are one! Well, see, I think that's terrible. I really do. If that's all it is, if all myths tell the story of a hero who at a certain stage in his life blah blah blah blah, why read more than one?

SS: Are you retired?

JS: No. I'm slowly edging. I'm in my 40th year here, and I'm 70 years of age, so it's getting to be time to at least think about how to make a graceful exit. Every time I've really gotten almost to the point of doing it, I haven't been able to. So that's where we stand....

I've always said it would be nice to drop dead in class except for the shock to my students. My wife's a piano teacher, and she actually took a student whose teacher before her literally keeled over in the middle of this kid's lesson. So I don't joke about dropping dead in the middle of class any longer. But I always try to—and I don't always succeed—to end the last class on an incomplete sentence. And that to me is important. Don't come to an ending. I don't think it's true, I think it's an artifact of the codex form, but the first page of the Babylonian Talmud...starts on the back side of the second page, I guess it was the title page—the copyright page! Never underestimate the ingenuity of a man making a sermon. It's to teach us that we join the conversation in the middle, and the conversation 47 volumes later is still not finished.

SS: [Takes several seconds to riffle back to the questions in her notebook.] Let me just dig back through for my questions here—

JS: What do you want to know, how tall I am? Before I began to shrink and stoop?

SS: [Laughs] I do really like your cane. I don't know if you've heard of this website—probably not—but it's called ratemyprofessors.com, and your reviews are glowing.

JS: I've never heard of such a thing. And I don't like the idea.

SS: Well, a lot of people on this website are big fans of your cane.

JS: Well, I think [the site] is an awful idea. And what good does it do? I mean, I've been married for nearly 50 years, I'm not on the market. What other reason would one have for such a thing? It's like reading a stud book.

SS: I was wondering what criticisms you have of the Core as it is today. JS: Well, there's not enough of it, first of all.... I was told [curtailing the Core] was done to increase electivity, and I think electivity is a good idea...but it turns out that's not actually how it's been used. It's been used to carve out spaces for double majors, to which I am unalterably opposed. One major is bad enough. I would like to abolish majors altogether. So two is unbelievable. And then you find out one is for mommy and daddy, and one is for you, so then I thought let's take this issue head-on and stop this crap....

No, I think the Core, if it were a Core, is terrific.... Now what that Core really ought to be doing is saying that...'out of all the books in the world, these are the four books you should read.' If they're not prepared to say that, they should shut up shop.

SS: All right, well I feel like I've taken way too much of your time up.

JS: Oh, you've just stopped me from smoking for a while...but if you've got one more thing to say, we've got to do it outside, 15 feet away. It's this new [Chicago law saying you can't smoke within 15 feet of a building's entrance]. Try standing on Michigan Avenue and try to find where you have to be to be 15 feet from a building entrance. You're on the dividing line in the middle of the street! You're going to get killed! And it's not going to be tobacco that did it, it's going to be some maniac driver! There's no place in an urban place you can be 15 feet from an entrance. I don't know what farm boy drew up this ordinance.