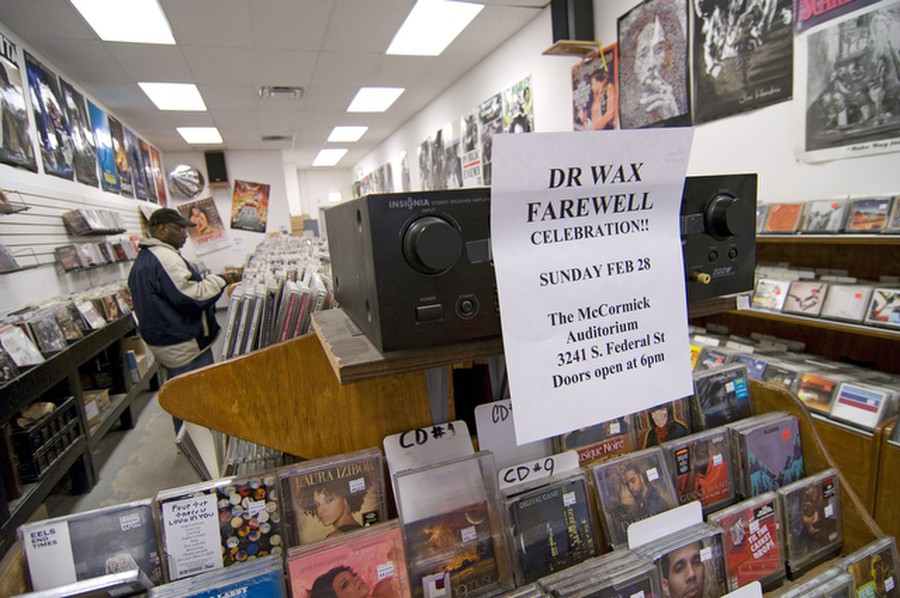 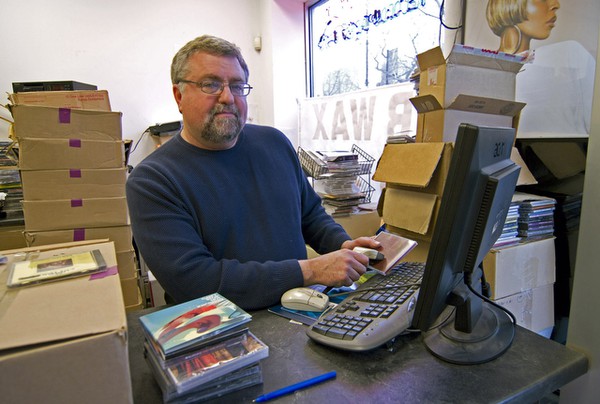 Surrounded by movie posters and record covers hung on the walls, patrons of Dr Wax browse an extensive collection of CDs and LPs organized alphabetically by plastic placards or stacked haphazardly in cardboard boxes. With so much merchandise apparently waiting to be unpacked, first-timers walking into the store might imagine the business had just moved in. Without asking, it would be difficult to know that Dr Wax’s 20-year stay in Hyde Park is about to come to an end.

As a supporter and supplier of local music, Dr Wax is something of a Hyde Park icon. Actively cultivating relationships with local artists since its opening in 1988, the record store became a representative of the unique music trends that developed in Hyde Park.

“In the last 15 years, we’ve become a place where the local artists would drop off their stuff because we would sell it,” owner Sam Greenberg said.

But the record store fell on hard times two years ago after the University purchased nearby Harper Court. Many businesses had to move or close their doors for good after redevelopment plans for the shopping center were announced.

In March 2008, Dr Wax reopened near 53rd Street and Harper Avenue, across the street from its old location in the shopping center. But on February 30, the store will add its name to the list of businesses formerly located in Harper Court that have been forced to shut down.

At the height of Dr Wax’s success, Greenberg owned four stores throughout Chicago. After earning some experience operating a record store in Columbus, OH. He opened the first Dr Wax in Lincoln Park 30 years ago.

Drawing from the musical tastes of their respective neighborhoods, each Dr Wax store specialized in different genres and styles of music.

“I hire people who I know like music,” Greenberg said. “Then, they could bring in whatever they want. Each Dr Wax store was completely different from the others.”

Hyde Park’s Dr Wax is the last of Greenberg’s stores to close its doors. “Hyde Park was known for being this really culturally diverse neighborhood. It was almost like being in a different town,” Duane Powell, the last remaining Dr Wax employee, said. “It made it easier to sell independent music.” Powell can name more than a few now-popular independent artists, such as Eric Roberson, Common, and Lesidi, whose early work was carried by Dr Wax.

Through word of mouth, Dr Wax employees acted as a bridge between the local artists and their fan base. Renowned for its ever-expanding knowledge of the local scene, the staff was always able to provide recommendations. But the business has not been able to survive fulfilling this same role.

“In the last couple of years I thought we hit our niche with neo soul and acid jazz,” Greenberg said, referring to local music that the store had started to support more recently. But foot traffic and sales fell in recent years, Powell said.

The new, smaller store didn’t help business either. “We moved from a space that was designed for what we were doing,” Powell said. The store lost some of its significance as a hub for people to come together and talk about music because of the cramped space, Powell said.

Greenberg said “lawyers were involved” in the move out of Harper Court, but declined to discuss it further.

Greenberg said that he plans to “try to sell off the remaining stock online over the next few years,” but has no definite plans beyond that. He said he will not be opening another record store. Similarly, Powell, a Dr Wax employee for 11 years, said he did not know what he would do after the store closes.

A farewell concert for Dr Wax is planned for February 28 at McCormick Auditorium. The concert will feature several local artists that Dr Wax has carried over the years.