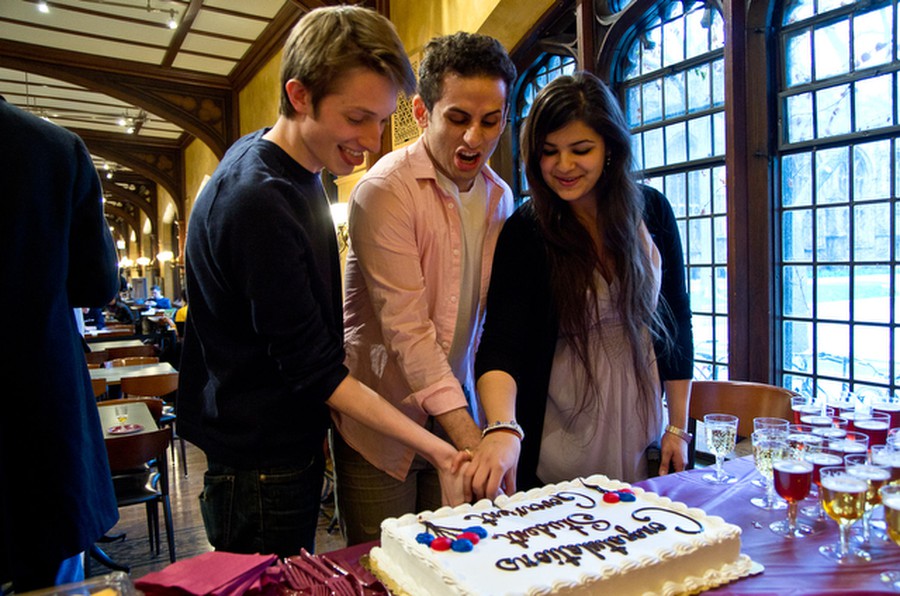 ORCSA also announced third-year Nakul Singh and first-year Angela Wang to be the next undergraduate liaison to the Board of Trustees and Community and Government Liaison respectively. They also announced the twelve winners of the College Council race, as well as the overwhelmingly high number of votes in favor of the Socially Responsible Investment Committee (SRIC) referendum at C-Shop last night.

The elections maintained last year’s level of involvement, with 2354 total votes–2096 undergraduates and 258 graduates–despite an unopposed slate in 2010 and fewer undergraduate students at the University.

“I think the level of participation is great. It is a pretty good percentage,” ORCSA director Sharlene Holly said. “Whenever there are two really strong slates with SG connections, the elections are more contentious.”

With the elections completed, the LIVEChicago slate has their minds focused on getting key projects underway, and working with the current slate as the academic year ends.

“With the airport shuttles and the UCrawl, and all these other things that are happening right now with this current slate, we’re going to partner with them, so that the basic stuff is simple, made even better next year,” President-Elect Youssef Kalad said.

Second-year and Vice President for Student Affairs­­­–Elect Meher Kairon hopes to gain commitments from council members so that planning can begin on specific initiatives early in the fall quarter.

SG continues to struggle in gaining the support of graduate students, who have traditionally been drawn away from participating in SG due to the student-run governing bodies specific to their divisions.

“I think one of the challenges of student government is to engage the graduate students,” Holly said. “Central student government does impact the amount of funding used for graduate programs and if more understood this, I think there would be more participation.”

The independent students behind the SRIC referendum, which will institute a group of undergrads, grads, and faculty members to advise the University’s Board of Trustees in making responsible investment decisions.

“The whole point of this movement is not to get away from any specific investment, but to just establish a socially responsible investment committee,” first-year and SRIC supporter David Kaner said.

“The referendum did not establish a committee, but that is what we are asking for tomorrow. We did win with 80% of the vote, so that is clearly indicative of where the student body stands on this issue, and we hope that the administration is going to respect that vote,” Kaner added.

UNITED Students Alliance, which came in second place with 657 votes, released a statement on their website to thank their supporters, “Let’s celebrate that we tried, that we gave our best, that we created a platform for communication and inspired ideas for this campus next year,” the statement read. “Thanks to everyone who voted, who ran with us and held us through!”

Uncommon Fun, which garnered 268 votes, also released a statement via Facebook. “Thank you all so much for your support and votes! While we did not win this election, I think it’s safe to say that we’ve all had a good time campaigning and bringing to the front really important issues that need to be discussed.”

The Moose Party's platform, including a study abroad program to state schools with the intention of creating a U of C “Bro-zone,” will not come to fruition, but that won’t stop them from throwing a victory party.