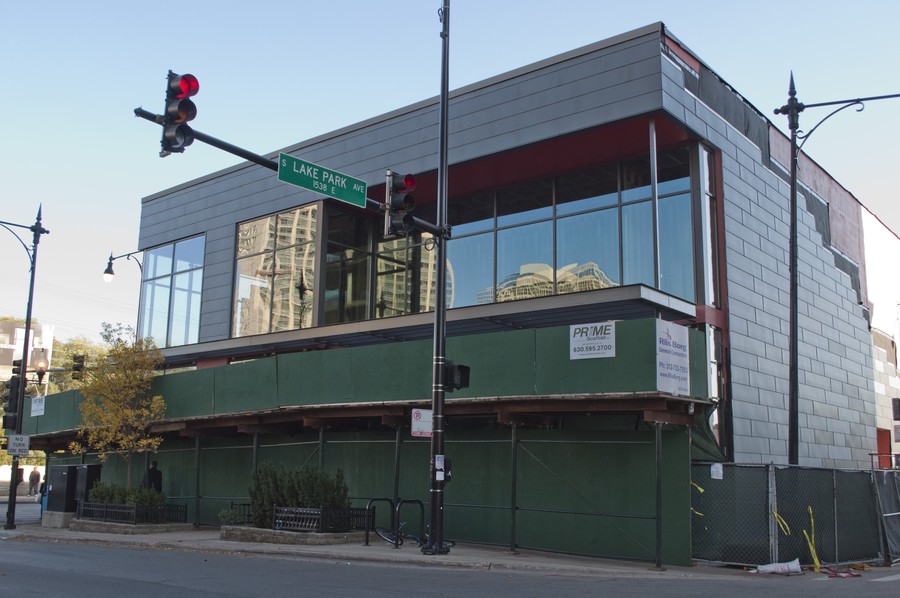 In a throwback to Hyde Park’s heyday as a nightlife hub, the new music club Promontory will join the 53rd Street development project as the only one of its kind in a long list of food and retail additions to the area.

Named for Promontory Point, the new venue will serve as a restaurant, bar, and concert hall, with a space that can hold 600 standing or 300 seated guests. Bruce Finkelman and Craig Golden, the team behind Promontory, also own Logan Square’s Longman & Eagle, which was awarded a Michelin star two years running and was named one of the Best New Restaurants of 2010 by Esquire Magazine. Longman chef Jared Wentworth will head the “hearth-driven” kitchen.

Promontory will be housed on the second floor and rear of the old Borders building at 1539 E. 53rd Street above and behind Chicago-based fashion boutique Akira, which signed on for 8,000 square feet of the ground floor to open its flagship store last winter. In the spring the building was rezoned to increase the number of types of businesses eligible to lease the space. Under the terms of the building’s former zoning district, a concert venue would not have been permitted.

The return of a music and dining venue offers a hint of Hyde Park’s once bustling nightlife. In the 1950s, the neighborhood was home to over 30 bars and nightclubs, most stationed along 55th Street, but the Hyde Park-Kenwood Urban Renewal Project rid the strip of all but a few. The history remains in University legends and trivia about notables like writers Saul Bellow and Dylan Thomas frequenting off-campus bars and the formation of improv troupe Second City in the back of Jimmy’s Woodlawn Tap.

that will be created with the completion of the development. A 1,800 square foot Starbucks will also open on the corner of 53rd St. and Lake Park Avenue.

According to Christopher Dillion, managing director of Vermillion Development which is working on the Harper Court project, the development team markets to businesses they think would be interested in opening along the corridor. “We…actively monitor the retail environments in other Chicago neighborhoods and at other top universities,” he said in an e-mail.

The new additions are only a few of the businesses brought to the area through the Harper Court and 53rd St. development projects. Last year, the fast food burger restaurant Five Guys and the 24-hour diner Clarke’s opened, increasing eating options for students. The corridor will soon gain a Chipotle, set to open by the end of 2013, and a movie theater, which will open later this year.

The University is hopeful that the new businesses will increase the appeal of the area surrounding campus. “We expect these new ventures to add to the vitality and vibrancy of the neighborhood,” University spokesperson Calmetta Coleman said in an e-mail.