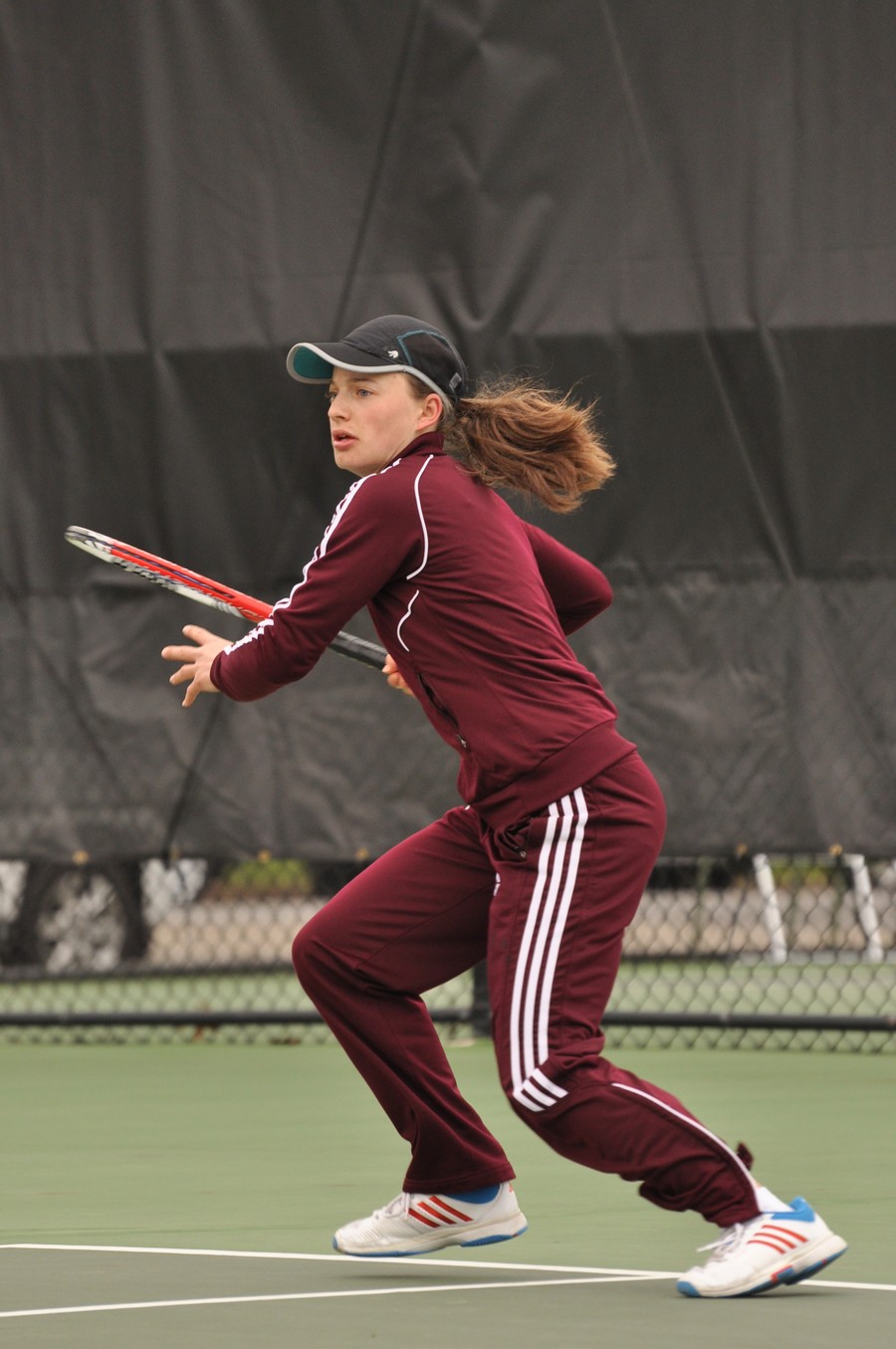 The Maroons are heading to the national quarterfinals, again.

“We’re lucky tennis isn’t a beauty contest because we wouldn’t be winning style points,” head coach Jay Tee said of Sunday’s win. “It wasn’t pretty at all times, but we found a way in the end, and that’s something we’ve done all year.”

After focusing on doubles in the past two weeks of practice, Tee said he was hoping the Maroons would head into singles with a 3–0 lead.

This was the case against Ohio Northern, but not UW–Whitewater. On Saturday, Chicago stormed No. 3 with an 8–1 win from second-year Maggie Schumann and first-year Sruthi Ramaswami. At No. 2, second-year Kelsey McGillis fought off early service trouble to win 8–3 with fourth-year Linden Li.

Surprisingly, second-year Megan Tang and first-year Helen Sdvizkhov struggled at times in the No. 1 spot. Their difficulties began on Saturday when the top pair in the region lost five straight games after taking a 7–1 lead. Luckily, they were able to close out the 8–6 victory.

On Sunday, Tang and Sdvizkhov led 5–3 before the Warhawks captured three straight games. Chicago fought hard with some impressive groundstrokes from Sdvizkhov, but the Warhawks’ energy was too much for the Maroons in the end, as they edged Chicago 9–7.

“These last couple weeks, I think we’re thinking too much about the results rather than thinking about how to get the result, and that’s doing what we’ve always been doing,” Tee said. “That’s hitting the ball hard and aggressively.”

Even with the 2–1 lead favoring Chicago heading into singles, Whitewater had the momentum.

“I know that a 3–0 win in doubles is huge for our momentum, and I could tell when Whitewater won their No. 1 doubles match, they were feeling good about themselves,” Tee said. “And they brought it into singles.”

“I’m nervous; I’m thinking, ‘How are we going to get three wins here?’ because it wasn’t going to be easy,” Tee said. “We were missing; we were being timid.”

It was fitting that the clinching victory came from Tang. On the season, the second-year holds a 19–2 record in the No. 1 spot and is ranked first in the Central Region.

Tang stormed to a 6–2 lead. Her opponent, Sydney Divelbiss, then took the first three games of the second set.

“[Divelbiss] definitely started to come in more and play more aggressive and I started missing, because she didn’t have any pressure on her, so she started going for balls,” Tang said. “Then I kind of felt pressure to win after that, and then started missing.”

At that point, Tee gave Tang some very important advice.

“At 3–0, I walked over there and said, ‘Listen, all she’s doing is hitting to your backhand. If we can adjust that and hit down the middle and use your backhand down the line, and find forehands, you’re going to be all right,’” Tee said.

“It felt good because now we can go to Nationals,” Tang said. “It’s also sweet because nobody expected us to get past regionals this year.”

“No matter the lineup we’re playing or who we’re playing, we’re finding a way in the end, and we can’t be upset with that at all,” Tee said.

The Maroons travel to Kalamazoo, Michigan to face No. 2 Claremont-Mudd-Scripps (30–0) in the national quarterfinal on Monday, May 20.