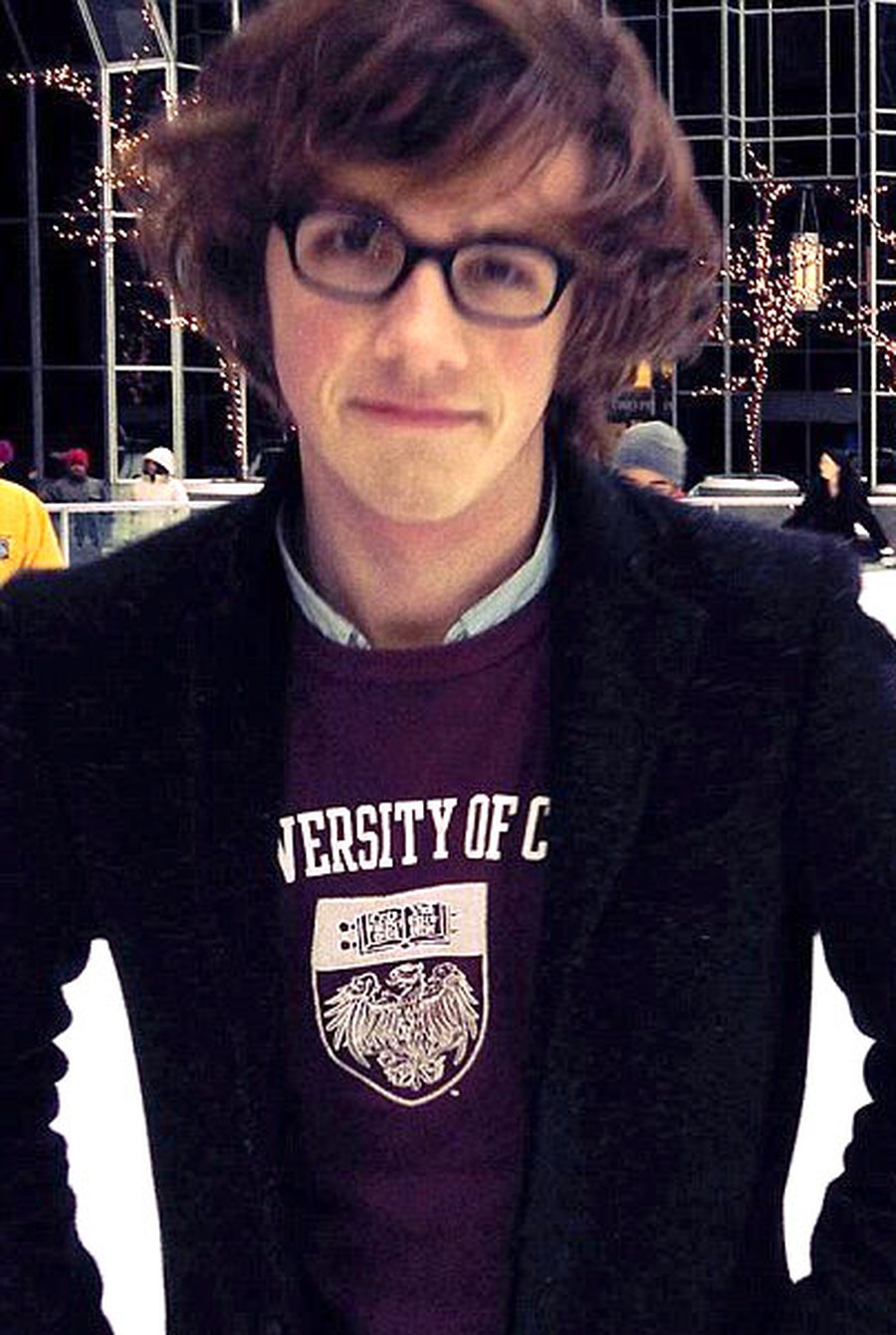 Nicholas Barnes, a third-year in the College, was found dead in his dorm room in International House Saturday afternoon. He was 20 years old.

An autopsy took place this past Sunday, but the cause of death remains unknown, though early results show no sign of foul play or suicide. Full toxicology results may not be available for another four to six weeks, according to the Cook County Medical Examiner.

Barnes, who grew up in Pittsburgh, originally lived in Halperin House of South Campus. He moved to Booth House in winter 2013 following his studies abroad in Vienna in fall 2012.

“He was like a puppy. He was always excited to meet you. Nothing about him was mean. He was like a hyper-intelligent puppy,” he said.

Burchill said Barnes had many intellectual interests. He liked going to Doc Films, especially the films of Werner Herzog, and liked playing around with Google Maps.

“Nick loved Google Maps Maker. Since he came to campus he made about 1000–2000 edits. His favorite pastime was going in there and updating Google Maps,” Burchill said.

Michael Geyer, a professor of German and European History who advised Barnes on his B.A. thesis, remembers him as “amazingly mature for an undergraduate” and as “one of the people who could end up eventually as a very good professor.”

“There was something special about him, a sense of how to ask questions, a sense of how to pursue questions then to a conclusion, which is quite precious at all levels, undergraduate, graduate, and professional. There are many in all three categories who don’t have that particular knack,” he said.

Just two weeks ago, Geyer wrote a recommendation for Barnes to support his flight, travel, and lodging in Germany. “It was one of my more exuberant recommendations because I was genuinely impressed by him as a very unusually intelligent, mature, and qualified student,” Geyer said.

Barnes graduated from Shady Side Academy in 2011. In high school, he was involved in the literary magazine Egerian, the school newspaper, the speech and debate team, and he ran cross country.

“[Nicholas] was this guy who was really, really smart, witty, and proud of who he was. He refused to be ashamed of himself. Watching him made me realize you didn’t need to ashamed of being smart,” said first-year Dani Plung, who attended Shady Side as a freshman while Barnes was a junior.

Plung remembers discussing previous University admissions essay questions with Barnes. “Talking to him about UChicago was one of the first times I thought about coming here,” she said. “Wanting to come here started in some ways with him.”

Barnes was majoring in history and Germanic studies. In the fall of his second year, he studied abroad in Vienna as part of the University’s Western Civilization program. This past summer, Barnes received a Foreign Language Acquisition Grant, using it to study German intensively.

According to Catherine Baumann, a member of the Germanic Studies faculty, Barnes was going to write a proposal for an F. Champion Ward Third Year International Travel Grant. These competitive grants offer College students the opportunity to do B.A. research abroad during the summer between their third and fourth years.

“He had a very interesting project, and he was writing a proposal to go to the city of Leipzig to work there in the German National Library, as well as the Bavarian State Library in Munich,” she said.

“We talked a lot about the project and his fourth year and even beyond the fourth year. He was very excited to think that this could be expanded into something that could be meaningful beyond the B.A. paper. That’s really how I think of him, as sort of already embarking on his scholarly life.”

“He was always quick to offer a smile and a kind word, even when just passing by in the hall. Nicholas’s friendly disposition was known by all who met him. He was curious and good-natured, and often spoke fondly of his time abroad. We will miss him greatly,” they said in a statement.

A gathering to remember him was held in Ida Noyes on Monday. According to an e-mail from Vice President for Campus Life and Student Services Karen Warren Coleman, Barnes’s family is planning a funeral in Pittsburgh. Friends of the family have also started a fund for the Nicholas Brastins Barnes Prize at Shady Side Academy, to which you can donate here.