University expects jump in yield for class of 2018. 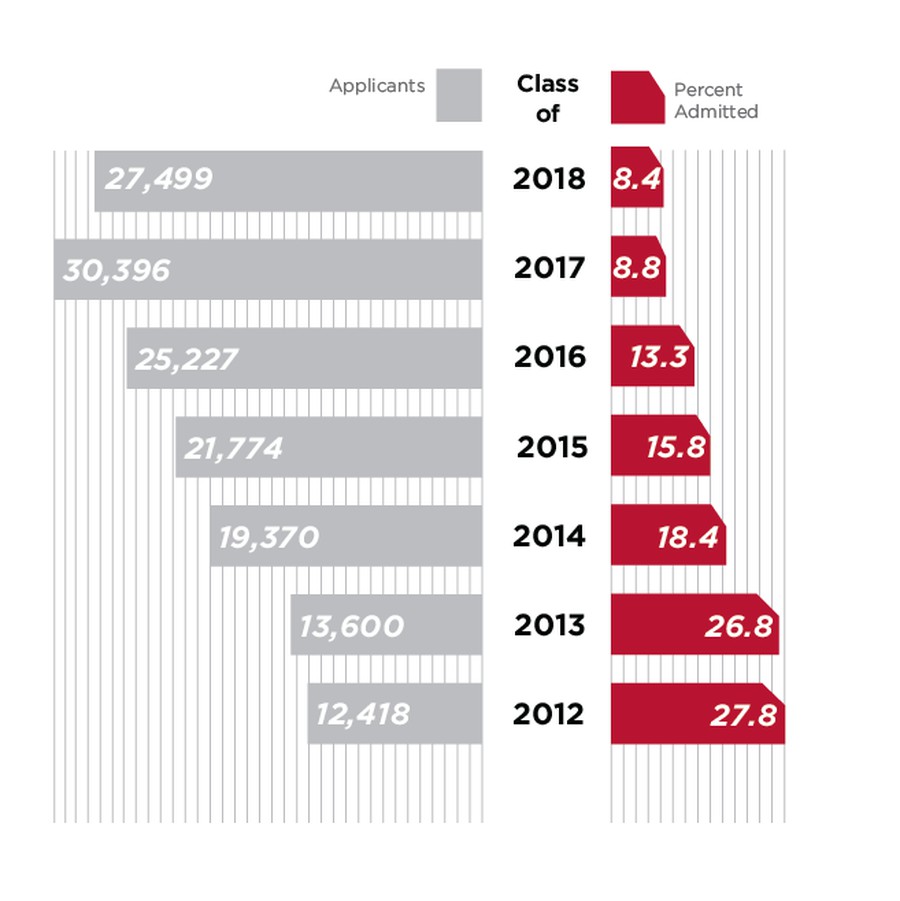 The acceptance rate to the College has reached yet another record low at 8.38 percent for the Class of 2018.

2,304 students were admitted to the College this year out of a total of 27,503 applicants. This decreased acceptance rate comes in spite of a 9.5 percent decrease in the total number of applicants as compared to last year’s application cycle.

In recent years, the University has cited developments like the Institute for Molecular Engineering, the Logan Center for the Arts, and UChicago Promise scholarships—which allow recipients to graduate debt-free—as reasons for the increasing popularity of the College.

Patrick Andrade, a senior from the north side of Chicago, applied regular decision to the College and was offered a full-tuition Chicago Police and Fire Department scholarship but has not committed to UChicago. Andrade said that he was not originally planning on applying but decided to apply when he found out about the Institute of Molecular Engineering’s new undergraduate major.

“To be a guinea pig for the program is kind of interesting,” he said. “I know how the University focuses on the core program; I wouldn’t only be doing engineering, [but] also getting a full liberal arts education.”

Maura Joyce, a resident of the southwest side of Chicago who was accepted Early Action and has committed, said that she is also interested in the College’s Core curriculum and the possibility of taking classes at Booth.

Dahlia Leffel, a student from New Haven, Connecticut, was also accepted Early Action and committed to the school in January. She said that when she visited campus she found that “the atmosphere seemed different from other colleges…. The community seemed really close and unique.”