New Grad dorm closing, will be new site for Harris 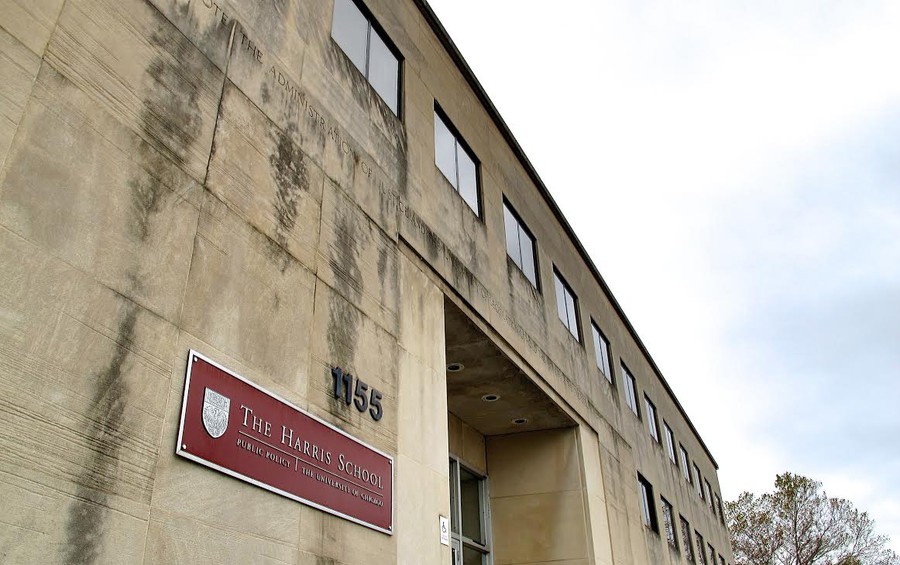 Originally built in 1962, New Grad housed graduate students and visiting scholars for most of its existence. The first undergraduate house in New Grad, which was established as a dorm in 2011, was Midway House. Henderson and Tufts Houses moved in last fall after the closing of Pierce. In an e-mail to residents on Wednesday, Executive Director of College Housing & Residential Services Jennifer Luttig-Komrosky announced that New Grad will be a residence hall through the spring of 2016, and all students will be guaranteed spots in the housing system after the dorm closes. Campus North is scheduled to open in fall 2016.

The announcement received varying reactions from residents of New Grad. Second-year Haley Budigan, who lives in Midway House, said it was a shock.

“It’s a really strange feeling around the dorm,” she said. “We’re all kind of...reasonably upset about it. Not like angry upset, just wondering what’s going to happen.”

Second-year Garrett Healy, who lives in Henderson House, said it caused a mixed reaction in his house.

“Henderson House has only been in New Grad [for a little while], this is its second year…. It’s an old Pierce dorm, so a lot of people don’t feel as attached to New Grad as they did to Pierce, but we have created somewhat of our culture here, so it did feel like they’re taking our building from us,” he said.

University spokesperson Jeremy Manier said the repurposing of New Grad has been a possibility for several years.

“The possibility that the New Graduate Residence Hall would be renovated for a new use has been discussed among faculty, staff and students since before 2010,” he wrote in an email.  “However, the specific plan that the University announced on Nov. 5, and the donations that will support the renovation, were finalized in recent weeks.”

“These generous gifts by Dennis Keller and the Harris family will add to the scope and impact of that scholarship and education, enhancing the Harris School of Public Policy’s roles as a center of rigorous policy analysis, education of the next generation of public policy leaders, and an intellectual destination for scholars and policymakers and practitioners from around the world,” University President Robert Zimmer said in a News Office article.

The gift is part of Harris’s efforts to pursue a new direction, distinguishing itself beyond its No. 4 U.S. News & World Report's ranking for public policy schools. Harris’s new dean, Daniel Diermeier, wants to emphasize the creation of policy, not just analysis, according to a Chicago Tribune article.

New Grad will be remodeled into Harris’s new space and renamed the Keller Center. According to the News Office, the building is much larger than Harris’ current facility and will allow for an expansion in faculty and student enrollment. Currently Harris has 37 full-time and 49 part-time faculty members, and approximately 370 master's degree students and 40 Ph.D. students.

Students said they were not aware whether there was an opportunity for their input on the repurposing, and the Inter-House Council, which in the past has worked with the housing office to consult students on housing decisions, was not aware of the decision until it was publicly announced.

“I don’t remember any opportunity to speak on this or [College Housing] asking us at all,” Budigan said.

With adaptive repurposing of New Grad, students voiced concerns over where their houses will move to and whether they will stay together. Budigan said that in Midway there is uncertainty given its newness.

“We’re assuming Tufts and Henderson House will stay together because they’re more established, but Midway house is only like three or four years old so we’re wondering whether we’re going to stay together or not,” she said. Midway was established in 2011.

Third-year Jonathan Haglund, who lives in Henderson, expressed confidence in the House’s ability to move.

“Considering Henderson will only be in New Grad for two years, the House culture has definitely had some alterations from when we were in Pierce but the core values have stayed the same and I think that will stay the same in a new building,” he said.