Empty chairs at the dinner table 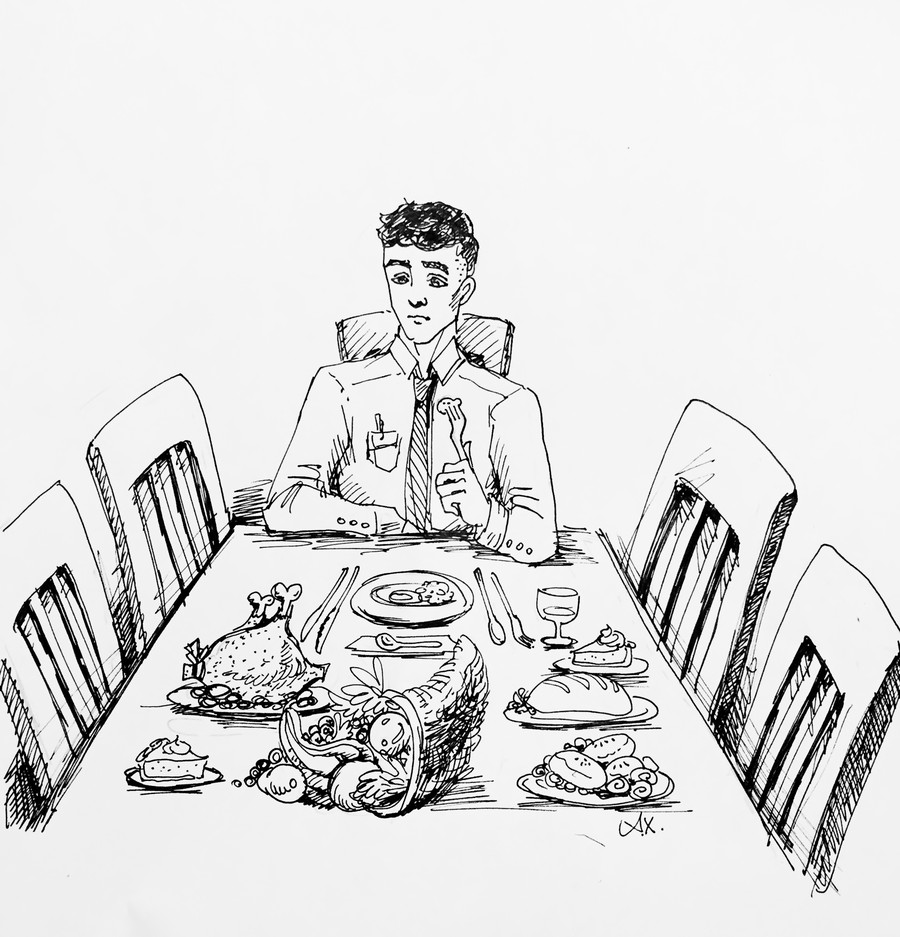 This Thanksgiving, many of us will gather around the table with family and friends to reflect on our blessings for the year. But for the tens of thousands of families across our country who have been ripped apart by a broken immigration system, there won’t be too much to be thankful for with an empty chair at the dinner table. While we talk about the political and economic implications of this immigration debate, there is a human element at the very core of this issue that is often left out. The facts are clear. Every single day 11 million undocumented people live in unimaginable fear, thousands of families are separated, and hundreds more children are left orphaned. As a nation of immigrants, this is not what America stands for.

In a vicious game of politics, our gridlocked Congress has failed, yet again, to effectively address and resolve this incredibly important issue. The Senate passed S. 744—the Border Security, Economic Opportunity, and Immigration Modernization Act by way of a bipartisan vote—in June 2013, with an emphasis on border defense and a path to citizenship. Over a year has passed since it was handed over to the House of Representatives, but Republican leadership of the House has refused to bring the immigration reform bill to a vote. At the end of this year, the entire legislative process on immigration reform will have to start over when the bill dies in the House of Representatives. This means a lot more waiting before we see any tangible change from the legislative system, and it means incredible uncertainty for the families negatively impacted by this broken system.

So what can be done now? Though the actual legislative solution to this crisis can only be developed by Congress—a deadlocked Congress that we should ultimately hold accountable for failing our democracy—the Executive Branch can temporarily soften the blow of the broken system. Earlier this summer, President Obama promised to enact executive action on immigration in September to possibly defer millions of deportations while the legislation was worked out. However, he then postponed his commitment until after the November elections, with no clear commitment date in sight even now. With 1,100 daily deportations, this delay is incredibly disappointing and devastating for mixed-status families like my own.

My great-grandparents, grandparents, and my own parents all came to the United States from Mexico as farmworkers to give my cousins, brothers, and me (the generation born in the U.S.) a chance to succeed. Like many families in Latin America, conditions of extreme poverty, violence, and governmental instability—many of which were driven in part by U.S. political, economic, and military interventions throughout the 20th century—pushed my family to immigrate. Working in the scorching hot sun of California’s Central Valley, they picked everything from grapes to onions to tomatoes—all for the hopes of a better future.

When I remember looking into my mother’s exhausted face after a day of working in the fields as a little boy, I feel extremely grateful for their hard work and sacrifices. And when my aunts and uncles are on the brink of deportation, this gratitude is paired with frustration and anger at the status quo.

But this story isn’t unique to me. It’s only one of the many immigrant-family stories here at the University of Chicago. Students across the University are directly impacted by the uncertainty of their families’ futures, without any sort of halt to deportations coming from the President enacting an executive order for relief. It is this very University that saw the rise of America’s first black president in the historic South Side of Chicago. But Obama’s presidential legacy may be at stake with this key issue. In the past several months the President has emphasized that the United States must be the leading example on the world stage, representing a global force for good saying, “That’s what makes us America.” When he said that America must lead, I don’t think leading in deportations and the inhumane treatment of undocumented immigrants is the necessarily the legacy that Obama had in mind.

President Obama must enact executive action on immigration for the millions of immigrant families in our country. This is not politics. This is a moral crisis. When we consider the issue of immigration, let’s not think with our political party, but instead let’s remember the mothers, fathers, sons, and daughters who are missing from their dinner tables this Thanksgiving.

Mr. President, please give us something to be thankful for this November. We are waiting, holding our breaths until we can breathe easily again.

Jaime Sanchez Jr. is a fourth-year in the College studying history and comparative race and ethnic studies. He is writing on behalf of M.E.Ch.A. de UChicago, the campus chapter of the national Chicano/a student movement.