Stories of low-income students appear around Univ. during Prospie Week

"We actually planned to do it in the winter." 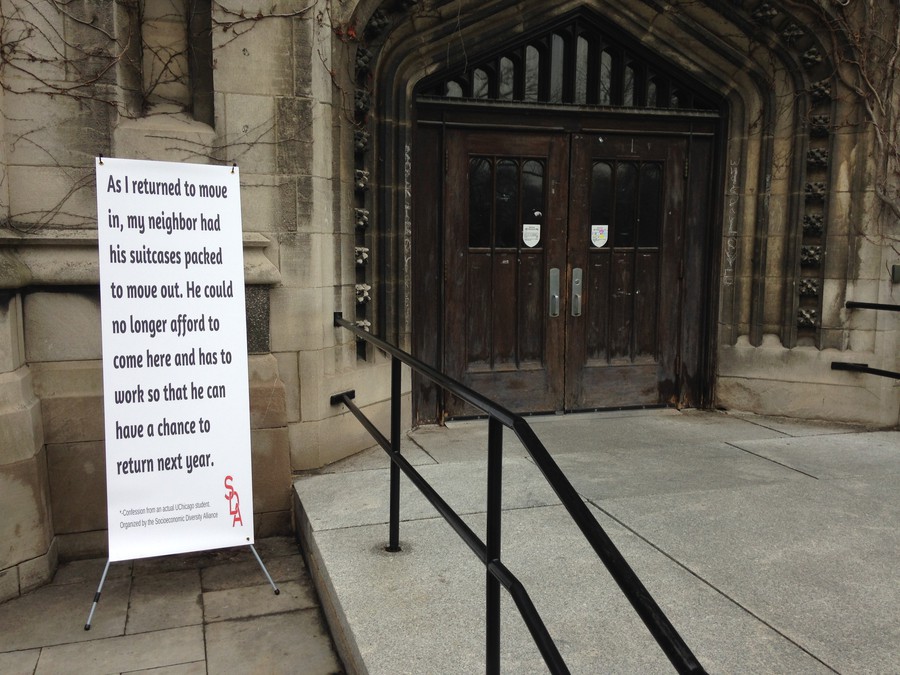 The Socioeconomic Diversity Alliance (SDA) placed five large signs around campus yesterday, relaying the stories of students at the University who have faced academic or social difficulties due to financial reasons. The signs were put along campus tour routes and in prominent locations on campus, including Hull Gate, as prospective students arrived for overnights. According to Kara Moore, co-coordinator of the SDA, this was a happy coincidence.

“That’s how it worked out. We’re glad that it did, because it’s a good time to have it of course. It’s more people to see it… And if there are any prospies from first-generation families, or low-income homes, [then] they will know that they have a presence on campus.... We actually planned to do it in the winter,” Moore said. The goal was to raise awareness about the SDA—a relatively new RSO founded in 2014—and students excluded from life on campus for financial reasons. The signs feature stories from students who could not afford textbooks, house trips, or Saturday night dinners after the dining halls have closed.

A sign read: “As I returned to move in, my neighbor had his suitcases packed to move out. He could no longer afford to come here and has to work so that he can have a chance to return next year.”

The signs had to be taken down yesterday due to inclement weather, but they will be up again today and throughout part of next week.