Students demonstrate in support of protestors at Yale and Mizzou 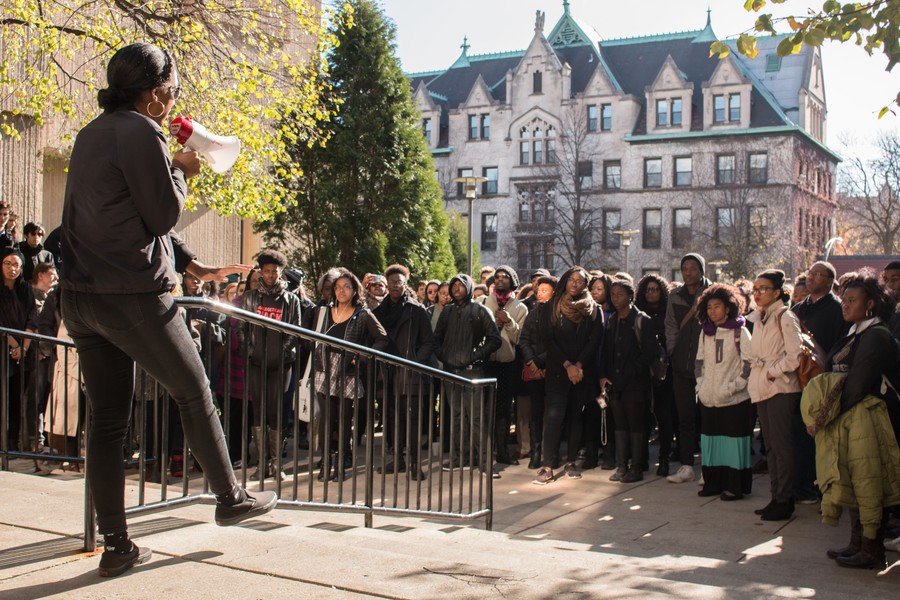 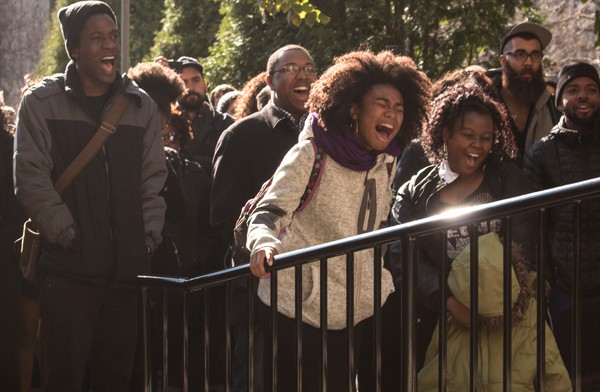 “The concerns of black students at the University of Missouri and Yale are being heard around the country, and for that, we thank our black peers for having the courage and bravery to call for change in environments they have deemed unfit for black students. We, black students at the University of Chicago, hear them, support them, and have been inspired to take action on our campus,” OBS’s official statement said, which third-year Stephanie Greene, president of Organization of Black Students (OBS), read to the crowd.

Students who identify as black were told to wear all black to show support for one another. It was also representative of the black clothing associated with the “Black Lives Matter” movement.

“I thought it was a great way to show solidarity with those at Yale or Mizzou and a way to publicly vent about some of the very real problems students of color face,” first-year Kaela Bynoe said.

Third-year Cosette Hampton then led a moment of shouting, in lieu of a moment of silence, in which about 30 black students screamed their frustrations while the rest of the crowd listened silently.

Hampton told her fellow black students to, “Let out the hurt, let out the pain, and let out the power you have inside,” as they shouted.

The event ended with a recital of rapper Kendrick Lamar’s song, “Alright,” that emphasized the lyrics, “We gon’ be alright.”

“The intent was simple: to lift our spirits after hearing some emotional testimonials, and to demonstrate that together, students of color will be able to not only make it through these issues of race on college campuses, but to be the reason that they are ended,” first-year Mariam Desta said.

This demonstration of solidarity with protests at Yale and Mizzou also showed support for black students at UChicago, according to organizers.

Immediately following the event, leaders and staff members of OBS and the Center for Identity and Inclusion opened the community lounge for students to continue discussion.

“[At the discussion] lots of different students came out to continue talking to people, meet new people, and I think that was a very UChicago way of collectively feeling these events,” Greene said. “Today was a great rallying point and starting point.”