Fraternities protect and promote those who need it least 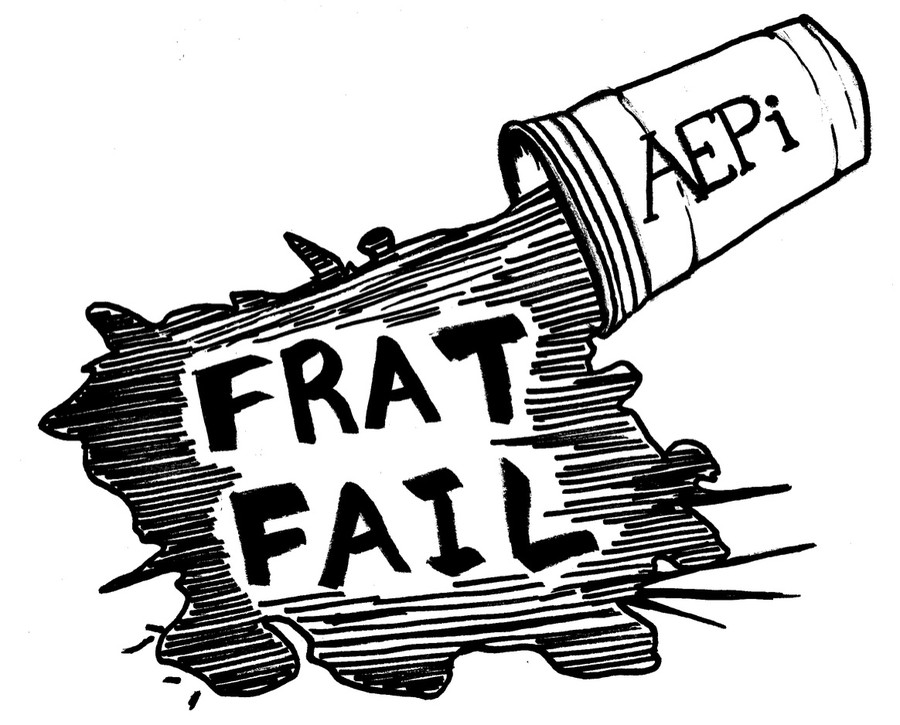 As a queer, Jewish woman at this University who is also passionate about social justice, I don’t think I need to tell you that I was absolutely appalled and ashamed when, this past Wednesday, BuzzFeed leaked a series of e-mails sent by members, current and past, of the University of Chicago’s chapter of Alpha Epsilon Pi (AEPi) containing racist, Islamophobic, misogynistic, homophobic, and ableist material.

I won’t waste time quoting too much of the article, since the material is potentially triggering to some and since anyone who wants to be horrified can look it up online, but I will say that before I finished reading it, I found myself instinctively clenching my fists and grinding my teeth in anger and frustration, on behalf of myself and others who I knew would be similarly affected by this absolutely disgusting and inexcusable behavior.

There are a lot of reasons why I—and apparently others, judging by responses to the BuzzFeed article across various social media platforms and on the Facebook page Overheard at UChicago—don’t think Greek life, as a whole, should exist. But I want to talk specifically about fraternities right now.

Fraternities, in the loosest sense, have their roots in Greek society—they are almost as old as democracy itself. The fraternity as a staple of the American educational institution has existed since around the 1820s. Among the stifling and conservative world of 19th-century American academia, fraternities quickly grew in popularity as a way for groups of students—entirely male, since universities were at this point still segregated by gender, and entirely upper-class, since a college education was the province solely of the upper classes—to have some fun, bond, and let off some pent-up academic anxieties.

Needless to say, as the culture of universities as a whole changed—with curricula shifting from religious to liberal arts education, and schools becoming integrated by race and gender beginning in the early 20th century—fraternities remained entirely male-dominated, primarily white upper-class institutions: truly the epitome of the “old boys’ club.”

Fraternities were founded and continue to be centered on the hedonistic celebration of cisgendered, heterosexual masculinity, often to the exclusion of individuals of other races, ethnicities, and socioeconomic backgrounds, and involving the degradation and abuse of women and queer and trans individuals. In every sense, “boys being boys” has traditionally meant, and continues to mean blatant hazing, bullying, harassment, misogyny, and discrimination, sometimes even to the point of rape, murder, and violent hate crimes.

We can yell as much as we want about the reformation of frat culture, insist that “it doesn’t have to be like this,” that all we need to do to change attitudes, mindsets, and behaviors is hold a few more teach-ins on diversity and inclusivity, write another set of rules, add another individual to “hold people accountable.” But the reality is that the very idea of a fraternity—a group of men for the promotion of men’s activities, men’s bonding, men’s well-being—is superfluous, and frankly, sexist in a society already stacked against individuals of other genders. It’s like asking why we don’t have support groups for “men in tech”—tech already is a man’s world. And society is a man’s world, too.

To say that fraternities don’t perpetuate rape culture, homophobia, transphobia, misogyny, racism, drug and alcohol abuse, and general disregard for the common values of the communities in which they situate themselves is to blatantly deny reality. Numerous court cases attest to the physical and emotional harm that fraternity brothers have time and again brought upon those within and without their ranks. It is a culture predicated on young men one-upping one another’s inappropriate and dangerous behaviors.

Moreover, fraternities are for the most part entirely unregulated and without oversight. Individual chapters are completely independent of the universities in which they operate. And while each fraternity may have some overall organization among chapters at respective universities, there is nothing comparable to the National Panhellenic Conference, a group that oversees a large number of sororities and acts collectively to regulate them.

The simplistic statement that “frat bros are bad people” is also one that is patently untrue, and not at all what I would like readers to take away from this article. Discrimination based on membership in a group is exactly what I am speaking out against—and furthermore, there is often little that can be said about an individual based on their participation (or lack thereof) in a given community. I count fraternity brothers and sorority sisters alike among my friends here, and my view of Greek life and culture has limited—if any—impact on my relationships with these individuals.

But at the same time, Greek life, and fraternity life in particular, is dangerous, hateful, and discriminatory. I have heard many students, particularly those who participate in Greek life, claim that the best way to change this culture is from within. But I question this—can we really change an institution so entrenched in such exclusionary values? In particular, to my “ally bros”—my “feminist bros,” my “gay bros,” and my “black bros,” among others—I ask you one question: can you really be a good ally to marginalized communities when you actively condone a racist, sexist, homophobic institution by your active participation in it? If you think the answer is yes, I would ask you to rethink your definition of “ally.”

Lily Grossbard is a first-year in the College double majoring in math and gender and sexuality studies.