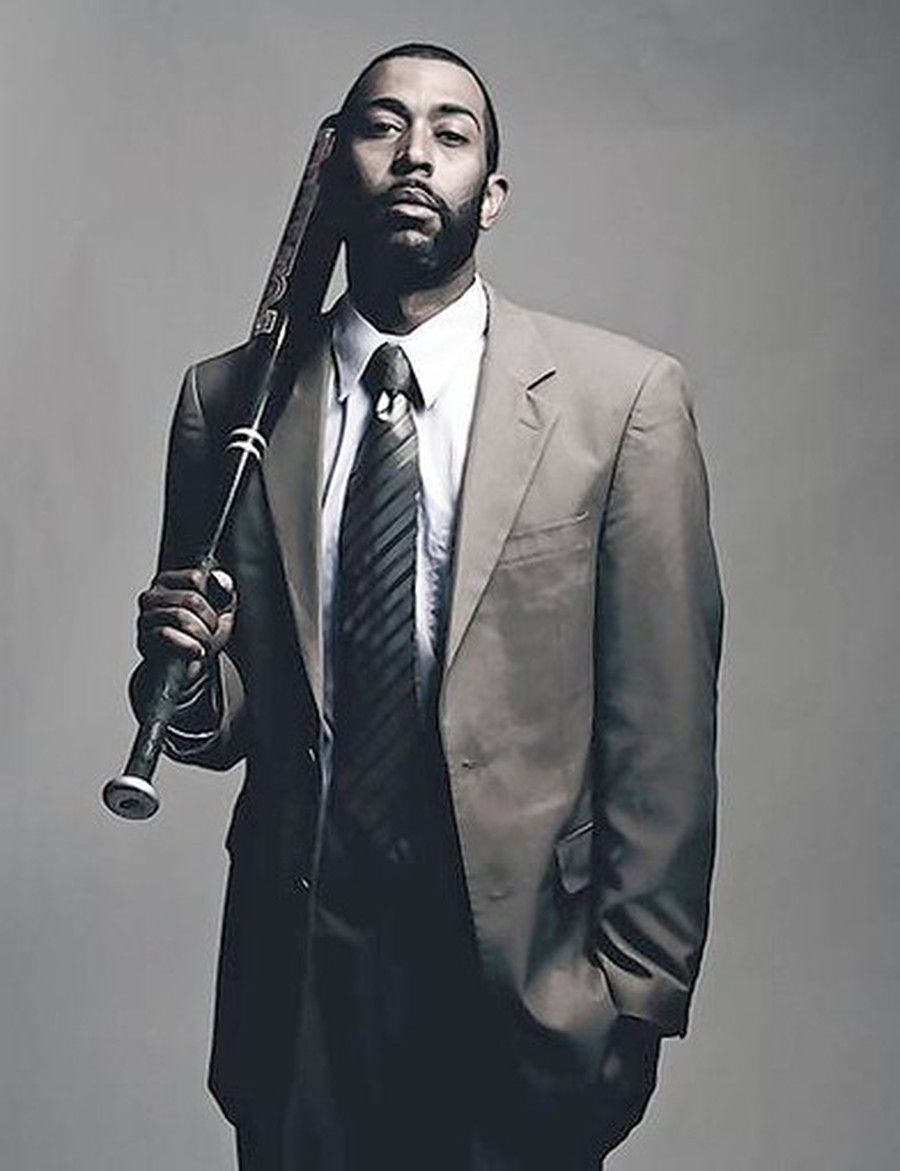 Comedian Felonious Munk, a Newport News native, has been making waves in national political circles through his series of YouTube commentaries.

When weather reporters cautioned people to avoid making their evening commutes due to the snowstorm last Wednesday night—the evening of Second City’s Afro-Futurism show—the old adage “the show must go on” came to mind. In spite of the wind and cold, the E.T.C. Theatre was packed with an audience ready to laugh.

Afro-Futurism came to Second City after Billy Bungeroth, the show’s director, approached comedians Felonious Munk and Dave Helem with the idea of collaborating. Bungeroth had seen the duo perform in their show, “Blipsters on Broadway” (Blipsters stands for “black hipsters”), and thought that their type of comedy would work well with Second City.

“There were very few black comedians on the North Side,” said Munk, one of the show’s creators and performers. “David and I felt like we had to change that.”

Afro-futurism as a genre has been described as a meeting point for black culture and science fiction. “It’s the idea of place in the society being reimagined through science fiction,” Munk explained. “In sci-fi works, there’s always this idea of a dystopian future where certain things that exist now don’t exist then.”

Through portraying dystopian worlds, artists could escape from the discrimination and various social problems they observed in their current society. But Afro-Futurism seeks to confront, not to escape. What the show aims to bring to Second City is social commentary through sketch and stand-up comedy—mediums that deliver messages in an up-close, personal, and striking way.

The themes that Afro-Futurism tackles change every week. Earlier this month, their sketches depicted a world in which people no longer needed to fight for LGBT or women’s rights because present-day norms had been destroyed. Last week, their theme was religion. One of the ensemble members, Aasia Lashay Bullock, did an interpretive dance to lines from a sermon. Sonia Denis and Dewayne Perkins were members of God’s “PR team” trying to convince “Joe,” played by Torian Miller, to keep his faith.

Aside from pure stand-up, performances were also interspersed with musical acts. So-Chi Voices performed original songs while Marcel “Mr. Greenweedz” Wilks rapped freestyle between sketches. Perkins and Bullock even managed to deliver social commentary by singing their criticisms via nursery rhyme while playing a clapping game. Like the rest of the performances that night, their timing was impeccable.

At the start of the show, one performer joked that Afro-futurism was “the blackest show on Second City.” However, it is a testament to the power and range of comedy that the jokes made that night were far from being ones that only a black audience could appreciate.

“The first audience was 80 percent black, the second audience was more mixed, and on the following Wednesday there were six black people in the entire audience,” Munk remembered. “But everyone seemed to get every bit.”

Munk believes that a good sketch can entertain a diverse audience even when it references particular niches associated with a specific group of people. He draws a helpful analogy to Beyoncé (whose song, “Formation,” the performers deemed America’s national anthem and played at the start of their show), saying, “Beyoncé made songs for women but you’re allowed to listen to it if you’re not a woman.”

But of course, good comedy also makes you think. Afro-Futurism has been described as “the future of comedy,” and its purpose befits this title.

“The future of comedy is a place where there’s [this] much social commentary,” Munk said. “If you can think of an issue that is happening right now, we address it in these shows.”

Throughout the night, the performers weren’t afraid to make bold jokes or involve members of the audience in their acts. They were energetic, fearless, and funny. The show must go on, despite more obstacles than just snow.