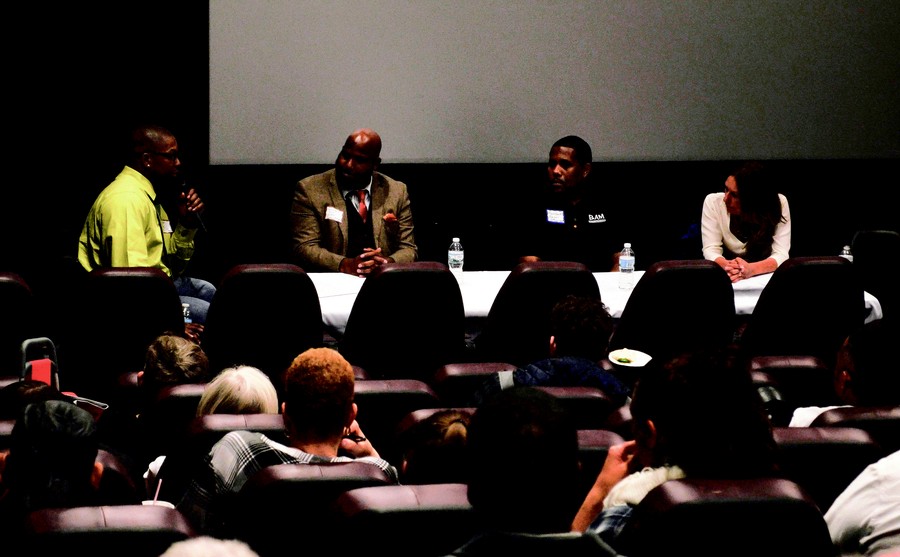 In light of the already more than 230 homicides in Chicago this year, representatives of three local gun violence prevention organizations met at Harper Theater to discuss their approaches to the issue.

The event was hosted by Evanston-based lawyer Vanessa Tanaka, as well as the owners of Harper Theater, Wendy and Tony Fox. Before the discussion, Lydia Jessup from the University of Chicago Crime Lab spoke briefly about the extent of Chicago’s gun violence problem and the difficult environment in which the organizations represented are working.

Panelist Marshaun Bacon from Youth Progress’s Becoming a Man (BAM) program, which focuses on character education for at-risk youth, spoke about his program’s work and the systemic difficulties and racial prejudices it combats.

In particular, Bacon discussed the challenges faced by students who are punished in school for behavior caused by traumatic experiences such as nearby shootings, as well as media and public perceptions of what causes violence, which he said lead to increased incarceration but no real improvement. “I think we have to refocus and readjust the lens so we can understand that this is not a problem of criminality, of savagery. This is a problem of oppressed peoples, oppressed populations, and a system that is designed to profit from them economically,” Bacon said.

According to Kerr, children affected by traumatic violence often face an expectation to “figure it out” on their own without receiving mental health assistance. Kerr also discussed funding for violence prevention programs, saying that it is common to focus on creating new programs rather than providing funds to ones than have already proved successful. Kerr also criticized funding cycles that demand significant violence reductions over the course of a single year rather than acknowledging the generational nature of the issue.

CeaseFire Illinois’s LeVon Stone, Sr., spoke about his organization’s successes in reducing violence by understanding it as a contagious disease and hiring local community members to patrol police beats in affected neighborhoods. According to Stone, the Illinois state government cut funding for CeaseFire Illinois in March of 2015 despite the program’s achievements in violence prevention, which included the first homicide-free Fourth of July in the recent history of the Englewood neighborhood.

Responding to a final question about how those present could best contribute to the organizations’ work, the panelists suggested that commitments of time are more valuable than those of money. Asked about what the audience could provide that would be most valuable to UCAN, Kerr simply responded, “We need your voice.”