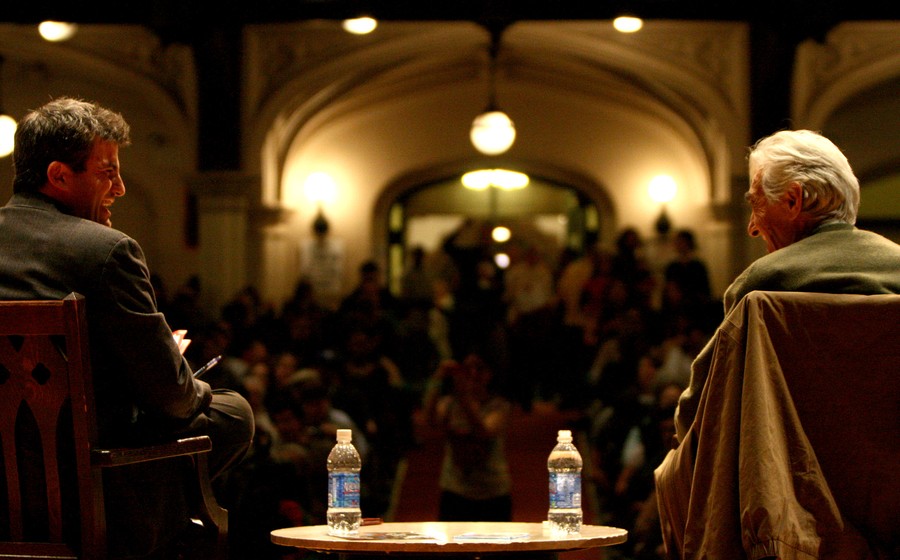 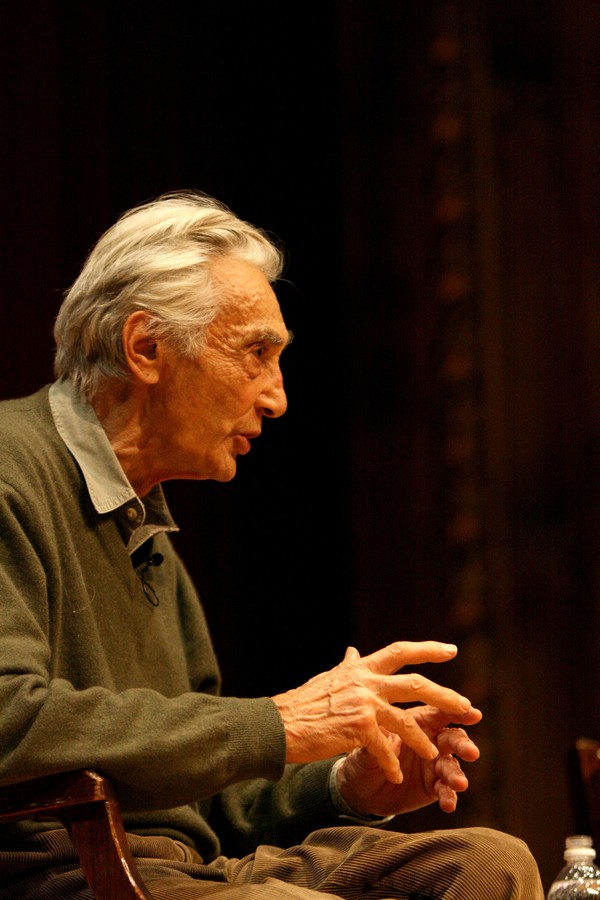 A People’s History of the United States author Howard Zinn urged a crowded Mandel Hall to take action against injustice in a conversation about social activism Saturday.

Though his talk kicked off the citywide Campaign to End the Death Penalty over the weekend, Zinn’s view on the death penalty was only one of many liberal viewpoints he shared. Soldiers receive commendation for killing in times of war, Zinn said, while the judicial system puts Americans away in droves for the same actions.

Dave Zirin, a progressive writer for Sports Illustrated and The Nation, moderated the talk, which included Darby Tillis, the first exonerated death-row inmate in Illinois, and Lawrence Hayes, a Black Panther. Zirin wrote A People’s History of Sports in the United States, an homage to Zinn’s history of underrepresented classes since the nation’s founding.

Zinn urged the audience to remain skeptical toward the government, especially when considering the death penalty. “I don’t trust the states, the government, the judicial system,” Zinn said. “These people are not fit to make [capital punishment] judgments.”

Zirin asked both serious and humorous questions of Zinn throughout the panel. “This will be like Frost/Nixon except I’m not British and he’s not evil,” Zirin said.

Several audience members wore shirts reading, “I Am Troy Davis,” a criminal defendant sentenced to death in 1991. Davis’s sister, Martina Correia, was present; she said that seven of the nine trial witnesses have recanted their original testimonials since the trial, but Davis still remains on death row. “We have to be determined, not deterred, and be in it for the long fight like Howard Zinn,” she said, referring to Zinn’s long career as a civil rights activist.

Zinn also voiced his opinions on the current wars in Afghanistan and Iraq, which he called “unjust wars against children.” Zinn pointed to the shooting at Fort Hood, Texas, last week as “a demonstration of what war does to people.” He compared the shooting to statistics that claim more Vietnam veterans have died as a result of suicide than combat.

Zinn, a self-avowed socialist, called capitalism “a total failure,” which prompted Zirin to riff on the University’s famed free-market scholar Milton Friedman. “How great is it we’re doing this at the University of Chicago,” Zirin said. “Milton Friedman is not very happy.”

A People’s History focused on historical examples not usually taught in classrooms, such as Chicago’s Haymarket Riots, Zinn said, instead of stories more favorable to the political elite. “If you want to study history, don’t go to school, go to the library instead,” Zinn said. “Especially not the University of Chicago.”

In a closing statement, Zinn encouraged the young audience members to embrace activism. “It’s fun to be in a social movement with other people who think and feel the way you do. It’s fun, it’s fulfilling. So whether you win or lose, in the meantime, you win.”

The talk was co-sponsored by the Organization of Black Students, the Coalition to Abolish the Death Penalty, and the Illinois Socialist Organization.