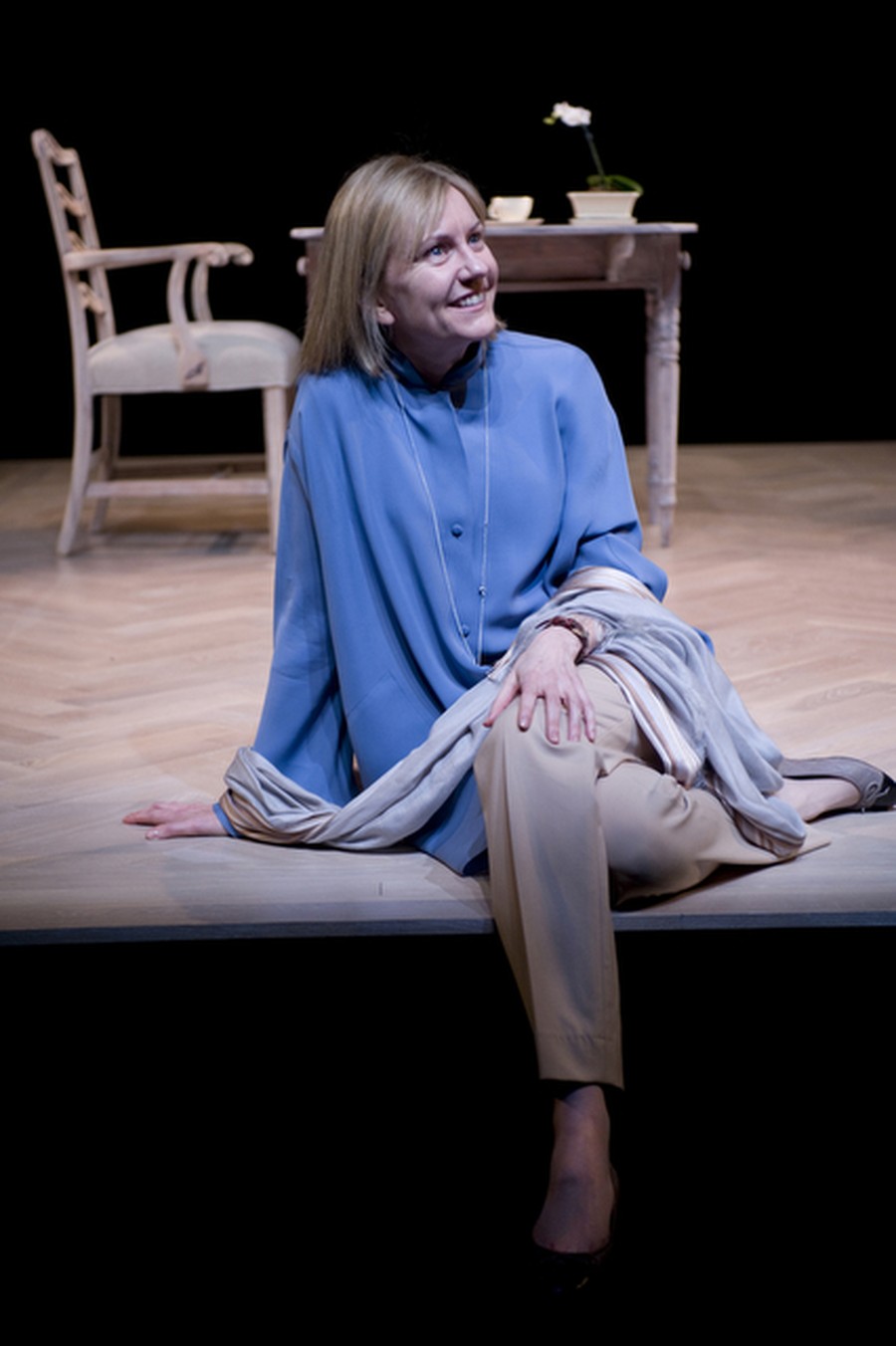 “You sit down to dinner, and life as you know it ends.” So says Joan Didion in the Chicago premiere of The Year of Magical Thinking, a one-woman play performed by Mary Beth Fisher at the Court Theatre. Adapted by Didion from her memoir of the same name, the play explores the nature of loss and what Didion calls “the question of self-pity” as it recounts the year after the sudden death of her husband, John.

Didion’s journey of grief begins in 2003, two years before the play is set, when her husband John collapses at the dinner table of their home in New York City. Life as Joan knows it ends. Counting the minutes one by one, she accompanies him to the hospital, where he is proclaimed dead. Yet Joan is strangely unfazed, a “cool customer” as she is so blithely called by the social worker assigned to help her. She proceeds to make arrangements for a funeral, all the while feeling as if she is just playing along with the notion that her husband is dead. At the same time, Joan’s daughter, Quintana, lies comatose in septic shock in another hospital. As Quintana’s health improves and then deteriorates once again, Joan finds herself bargaining and measuring to stay in control of a burgeoning life of grief.

The play is exemplary of the author’s style. Frank, intelligent, and humorous by turns, it examines through personal narrative what it is to mourn the “indefinite void” of a loved one’s death. Anecdotes about the everyday stuff of family life—quarrels, vacations, crayoned notes from a child—are intermingled with deeper ruminations on the rituals of mourning and the titular “magical thinking” that Joan employs. If she gives away her dead husband’s shoes, she reasons, he might not come back. If she turns down a familiar street in Malibu on the way to see her daughter in the hospital, she might get pulled into the “vortex” and lose Quintana forever. Grief makes her at once pragmatic and fanciful, and it is this dichotomy that spurs the action of the play.

As Joan, Mary Beth Fisher brings human insight and honesty to the source material, at once strong and vulnerable as she recounts the episodes of irrationality after John’s death. She is a woman who is both deeply aware of the illogical rituals of her mourning and unable to stop them. Fisher’s performance shines with this very ability to convey Joan’s fallibility without compromising her intellect and wit. The self-awareness of Joan’s grief comes through as both comic and sad, as when she recounts her eagerness to fill in the crossword puzzle clue “Sometimes you feel like ___” as “a motherless child” when the answer is, in fact, “a nut.”

The spare stage, comprised of a table, a single chair, and a cup of coffee, adds to the narrative’s confessional and unceremonious tone. Fisher sits, stands, sips, and rewraps her scarf about her neck easily, as if recounting the story to a close friend. She talks about dinner parties and summers past as casually as if we had been there as well. When she addresses the audience directly, her remarks are not distracting, but natural and intimate. Her performance rings true to the introspective tone of Didion’s script, while it extends and shares the experience with the viewer at the same time. The combined intellectual power of the two women, of the writer and of the actress, presents a character never reduced to a mere grieving widow.

The nuanced and subtle performance is only occasionally overshadowed by bits of heavy-handed visual metaphor: Lights spiral over the stage as we hear Joan talk of the “vortex” in which she fears losing control. The words are powerful enough on their own, and the imagery is jarring and superfluous.

“It will happen to you,” Joan warns us matter-of-factly. Indeed, if this play has a message, it is that grief is universal, inevitable, and deeply personal.