A little goes a long way at the MCA

The Language of Less demonstrates that, even in the age of iPhones and the 24-hour news cycle, there is still a need for simple reflection and minimalist style in art. 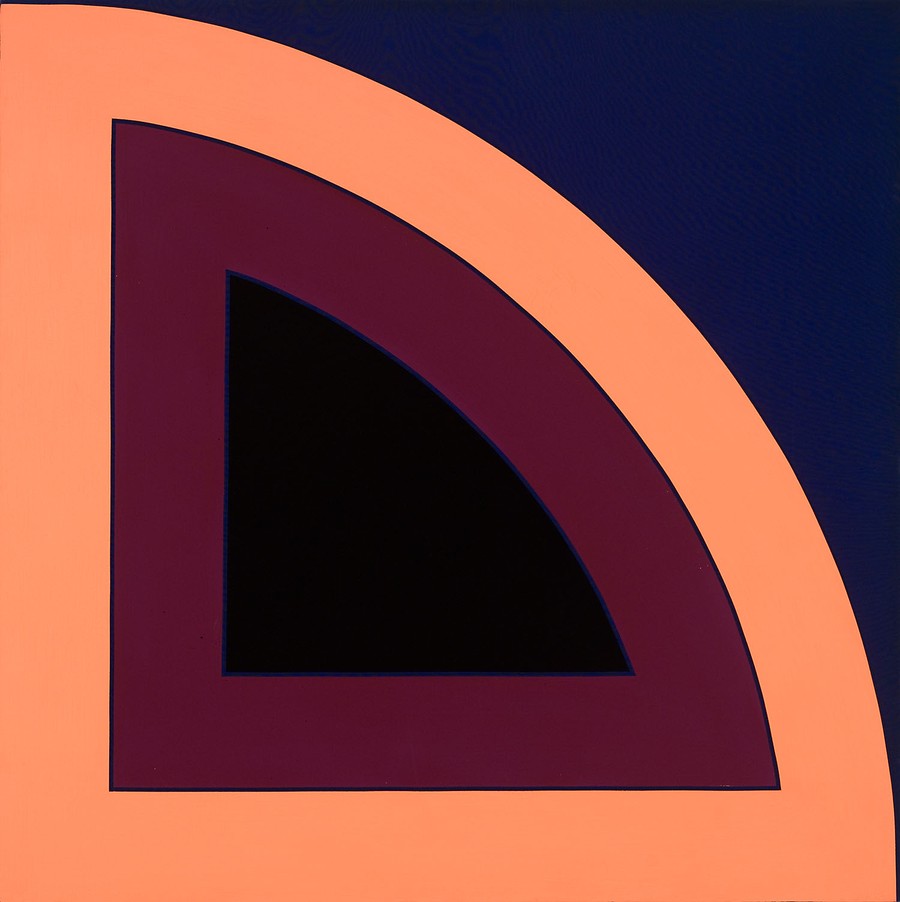 We live in a media-saturated world, soaked through with sensationalism. We are bombarded every day with images of tragedy, violence, and excess. It seems fitting, then, that a local museum house an exhibit featuring art reduced to its most basic forms, showing us the meaning of “simplicity.”

The Museum of Contemporary Art’s new exhibit, The Language of Less, is divided into two parts, titled “Then” and “Now.” “Then” displays the works of classic minimalist artists, a movement that started in the 1960s as a reaction to abstract expressionism, a markedly more emotional and personal movement. The MCA’s collection displays works from almost every big name in the tradition, separated into thematic rooms. The first room, “Building Blocks,” prominently features “Portal” (1964), a Robert Morris sculpture of an aluminum gateway painted pure white. Evoking prehistoric sculptures like Stonehenge with its dolmen-like shape, “Portal” is a good example of the early minimalists’ attempt to return to basic forms.

The second room, “Dimensions of Space,” shows how minimalist artists played with the space of the gallery itself. Radiating in the corner is Dan Flavin’s multicolored fluorescent light sculpture “Untitled 3” (1978); propped against the nearby wall is John McCracken’s “Untitled” (1967), a plank of wood covered with fiberglass green resin to look like pure industrial material. Reflecting the adjacent light, McCracken’s piece is still able to hold its own, as if it were a painting that escaped from the wall.

A piece in the third room by Jackie Winsor (“Cheesecloth Piece,” 1981) consists of cheesecloth stretched over a wooden cube. Evoking Japanese shoji doors, Winsor’s sculpture is a gentle centerpiece. In the final room, themed “Open Systems”, is a fishing net spread over a white platform, the entirety of Franz Erhard Walther’s “Net” (1963). Showing how even everyday objects have their own patterns and forms, “Net” is a clever, but almost too subtle play with traditional form. Dominating the room, however, is Tony Conrad’s “Yellow Movie 2/28/73” (1973). A sheet of paper at least six feet in length is pinned only on the top two corners, becoming misshapen as it rolls down the wall. A thick, black, painted outline suggests a “movie screen” in the center. The screen shows only yellowing paper, meant to evoke our own experiences with media.

Moving from the ‘60s to the present, the second part of the exhibit, “Now,” features the art of contemporary artists inspired by the early minimalists. The sculptures and paintings of Carol Bove, a Swiss artist, contain her signature diamond pattern and feminine references. “Drapery” (2011) is a net-like pattern painted onto canvas, evoking a fishnet dress or Walther’s earlier piece. Another sculpture incorporates layered peacock feathers, which seem silly and unconnected to her surrounding work.

Oscar Tuazon’s art gets its own dark room, a perfect place to display a work like “I gave my name to it” (2010), which combines Dan Flavin’s fluorescent pieces and Carl Andre’s flat steel-plane sculptures. Other works use destructive processes, such as shattering glass and burning paper, to achieve beautiful and often haunting effects.

The adjacent room is devoted to a series of loosely connected works by Jason Dodge. Supposedly encouraging the viewer to ponder the physical properties of the surrounding space, works such as “Weight” (2011), a tipped-over bathroom scale, try to remind us of gravity. However, this and the surrounding installations (for example “North,” simply a lightning rod pointing north) are too subtle and overwhelmed by the gallery space to have any evocative appeal.

Leonor Antunes is represented by her room-sized installation “walk around there. look through here.” (2011), a two-part work in which leather straps hang over a triangular-patterned cork floor. The eeriness and sadomasochistic undertones of the piece are instantly recognizable; however, the two materials are too disparate to have enough of an effect.

Fortunately, Gedi Sibony’s pieces, which make use of everyday construction materials, are a welcome contrast to Antunes’s installation. “The Teller” (2011) consists of drop cloth that Sibony has unevenly pinned to a wall, allowing it to fall down to the gallery floor. Humble and subtle, “The Teller” interacts with both the gallery space and the other works in the room. Unlike Antunes’s or Dodge’s work, Sibony’s sculptures use unassuming materials and understated forms to draw in the viewer rather than taking over or becoming overwhelmed by the room.

While there are hits and misses, especially in the contemporary portion, the MCA’s new exhibit is an excellent and thoughtfully arranged collection of minimalist works from the past and present. The Language of Less demonstrates that, even in the age of iPhones and the 24-hour news cycle, there is still a need for simple reflection and minimalist style in art.