The University of Chicago men’s soccer team (7–6–2) had a chip on its shoulder heading into Sunday’s game against UW–Whitewater (10–7). 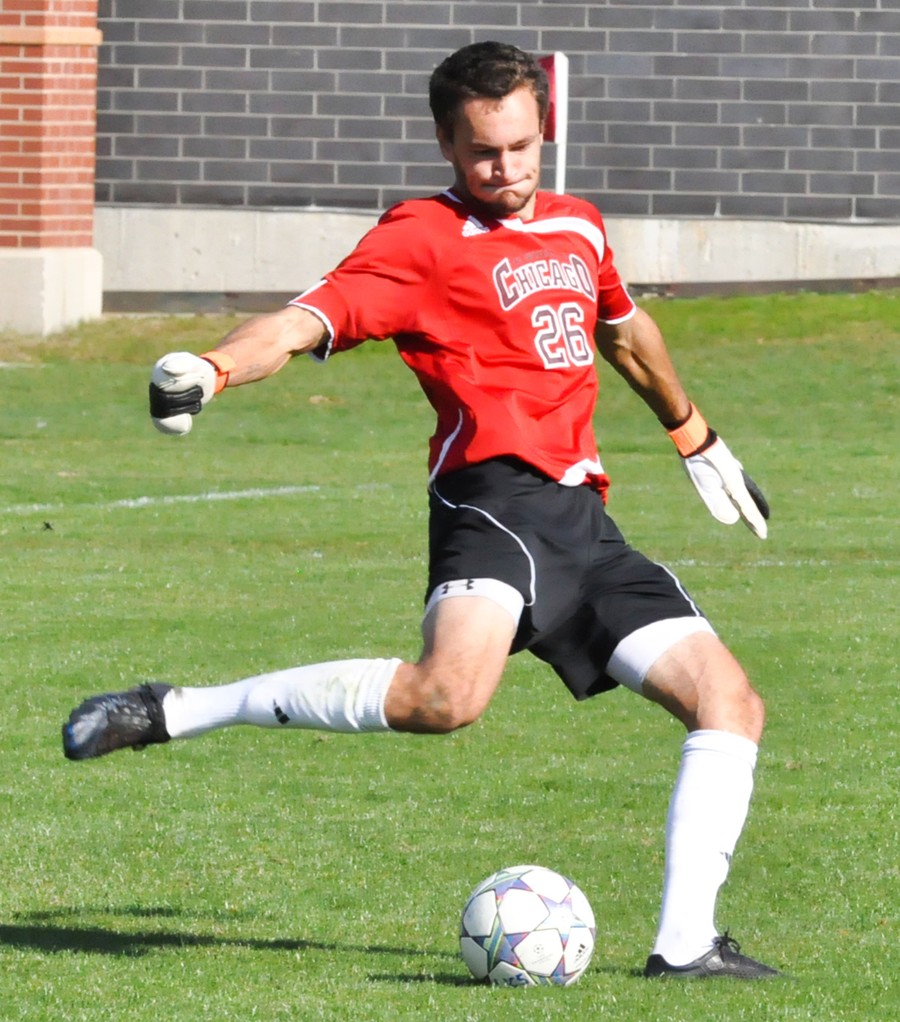 The University of Chicago men’s soccer team (7–6–2) had a chip on its shoulder heading into Sunday’s game against UW–Whitewater (10–7).

They had lost five straight before their win against Concordia Chicago on Thursday, and that was after going unbeaten for seven games prior to their losing streak. It was the fourth-years’ last chance at redemption against a Whitewater team they’d lost to in every one of their contests since 2006, and former All-American Pat Barry was acting as the Maroon captain one last time during the game’s coin toss, on the heels of becoming the first men’s soccer player to ever be inducted in the University’s Athletic Hall of Fame.

In short, Chicago had more than enough to play for, even without taking into consideration that it was their last non-conference game before hitting the home stretch of their season.

“It was a great win for the upperclassmen because we had never beaten them, and it was more personal in that sense,” said fourth-year defender, Rashad Masri.

“The win over Whitewater was great for the team in that we’re building a winning habit again and regaining confidence after a very slow start in conference,” added Masri.

Whitewater, ranked sixth in the NSCAA North Region, struggled to find a way past the stingy Chicago defense in the first half. Chicago also had troubles offensively, and between the two teams, only three shots were taken in the first forty-five minutes of play, none of which were on goal.

It didn’t take long into the second half for the Maroons to put the pressure on Whitewater. They fired three shots in quick succession at Whitewater goalkeeper Matt Mikesell in the span of just five minutes.

The last shot of the flurry hit net. First-year forward Kyle Kurfist scored the game’s lone goal in the 53rd minute off an assist from fourth-year midfielder Alan Pikna. Kurfist took the pass from Pikna and shook Mikesell on his way to the score.

“Everyone on the field and on the bench helped earn the win, I just happened to score on a great pass from Alan Pikna,” Kurfist said.

Pikna’s assist adds to his tally of scoring a point in three of the last four games, and Kurfirst’s goal was his second game-winner of the year.

Behind Masri, the Chicago defense limited Whitewater to two shots on goal and first-year goalkeeper Elek Lane only had to make one save in recording his fifth shutout of the season.

The victory over Whitewater puts Chicago over the .500 mark and ends a five-game losing streak in contests decided by a goal. The Maroons finished non-conference play with a 7–2–2 mark.

Chicago will prepare for a return to UAA play on Friday as they play Case Western (12–3) at 3 p.m. on Stagg Field. The game is the first of three in a UAA home stand that will conclude the 2011 season.

“We hope we can keep our momentum going into the double weekend with Case and Rochester, and try to change our luck within the conference,” Masri said.