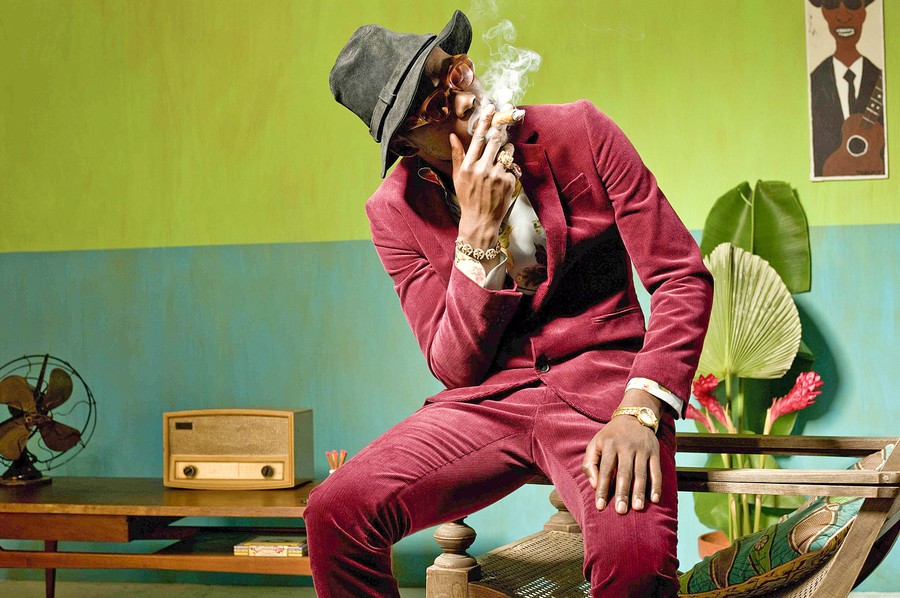 As it stands now, the music industry is so saturated with different artists that it’s borderline impossible for a single band or musician to stand out from the crowd. Theophilus London, however, is doing quite a good job of making an impression. Since the release of his debut full-length album Timez Are Weird These Days this past summer, the Brooklyn-based rapper’s fame has sky-rocketed. For an artist who has yet to achieve mainstream fame with an American audience, his accomplishments are astonishing. This is not entirely surprising since Theophilus London defies the contemporary stereotypes of rap music. His musical influences are eclectic, with everything from funk to pop to classic rock woven into his rap melodies. He has a unique fashion sense wherein he fuses street-style with hipster cool. It doesn’t hurt that he’s quite a looker as well—London appears in GQ this month and will appear in Vogue in November.

London opened for the Friendly Fires at the Metro on October 22, where the final element of his success came to the fore: his naturally commanding stage presence. London has the ability to channel an incredible amount of energy into his music while maintaining his effortless cool. His tall, lean frame adds a certain fluidity to his movements, and he maneuvers himself onstage with dancer-like ease. He mixes quirky elements into his performance, such as using the mic to hit what can only be described as an electronic wind chime, and he keeps up the energy by surprising the crowd with sudden transitions from a casual shuffle to a full-out dance move. And the crowd loves every minute of it. A man in the audience turns to me and says, “This guy’s gonna be a household name before you know it.”

The Maroon was fortunate enough to catch up with London backstage after the set. While discussing Cannes, fashion, and The Police, it became apparent that he really is as cool as he sounds.

Chicago Maroon: A lot of the songs on your Timez Are Weird These Days album sound distinctly different from each other. “Last Name London” seems like a classic rap song, whereas songs like “All Around the World” have indie pop elements. What are the common threads that hold the whole album together?

TL: I sit it down with the producer, thinking about our favorite songs, coming up with great melodies, coming up with awesome ways to talk about what love is like in 2011, modern love, all the trials and tribulations, all the connections we have with each other.

CM: Where do you get your inspiration? I had “I Stand Alone” playing the other day and my mother said it reminded her of The Police. Do you get any inspiration from them?

TL: Yeah, definitely. That song is actually a tribute to The Police. Most of my inspiration comes from references, like colors, shapes, flags, patriotism, women…

CM: Do you have a favorite song on the album?

CM: A lot of music reviewers have said you’re a fresh take on rap. What do you think distinguishes you from other contemporary rap musicians?

CM: Your performance at the Cannes Film Festival this summer was really well-received. Are you trying to reach out to more of an international audience?

TL: France is my biggest market in the world. South Africa, Germany…yeah, I’m actually bigger overseas than here but now I’m going to focus on America and get it poppin’.

CM: You’ve also gotten a lot of praise for your fashion sense, most notably by the New York Times Magazine. Obviously for a musician image is hugely important. How do you think your personal style relates to your music?