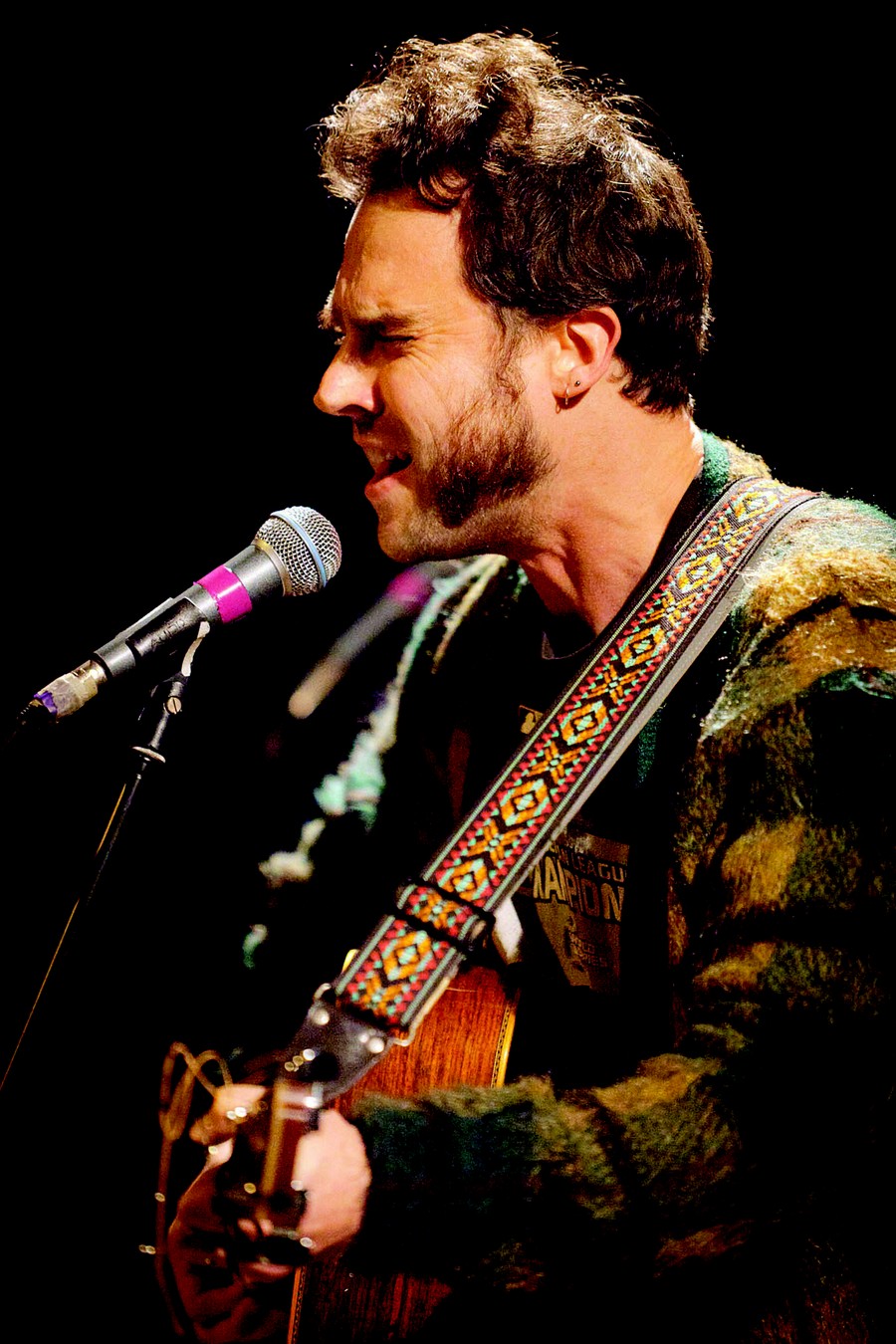 Artist Thomas Comerford, best known for his experimental documentaries, is beginning to get some recognition for his music career as well. An associate professor at the School of the Art Institute best known for teaching the history of punk music, Comerford has produced two albums with his band Kasper Hauser. On October 25, Comerford released his first solo project, Archive and Spiral. The Chicago Maroon caught up with Comerford to discuss his musical background, the makings of this solo project, and his future in the entertainment industry.

Chicago Maroon: At what point in your life did you decide to delve into music?

Thomas Comerford: That’s a good question, because that stuff had been going on all along. I started playing the guitar when I was 10 because my mom is musical, and she wanted someone to play with. She played the banjo. I did that for a while, and then petered out when I was in high school. When I was in college, I made the decision to be a artist; I was already studying sculpture and photography. In my second year of college, I started bringing my guitar to school and writing my own songs. I had already forgotten [how] to write music, so I was terrified of performing in front of others. At that point, it was mostly for me. Sometimes I would do open-mic performances and distribute CDs with tracks to friends. I ended up kicking around for a while in a couple of bands. Then I started to take it more seriously in the late ’90s and try to make a go, not taking it too seriously as to having a manager, but I wanted to invest more time in songwriting and performing.

CM: How does your interest in music complement your teaching of the history of punk rock?

TC: I was in high school in mid- to late-’80s. I wasn’t even post-punk at that point, but I started finding this music. In the ’80s there was a vital underground rock scene and that came out of punk. For me as a teenager, discovering this music was about connecting the threads to punk bands like the Velvet Underground and the Stooges. The essential component popularized by punk was this idea of DIY—making your own scene, doing your own thing according to your own principles rather than following business sense. That thread for me is most significant. Punk has now [become] generic, and that happens, but for me, what is most exciting about [punk music] are the ideas. I take to heart a lot of the ideas that are in the music. I play really loud music in a band called Kasper Hauser, which actually just started as a four-track project in my bedroom. So part of the motivation for the solo project was to deal with this other material, other things I wanted to explore.

CM: What is the significance of your album’s title, Archive and Spiral?

TC: I think the title is pretty significant in trying to suggest ideas about the collection. I like that it’s open-ended in how you want to deal with it. The idea of the archive in the first half of the record refers to very particular people. In one case I am performing someone else’s song, “Sunday Morning,” by the Velvet Underground. I like the idea of archive, thinking of the concept of an archive and how I still make films. I got this [notion] of archive as a person of ideas and stories and influences and cultural material we’re surrounded with... The idea of archive permeates the second half of the record, but it is more personal, less historically oriented. A couple of songs at the end work with particular images and ideas that work with folk music, like “Moonshiners” and “Sugar Baby.” For me, spiral has a bunch of meanings, but it is related to the meaning of archive and the idea of history being cyclical. I want the songs to be somewhat visceral; they’re definitely not for everybody because of the subject matter I’m dealing with. They attract a particular type of audience over another. I want them to have a visceral impact, not to be just conceptual. Spiral is a way of thinking about history, but also [refers to] having a destructive nature, like a downward spiral...

CM: After listening to the album, the lyrics of the song “Gravity” really stood out to me. Where do you find inspiration as a songwriter?

TC: I’m often inspired by reading the newspaper, fiction, and poetry. So I do get inspired by other writers, but then a big part of my process is more like automatic writing where I keep notebooks with me at all times, and I write down words and ideas. I’m aiming to be poetic, to find striking combinations of words that stress or find an interesting way to describe a feeling or situation. It simply comes through the activity of writing and letting my brain play with words. Another aspect of the process is writing the music, which I do on my guitar... and then I go through my notebooks and feel out where the songs are headed. Basically, looking at this stuff, I start to shape the words. Even though that’s the way I often do it, it’s not the only way. Sometimes I write a song in the afternoon.... Sometimes very pointed things drive it, other times the process is generating these words and feelings and descriptions, and, once the song comes into focus, how to arrange it...

CM: What are you working on next?

TC: Well, there are a number of things on the table right now. Kasper Hauser has 12 songs that I’ve written, so we’re going to record in December. It’s been kind of crazy—I’ve never written as many songs as I have in the past year and a half, but I want to keep working on the solo project. Another solo record will happen, but probably not until next summer. There are a lot of things in the works. I know certain things are going to happen, others may or may not. Somehow I usually find a way to do the things I set out to do, but if it takes a little longer than expected, that’s okay.