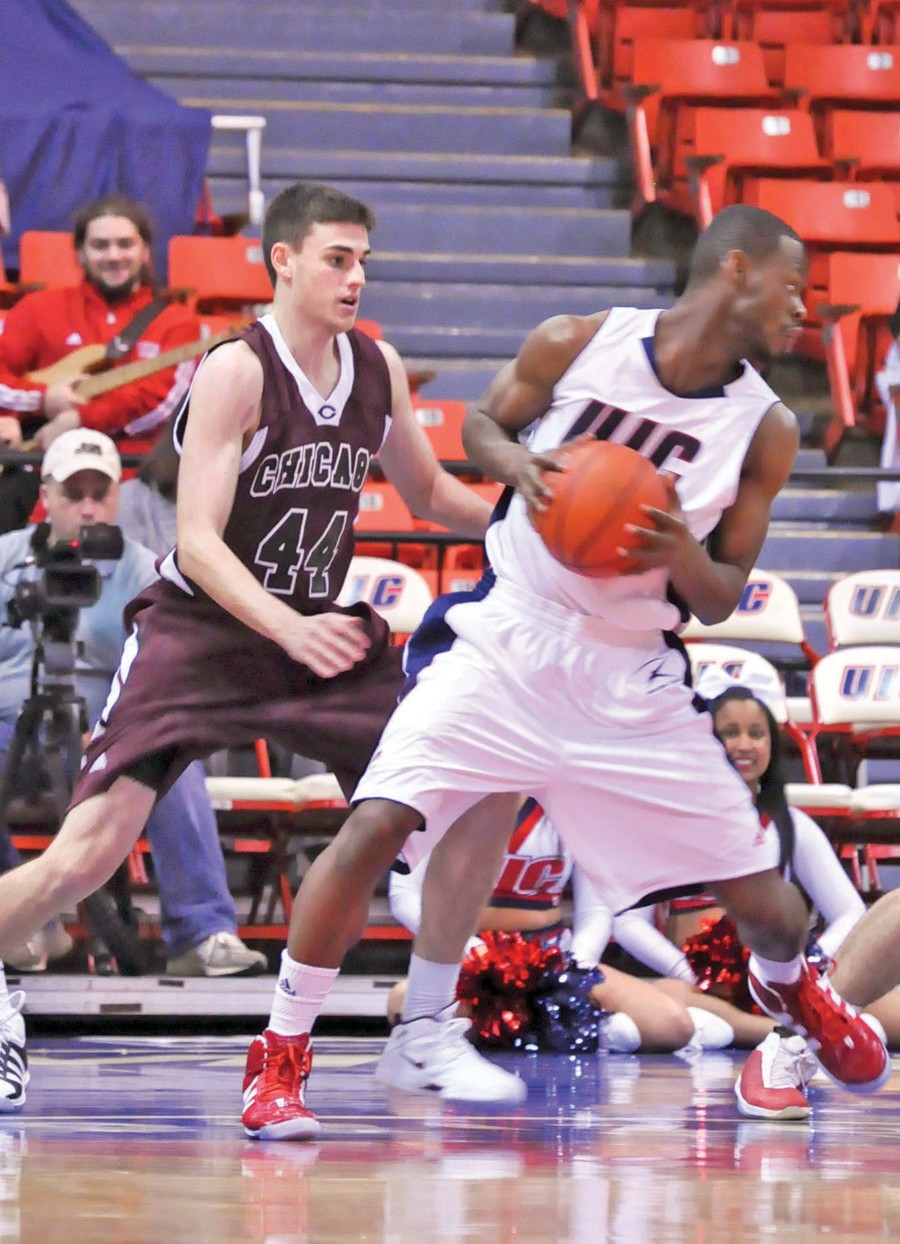 Whenever Kyle Korver of the Chicago Bulls scores a three-pointer, Bulls’ commentator Stacey King shouts emphatically, “Give me the hot sauce!”

Without an NBA season thus far, King should have come to the Ratner Center on Tuesday night. If he had articulated the saying every time a Maroon scored a shot from behind the arc, he might have lost his voice.

Chicago shot 14–28 from three-point range en route to a season opening 92–79 win against the Dominican University Stars on Tuesday night.

The win came easily for the Maroons, with 18-point shooting performances from both fourth-year guard Matt Johnson and first-year forward Alex Pyper.

“It’s a good start, but we still have a lot of room for improvement,” he said.

The Maroons were not in complete control of the game from the start. In the first 10 minutes of action, Chicago’s largest lead was at five points.

A shot from behind the corner of the arc by second-year forward Charlie Hughes created a 10-point lead which the Maroons dropped. By the half’s conclusion, Chicago was up by 22 points, 54–32.

Collectively, Chicago shot an even 50 percent from the field and 52.9 percent from behind the arc in the first 20 minutes. Individually, Johnson was the Maroons’ leading scorer of the half with 13 points, going 3–6 on three-point attempts. He credits his offseason work ethic for the stellar shooting performance.

“I worked hard this offseason to improve all aspects of my game, in order to be more consistent this year,” Johnson said.

The low-post presence of fourth-year Steve Stefanou, and the long range shooting from Johnson, Pyper, fourth-year guard Michael Sustarsic, and fourth-year forward Tom Williams dramatically increased the Maroons’ lead to 36 points with 14:35 remaining in the game.

Although the lead slowly declined from that point on, an under-the-basket layup by second-year guard Derrick Davis sealed the deal for the Maroons with 11 seconds left. Chicago won 92–79.

Pyper finished with 18 points, shooting 6–11 from behind the arc. McGrath said that, although he had never seen a performance like that by Pyper in practice or during the preseason, he had had a feeling that it was coming.

“I saw the potential from [Pyper],” McGrath said.

Johnson, being last year’s average leading scorer, added that he was impressed by Pyper’s abilities on the court.

“Alex had a great shooting performance in our first game, and I was glad he was able to see the floor for a significant amount of minutes [19],” he said. “It’s just his first year, but we have a lot of confidence in his shooting ability.”

Aside from Johnson’s and Pyper’s 18-point performances, other top scoring contributors for the Maroons included Stefanou (14), second-year forward Sam Gage (10), and Williams (10).

Looking ahead, the Maroons will play their second game of a five-game home stand against Franklin on Saturday. At the time McGrath was interviewed, he was on his way to watch Franklin play and had not done a scouting report prior to that visit.

Yet, wins for Chicago are necessary for an NCAA D-III National Tournament bid. If the Maroons do not control the UAA, then they will need to receive an at-large bid which is not only based on its conference record, but overall record, as well. Still, Johnson does not want the latter to occur.

“Our team goal at the start of the season was to win the UAA,” he said. “That’s been our focus since day one and is something that especially this senior class wants to see to completion. We know our conference is very competitive from top to bottom, but we are confident in the talent and ability to battle and put ourselves in a position to win every game.”

Saturday’s tip-off is scheduled for 7 p.m. at the Ratner Center.