The University of Chicago men’s soccer team (9–7–2, 2–5 UAA) may not have had the season they had hoped for in 2011, but they did lay the groundwork for even higher aspirations for the Maroon program. 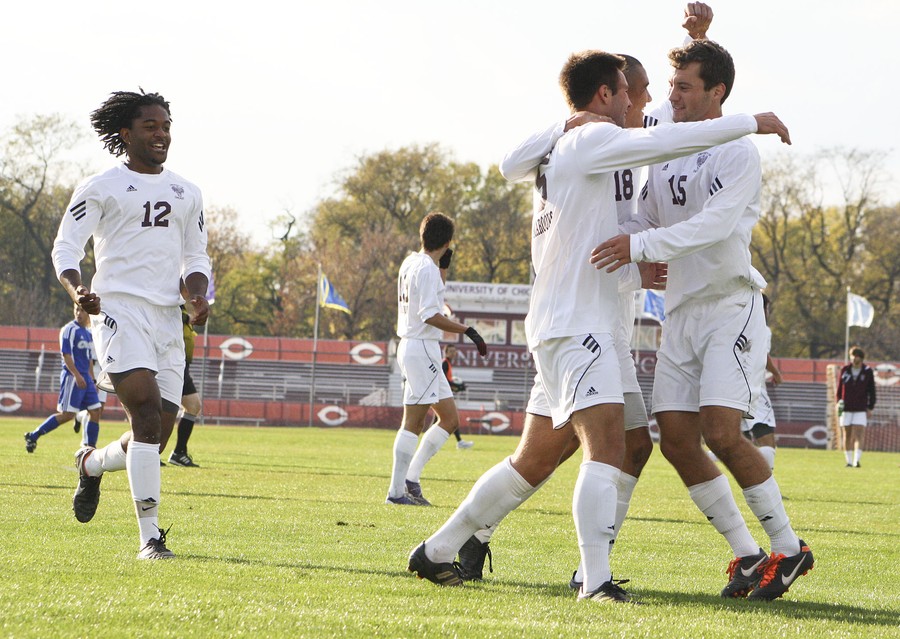 Every successful college program has those building block years. Though most teams never want to be seen as one of those blocks, without them, championships are nearly impossible to come by. The University of Chicago men’s soccer team (9–7–2, 2–5 UAA) may not have had the season they had hoped for in 2011, but they did lay the groundwork for even higher aspirations for the Maroon program.

Fourth-year midfielder, Stanton Coville said, “The season will, of course, be viewed as a disappointment because we didn’t accomplish our goals. It is especially disappointing as a senior, because I feel as though this is the best team we have had in my four years.  However, I think the team has a lot of great things to build on to move forward.”

Coville is one of six fourth-years who laced up their cleats for the final time this season. Though Stagg Field and Maroon jerseys may be in their rear view mirror, wins against the likes of Case Western and the University of Rochester, as well as multiple winning streaks, showcased the talent and effort their team put into the season.

Coville was one of two players to receive All-UAA First Team honors. He led the Maroons with nine goals and four assists. It is the second time Coville earns All-UAA honors. Joining him on the All-UAA First Team was first-year midfielder Michael Choquette, who was also named the 2011 UAA co-Rookie of the Year. Choquette scored one goal on the year and made two assists in conference play. Other Maroons to receive accolades were fourth-year defender Rashad Masri and first-year goalkeeper Elek Lane. Both received honorable mention recognition.

The Maroons finished seventh place in the UAA, but return countless starters as they look forward to building towards a UAA Championship–caliber 2012 season.

In Chicago soccer language, the name Stanton Coville translates directly to “powerhouse in the box.” Coville has been the Maroons’ leading scorer for not one, not two, not three, but four years. This year alone, he scored nine goals, nearly a third of the team’s cumulative 29. His proudest achievement this season? “It would have to be the double victory against Case Western and then Rochester in overtime in the same weekend.” He’s left a legacy at Chicago; if there was a ball in the back of the other team’s net this year, chances were good that the last thing it had touched were Stanton Coville’s laces.

Rookie of the Year: Michael Choquette

Don’t let the long hair fool you—first-year midfielder Michael Choquette is all business when he steps on the field. The UAA co-Rookie of the Year, Choquette scored four goals and had three assists this year, playing an important part in a dynamic Chicago offense. Choquette is only the third Maroon in school history to be named UAA Rookie of the Year. Choquette was also named to the All UAA First Team, an honor he shared with fourth-year Stanton Coville. With Coville graduating next year, Choquette could be called upon to fill the goal-scoring void.

Fourth-year Alan Pikna is the definition of earning your playing time. His first two years, Pikna saw action in a combined total of seven games and didn’t start. His third year there was improvement, as he started seven games, scoring a single goal and chipping in an assist. This year he exploded, scoring five goals, second behind only fourth-year Stanton Coville, while also adding three assists. He was deadly from the field, scoring on nearly 40 percent of all shots he took. Not bad for someone who barely saw the field his first two years.