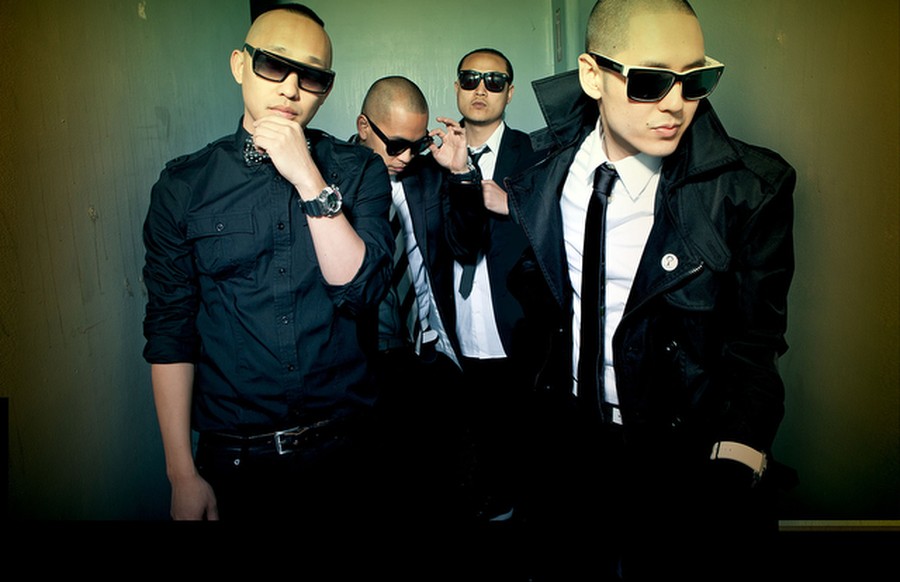 Far East Movement, hailing from Los Angeles, has been dominating radio stations and party playlists with infectious jams like “Rocketeer,” “Girls on the Dance Floor,” and, of course, “Like a G6.” The Maroon caught up with band member Kev Nish shortly after he and the rest of his crew finished a show at the Allstate Arena in Rosemont to talk about growing up in L.A., the future of “FM,” and what it means to make music for “the playlist generation.”

Chicago Maroon: How was the show tonight?

Kev Nish: It was incredible. We just got off the stage about 30 minutes ago, and there was so much energy. When we did “[Like a] G6” and “Rocketeer” and even some of our new stuff, there was just this great reaction. It feels like Chicago really supports what we’re doing, and we appreciate that.

CM: Your music is kind of a cross between hip-hop and more of a techno sound; I’ve heard it called hiptronica or electro-hop or techno-rap. What genre of music do you think you make?

KN: “Free wire.” That’s why we came up with the album name. We grew up in L.A. in a very diverse environment. We were going out to raves until seven in the morning, going to hip-hop shows, punk concerts, all different genres. We just mash everything up, blend it all together, and see what happens. Growing up, whenever someone did something that was outside the box, we would say, “that’s free wire,” and that’s what we do.

CM: No matter what you want to call it, your sound clearly resonates with people today. Do you see this type of sound coming to define pop in the future?

KN: Definitely. We’re in “the playlist generation,” if you even want to put a label on it. We feel really lucky to be making music in a time when people’s minds are open to hearing and seeing new things.

CM: Your new song with West Coast hip-hop icon Snoop Dogg, “You’ve Got a Friend,” definitely has a laidback, West Coast vibe to it. How much has growing up on the West Coast influenced your sound?

KN: Being on the West Coast, the music and lifestyle is going to have an impact. Listening to all the radio stations in L.A., having icons like Snoop Dogg and 2Pac, listening to low-rider jams every Saturday night are all a big part of our hip-hop background. At the same time, the Internet has really informed our musical tastes. We’ve been exposed to a lot of people who aren’t from the West Coast: Biggie, Kanye—we listen to people from all over. I remember going to one of my favorite shows—a Kanye and Dilated Peoples mashup—which was when I decided that what I really wanted was to be up on that stage.

CM: In a similar vein, you call yourselves the Far East Movement, and your Asian heritage clearly has a role in your group identity. How much do you think it influences your sound and image as artists?

KN: Growing up in L.A., whether it was [just certain] streets or whole neighborhoods, it was really diverse. There were just as many Latinos, blacks, making music and partying together: It was one big mixed-up melting-pot clique. It really made us more aware of other cultures musically. People see the name Far East Movement as an Asian thing, but that’s not what we had in mind. FM is a new lifestyle movement; it’s all about being multicultural. It was originally based on a song called “FM” that I wrote. It was a terrible song, actually. I’m never letting anyone hear it. [Laughter] But it’s been about the music first—always.

CM: You produced ABC for Jin, but at the same time, The Stereotypes produced most of Free Wired, and you didn’t produce any of the songs on there, at all. What’s the story with your producer status?

KN: We started producing for survival back when we were a junior crew. Back then the only way to get beats was ripping sounds online or making your own. Making beats was cheaper, so that’s what we did. Once we got momentum and things became more serious, we knew that we weren’t the best, and we had people like The Stereotypes and The Cataracs who had a sound we really liked. We want the pros to do what they do best, so we can concentrate on songwriting, developing song structures, that sort of stuff. We are really honored to work with The Stereotypes and all our other producers.

CM: It’s rare in the music industry to have the humility to step away and acknowledge that someone else is better and work with what they’re doing.

KN: That’s always been the mentality—not letting egos come into it. I mean, we’re four guys [that] grew up like brothers. It’s easy to make decisions as a crew when you’ve been doing it since you were sitting around a lunch table.

CM: Looking at your music videos and concerts, you clearly have a very fashion-conscious style. Has fashion always been important to y’all as a group, or has that come with your celebrity status?

KN: We were always into fashion; we’ve just had different tastes. We would wear up-and-coming streetwear brands, and as their styles and brands grew, we grew too, so we were sort of coming up together. Whatever was free was our next look. We’re not the type of guys to go shopping; we like to get hooked up.

Plus we don’t really have the time. We really are workaholics. We’ve got what we call the “no-fun zone,” when we’re in the club, where we’re just watching the crowd and the DJ and paying attention to what the DJ does and how people respond. That’s been our biggest influence—just seeing what works and doesn’t work when we’re out partying. It all plays in together.

CM: Your music really took off in the club and party scene. How important is it for you as artists to make music that’s danceable?

KN: It really depends on the song. We first got famous for “Girls on the Dancefloor,” but then we challenged ourselves and what the record label might have expected with “Rocketeer.” Everyone was expecting another club song, but we wanted to do something different—incorporate different styles, different stories. We always want to bring in different elements, like alternative hooks or old-school hip-hop flows. We submitted it to our label, and they were shocked that they liked it as much as they did, even though they were expecting something like “[Like a] G6.” They wanted us to do what was cool for us, and we’re grateful that people accept that.

KN: It starts with a session with a producer—like yesterday we were working with Benny Benassi—and the producer will either start with a blank slate and make something with us, which is okay, or they will have something already made for us. Often we’ll come in with sounds we like or clips from old dance tracks, and once the elements are there for what you feel like is a good song, we’ll start writing. We start with the hook, and it’s really a team effort. Sometimes we’ll have Bruno Mars or a co-writer with us, and we’ll just vibe off each other.

We used to just split up and write, but then it was just three MCs with notebooks, and when we came back together, it wasn’t always very cohesive. Our goal has always been to make songs that have replay value. This way our songs come out easier and more fun and are representative of us as a crew rather than just one person. This process helped with Free Wired—working together and mashing stuff up without boundaries.

CM: Speaking of which, what are you listening to right now?

KN: Right now? The Beastie Boys. Michael Jackson. I’ve recently downloaded some Smashing Pumpkins, some ’90s alt-rock stuff, Nirvana. We were just onstage with Tinie Tempah, and I’ve been listening to him lately. We really like everything he’s been doing.

CM: You’ve worked with people like Snoop Dogg and Bruno Mars, and you’ve done shows with pretty much every top billboard artist. Who has been the most fun for you to work with?

KN: That’s hard to say. We had a lot of fun on tour with Rihanna in Australia. There were great vibes the whole time. Then there’s LMFAO. Every time we’re with them, it’s debauchery and chaos. We’ll wake up and not know where we are or how we got there. There are so many great people we’ve worked with and they’re all memorable for different reasons.

CM: It’s been a relatively quick transition for you from just messing around to world tours and sold-out arenas. What was the moment when you realized that you had “made it?”

KN: We don’t feel like we’ve made it yet. We’ve been on the road for a while, and it’s nice when we go back to L.A. and people know us, but as a crew, we’re always fighting for more. We try and never get excited and always keep working hard. There’s always something more to accomplish or learn. Every show we’re pushing it. We haven’t made it yet, but I hope that one day we’ll be able to tell you we’ve accomplished something.