While RHs and professors may facilitate some of your day-to-day activities, the U of C administrators are at the top of the food chain when it comes to both your life at the University and the life of the University itself. 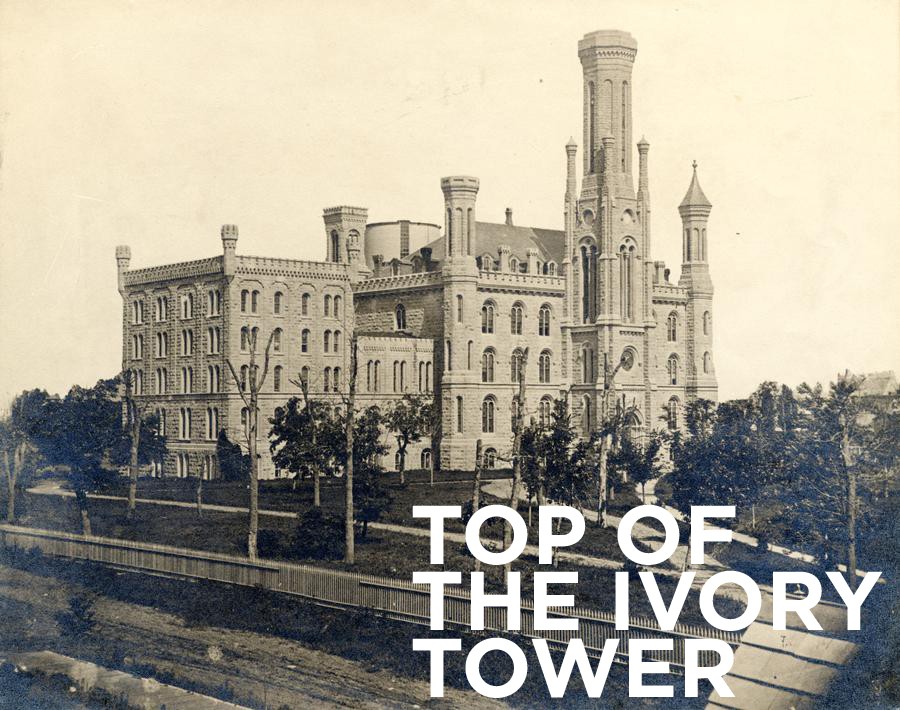 With the Board of Trustees in charge of broad, long-term issues, the President, Vice Presidents, and Deans are the ones in charge of the actual running of the University of Chicago. They have a lot of power – your professor can’t expel you, but administrators, through a formal process, can – and a lot of it is discretionary. While administrators don’t flout any laws or rules, Dean of Students Susan Art might, for example, let you off with a stern warning but no further action if you’re taken to the ER for alcohol poisoning.

In the U of C kingdom, President Robert Zimmer is the reigning monarch, having assumed the throne in 2006 to become the thirteenth president of the university. Under Zimmer’s tenure, the University has seen a $100 million donation for undergraduate financial aid, a $300 million donation to the Booth School of Business, the opening of the Center in Beijing, the construction of Mansueto Library, and the start of work the Logan Center for the Arts. Zimmer also rode out a firestorm of controversy over what was initially the Milton Friedman Institute, which has since merged with the pre-existing Becker Center on Chicago Price Theory to become the Becker Friedman Institute for Research in Economics. Zimmer has focused on issues of academic freedom, and on expanding the University’s reach both globally (with the Beijing center and a proposed center in New Delhi) and at home (with a recent agreement with the city of Chicago to develop the area surrounding the University).

On the academic side of things, Provost Thomas Rosenbaum is Zimmer’s right-hand man, broadly in charge of academic programs including the College, all the schools and divisions, the library, Urban Education Institute, and the Smart Museum. All deans on campus ultimately report to Rosenbaum – whether it be Dean of the Law School Michael Schill or Dean of the Humanities division Martha Roth – and his office is also tasked with efforts to increase diversity and improve campus childcare. Rosenbaum additionally oversees a five-year plan to increase the size of the faculty, adding 60 professors to grow the academic departments by one percent each year as part of a larger expansion of the University.

One of the administrators reporting directly to Rosenbaum is also one of the most visible, Dean of the College John Boyer. Much-beloved by students, Boyer makes sure the Core is up to par and that, generally, undergraduate students get the best academic education possible. He’s also responsible for study abroad programs, a responsibility which took on added importance last year when he, along with Study Abroad director Martha Merritt, had to decide about evacuating the Cairo and Jerusalem programs (Cairo did, Jerusalem did not). Currently on his fourth five-year term, Boyer is the longest-serving dean of the College and is also the Martin A. Ryerson Distinguished Service Professor in History. As the University’s unofficial historian, Boyer has written a series of essays and monographs on different facets of U of C history, and occasionally lectures on the topic of the University’s development. Often seen sporting a tweed cap riding around campus on his bike, Boyer leads an annual bicycle tour of Chicago, which is often well attended. His appreciation for the University of Chicago knows no bounds – and the students love him for it.

As for student well-being, the two top administrators closest to students’ everyday lives are Vice President for Campus Life Kimberly Goff-Crews, responsible for essentially everything outside the classroom, and Dean of Students Susan Art, responsible for general health and happiness of students. Art works closely with Goff-Crews and Boyer, and is in charge of the academic advising program. Goff-Crews is in charge of everything from class registration to RSOs. Last year, Goff-Crews continued to reform the student health care system, merging the Student Care Center and the Student Counseling and Resource Service into Student Health and Counseling Services. Goff-Crews is also one of the most visible administrators, sending out e-mails to the student body and often attending open forum events alongside or in place of President Zimmer. She even occasionally writes op-ed contributions for the Maroon.

Although they’re not the most approachable members of the U of C faculty, administrators have tried to put a stronger focus on communication with students in recent years. If you want to learn about the newest updates on campus, don’t be shy to attend their quarterly coffee and donut meetings. Because after all, the only thing better than having a conversation with President Zimmer is a French cruller and cup of joe.