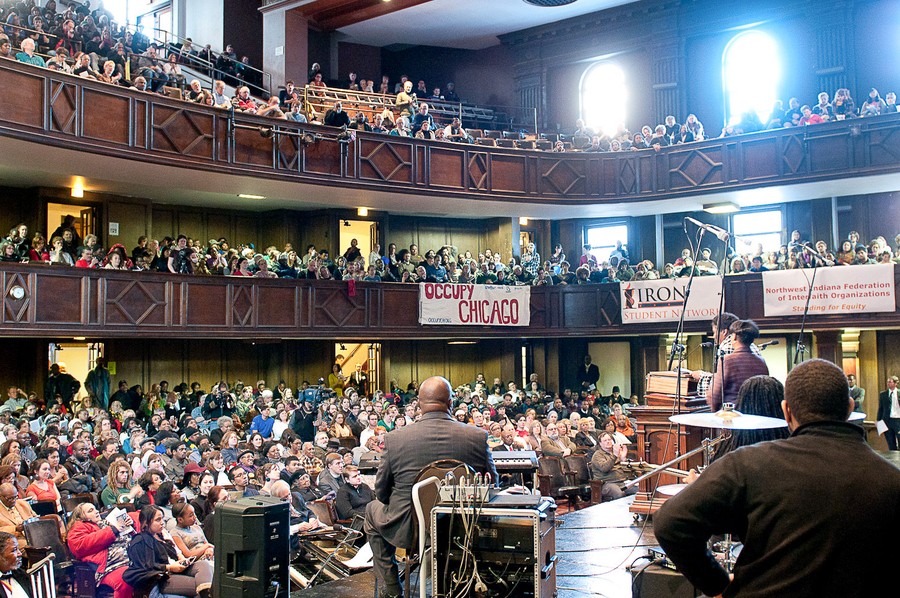 Droves of community groups and activists, including dozens of University students, gathered Sunday at the People’s Church of Chicago in Uptown to reflect on the legacy of Dr. Martin Luther King, Jr. and call for legislative action.

About 70 U of C students were among the 1,500 people who turned out for the day-long commemoration of King’s work, dubbed “Occupy the Dream”, which kicked off a week of political action and agitation.

An MLK Day celebration is held every year by Southsiders Organized for Unity and Liberty (SOUL), one of the day’s coordinators. However, this year’s event had an “Occupy twist,” according to SOUL member and event speaker Toby Chow.

“In many ways the Occupy movement is the heir of MLK’s legacy. King was killed while planning the Poor People’s Campaign. This mass movement around economic inequality didn’t happen, so what we’re seeing now is what he wanted to see happen,” Chow said in an interview. “There is definitely a great advantage in bringing up these more populist, progressive demands in an audience.”

Third-year Caroline Wooten, who helped to recruit U of C students in organizing Occupy the Dream, was hopeful that the event would capture Washington’s attention.

“By helping pack the church, we could really put pressure on these politicians and let them know that people in Chicago are pissed off and we expect our politicians to play their roles,” she said.

Political action in association with Occupy the Dream continued during the week. On Monday, Dream participants joined demonstrators at Federal Reserve Banks in Chicago.

The event was coordinated by the Illinois Indiana Regional Organizing Network (IIRON), which includes a number of Chicago grassroots organizations in addition to SOUL.