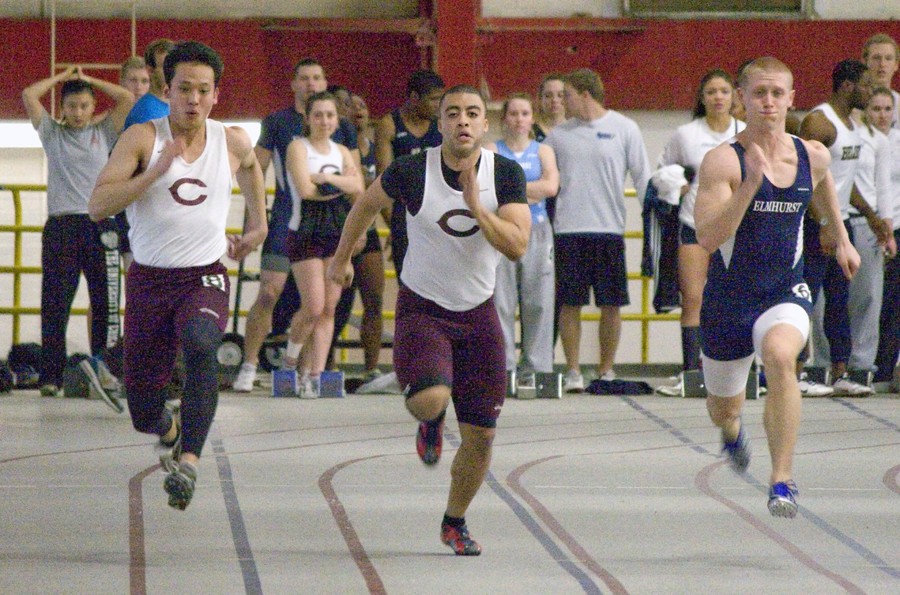 Margaret Bradley was a “renaissance woman,” head coach Chris Hall said, a member of the concert orchestra, an “outstanding student,” and an All-American cross country runner. A 2001 graduate with an A.B. in biological sciences and geophysical sciences, she had enrolled in Pritzker School of Medicine in 2003. Her future was bright. But on July 10, 2004, searching for help for a heat-exhausted hiking companion in the Grand Canyon, she became lost. Without water, she died shortly from dehydration and heat exposure. A bright future: gone.

The annual Margaret Bradley Invitational, which started in 2008, consecrates Bradley’s contributions to Chicago athletics. It testifies to her memory. It keeps it alive.

“We’re still trying to figure out our roster for next week. So that’s what we’re doing this weekend... trying to see where people are at, who’s performing really well right now,” Hall said. “We’re trying to iron things out, as a coaching staff. They should be feeling a little bit sharper this weekend.”

“I think that the team as a whole, right now, is looking to kind of fine-tune,” third-year distance runner Isaac Dalke said. “We’ve been really focusing on putting the finishing touches on the work that we’ve done so far.”

The level of competition this week will be lower than in recent meets, and better place results are expected. That’s not a condemnation of the field; it’s a testament to Chicago’s rigorous schedule. Just two weeks ago, the Maroons faced what are now the top four teams in the country, all in the same meet. None of the seven schools competing in this meet are ranked at the national level.

“We’ve been in a grinder this year, competing against the best teams in the country,” Hall said. “I think, with some of our younger athletes, there have been times when it’s really frustrated them.

And, at a critical juncture in their season, this kind of competition might be just what they need.

“Sometimes you’re a little more inspired when you’re running close to the front,” Hall said. “Our [athletes] are great kids, and they’re working hard, and they’re getting better, and they’ve gotten to the point where they accept ‘this is who we are,’ now let’s get better.’ And I really think they’re going to show that this weekend.”

There are also the added benefits of competing at home. The 11:30 a.m. meet is the Maroons’ second and final home meet of the season.

“It’s always fun to be able to have my friends come out, to have friends’ friends come out,” Dalke said. “I don’t know if there is a tangible advantage, but there is a lot of comfort racing on the Henry Crown track where we’ve been working out for the last eight weeks, seven weeks.”