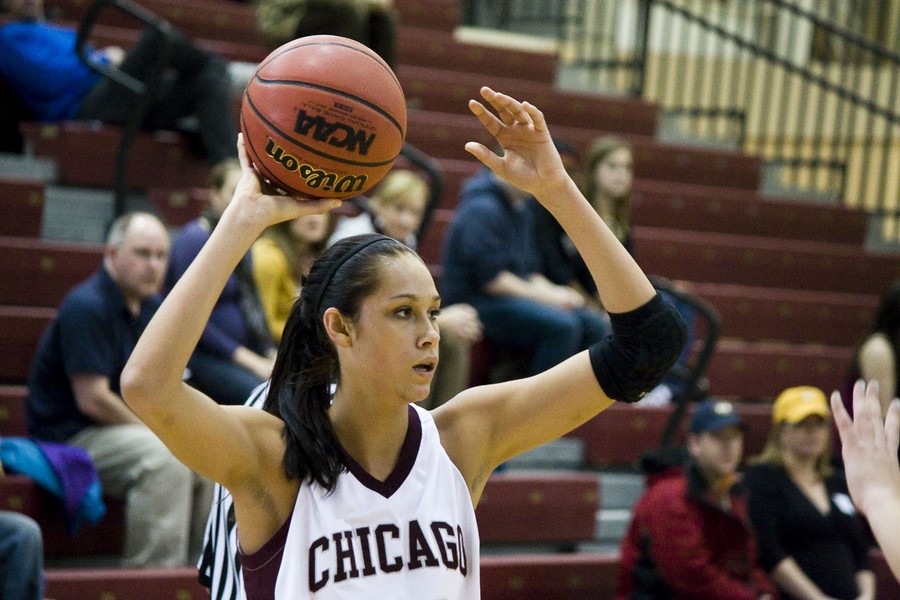 Chicago easily defeated Brandeis (8–16, 1–12) and NYU (10–14, 2–11) this past weekend, cementing their claim to the UAA title and the conference’s automatic bid to the NCAA tournament. The pair of victories comes a week before a highly anticipated rematch against Wash U, one of the best teams in the country and the only team in the UAA to truly challenge the Maroons in conference play this year.

At a glance, Friday’s game against NYU seemed like a close, hard-fought battle between two evenly matched squads. Chicago only led by two at the half and was shooting a paltry 28 percent from the field to go along with eight turnovers. But a closer look shows that Chicago never trailed in the first half, with the lead swelling to as large as eight. The Maroons kept making pushes, but were unable to put NYU away.

“The UAA is one of those conferences that on any given day, anyone can beat anyone. It all depends on who shows up and wants it more,” fourth-year forward Morgan Herrick said last week.

In the second half, Chicago was able to break the game open, relying on their trademark defense to stifle the NYU attack. The Violets were only able to score 19 points in the second half and were harassed on the glass, only managing to grab 34 rebounds compared to Chicago’s 52. The Maroons would go on to win 57–42.

The Maroons got off to a fast, dominating start on Sunday. Chicago held Brandeis scoreless for more than eight minutes and led 14–0 before a lay up from Brandeis guard Shannon Hassan was able to stem the bleeding. After the initial burst, the game was never really close, as Chicago held a lead of 20 points or greater for most of the second half, ultimately winning 77–50. First-year guard Morgan Donovan took her opportunity with extended minutes to lead the team with 15 points off 6–7 shooting, including 3–3 from beyond the arc. Every Chicago player saw at least five minutes of playing time.

“Morgan just gets it,” said head coach Aaron Roussell after the game against Case Western last weekend. “She doesn’t play like a [first-year] out there and hasn’t for a long time.”

The season ends this Saturday at Ratner against Wash U, one of the strongest teams in the country. Saturday’s game will be a good barometer of Chicago’s preparedness heading into the NCAA tournament. The Maroons will also be looking for revenge; last year, after defeating Wash U twice during the regular season, they fell to the Bears in the Elite Eight. Also, Wash U is all that’s left standing between the Maroons and an undefeated season. Chicago is one of just three undefeated teams left in the country.

“We are all really looking forward to preparing for Wash U,” said first-year Hannah Ballard, who scored 14 points on the weekend, “and the game against them is always the most fun and exciting.”