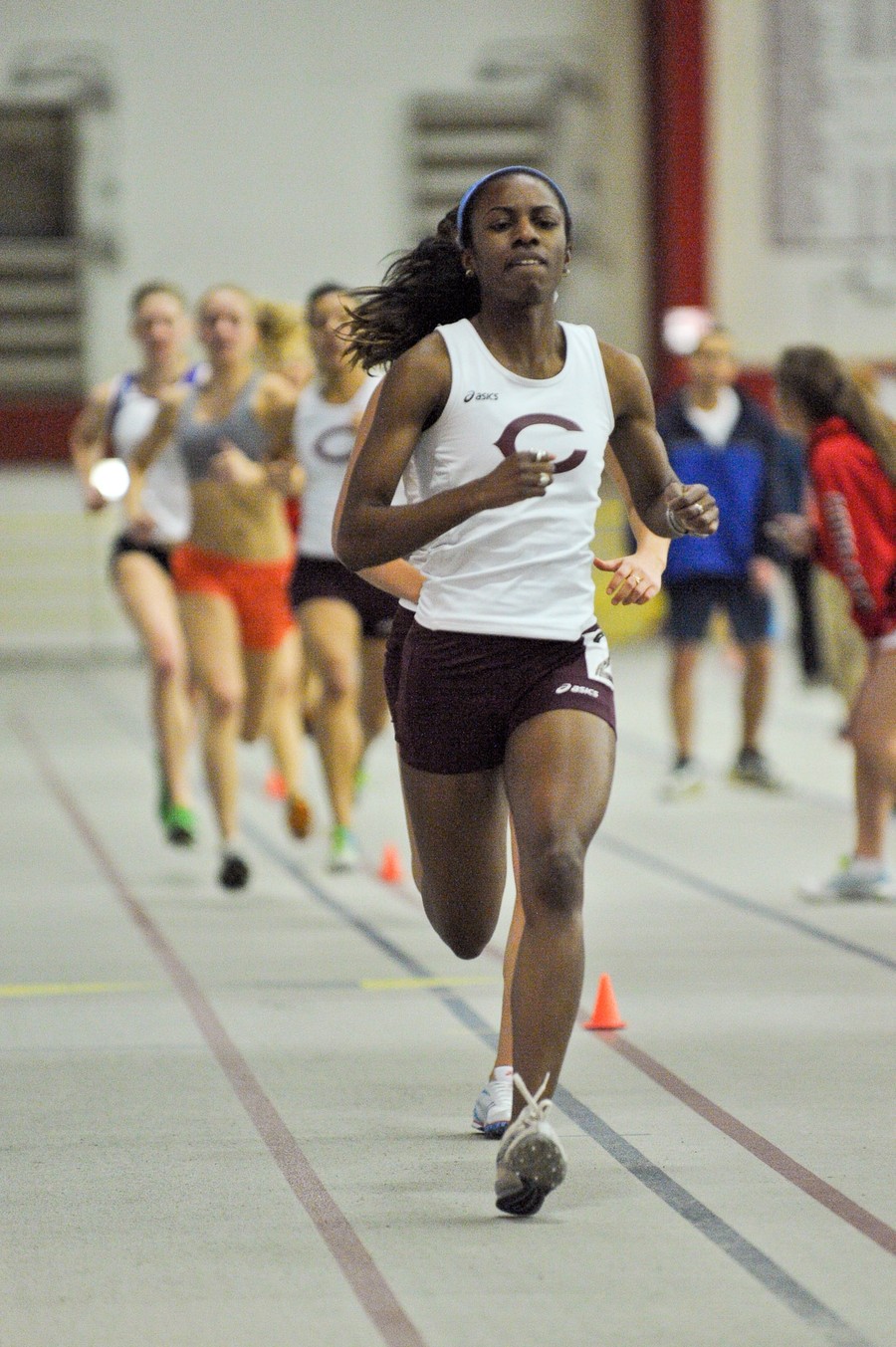 With a time of 11:59.64 at North Central this past weekend, the team has claimed the 10th and final qualifying spot in this weekend’s race, which consists of 1,200–, 400–, 800–, and 1,600-meter legs. The relay’s time is less than a second behind ninth-seeded St. Thomas (Minn.), a little more than five seconds behind eighth-seeded Amherst, and more than 20 seconds behind top-seeded Middlebury.

“I don’t think you ever go into anything saying, ‘Hey, we expect to get into the national meet today,’ but, you know, quite honestly, I’ve felt that we have a team that could qualify, and I wasn’t surprised. I was happy. You know, things came together,” head coach Chris Hall said. “We put our top four legs on that relay at the same time for the first time this year, and it worked out really well for us.”

“We’re delighted. This is the time of year when our teams begin to reap some national success. It’s always good to see swimmers going to nationals, track athletes going to nationals, women’s basketball players being involved in the national tournament,” athletic director Thomas Weingartner said. “It’s a great thing, a culmination of a lot of hard work, and a chance to really prove yourself against the best in the country.”

McDonald also qualified for the 800-meter run, but has decided to forego the event. Since the 800-meter prelims take place immediately before the DMR, she wouldn’t have had enough time to recover for the relay.

“There are a few other women who pulled out of the 800 for the same reason—the distance medley is right there, and they need to be fresher for that,” Hall said. “We made the decision that we wanted to run our best relay down there.”

He continued, “She’s a team person. But it’s also an individual thing. To go there with three other people, I think, is more special than going out there and doing something strictly on your own. If they walk away from this as All-Americans, you’re going to be really enjoying that with the other people.”

The top eight teams in Friday’s relay will be named All-Americans, and that is the target.

“Our goals are going to be to be All-Americans this weekend. The DMRs are so hard to get into—they really are. I feel like you’ve already been through the preliminary rounds,” Hall said. “I think it’s very realistic for us to be in the top eight; I think if we run the way we did this past weekend we’ll be an All-American team.

“We have to knock off two teams.”

You can’t count on a win. Barring a disaster or a miracle, it’s not going to happen. But that doesn’t mean, say, a fifth-place performance is out of the question. Eighth place isn’t the limit of their ambition, but it is the finish that will, in a sense, define success or failure.

“We’ll be out there running to finish as high as we possibly can. I don’t think it’s realistic for this group to go out there and think, ‘Hey, we’re going to be in the top two, three in the country,’ unless somebody else doesn’t perform really well,” Hall said. “After that, I feel like it’s relatively open, you know, where teams could finish from that point on, but I don’t know if they would be much more excited to be fourth, fifth, sixth, or seventh than they would to be eighth.”

“I am very excited to see what we can do on Friday,” McDonald said. “We are very pleased with being ranked tenth.”

The women’s DMR starts at 7:20 p.m. on the track of the Charles Benson Bear ’30 Recreation and Athletic Center. For the women, it’s time to become All-Americans, or to return to Chicago with nothing but the experience.

“Obviously, they’d prefer to finish higher than eighth,” Hall said, “but I think if they get to that point, it will be a very nice drive home.”