Chicago Manual of Style | From hairline to hemline 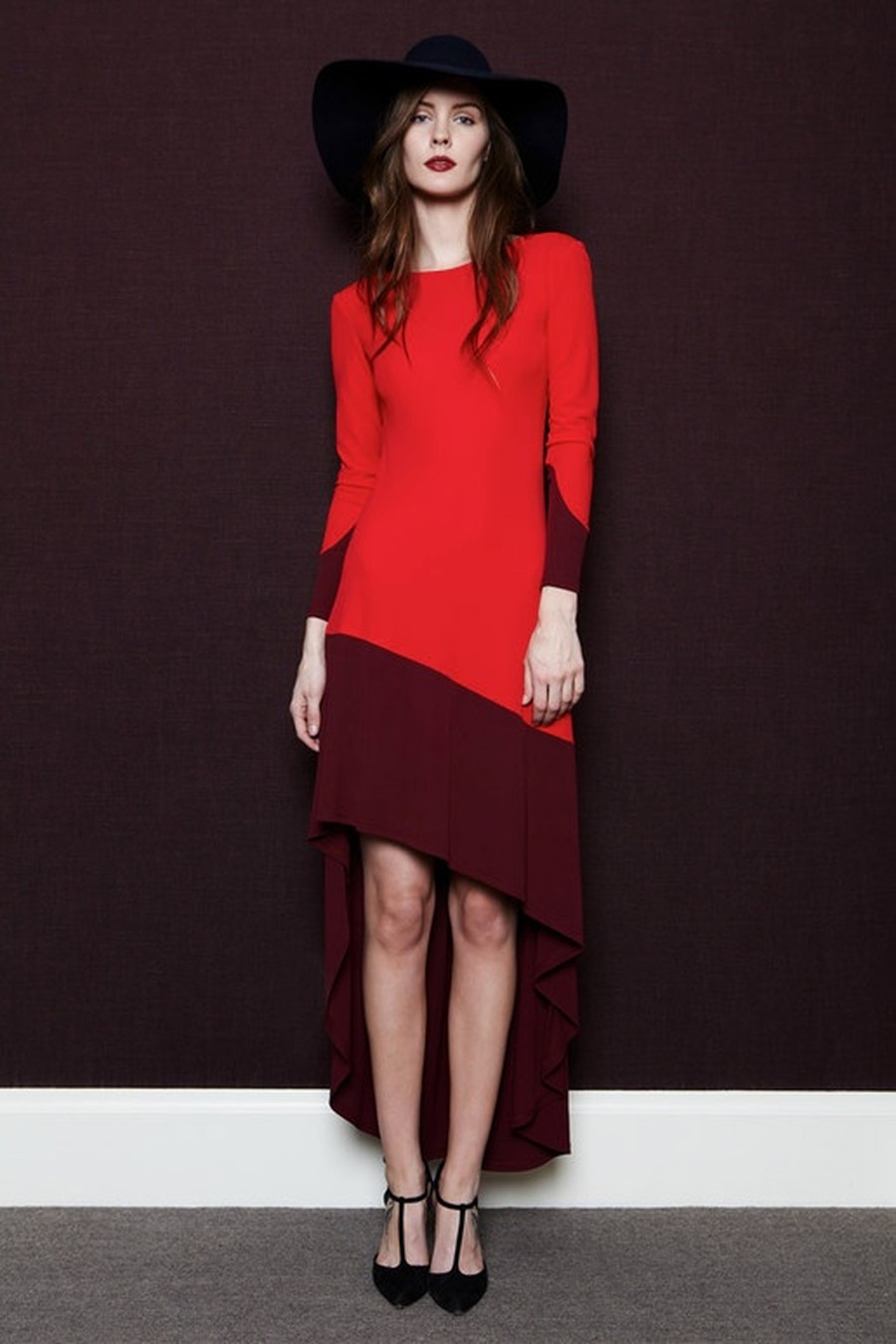 “Hey girl, you got a fine mullet.”  Nope, don’t hear that one often—at least not in reference to the tiered mane made infamous by Billy Ray Cyrus. However, the mullet is making a comeback, though (thankfully) in a different form this time: the hemline. Dresses, skirts, shirts, even jackets are cropping up and hanging low this season, as the clash between mini and maxi has closets everywhere locked in a stalemate. Though the business-in-front-party-in-back style has graced runways for some time now, the look has recently begun to trickle into more accessible shops, and I’m all for this one.

Chicago spring is, needless to say, a bit confusing. I’ve lost count of the number of times I’ve sweated the day away in a chunky sweater because the dark, body-bending wind outside my window was in fact blowing a humid 74 degrees. And we’ve all come across at least one girl who, in celebration of the sun’s appearance (the sun!), chose to wear a thigh-skimming dress, unaware of the fact that she was asking for six hours of numb-kneed discomfort. So what, then, do we put on our bodies while we wait for mother nature to pick a side?!

Ok, this might be taking the idea of transitional dressing a bit too literally, but you have to admit, it makes sense. Slip on a pair of tights and you’re set for a cool day; if it’s hot, hang free and give those jean-suffocated shins a break. Pair a mulleted skirt with just about anything, because you’ve got all your bases covered (though I’ve got to advise against putting any two mullet-cut pieces together; double-mulleting might be worse than double-deniming or even—gulp, this exists—double-velouring).

In the wake of the fashion week surge, we can take a few notes from the runway. First, prints. With a hemline as striking as this, flashy patterns can be a bit overwhelming, so keep it simple (The Fall 2012 Ready-to-Wear line from Crop by David Peck provides some lovely examples of clean patterns and muted colorblocking). Second, length. As is true of the original hairstyle, no two mullets are exactly the same. Some mullet-cuts, like the ones Stella McCartney has been cranking out for several years, give a full-length sweep in the back, while others, like the short shift dresses by Jean-Pierre Braganza, offer just a little jump in the levels.

However you decide to wear your mullet, don it with pride (never thought I’d say that). Cross your fingers that short skirt weather will get here soon, but while you’re waiting, hang on to a little bit of the cool air that you know you’ll be missing by July. Though the original mullet passed out of sight pretty shortly after it made its creeptastically silky appearance, I think this new one will have us all singing “Achy Breaky Heart” for a while. At least until the awkward leg tans set in.