Back on track: Maroons take second at Ted Haydon Invitational 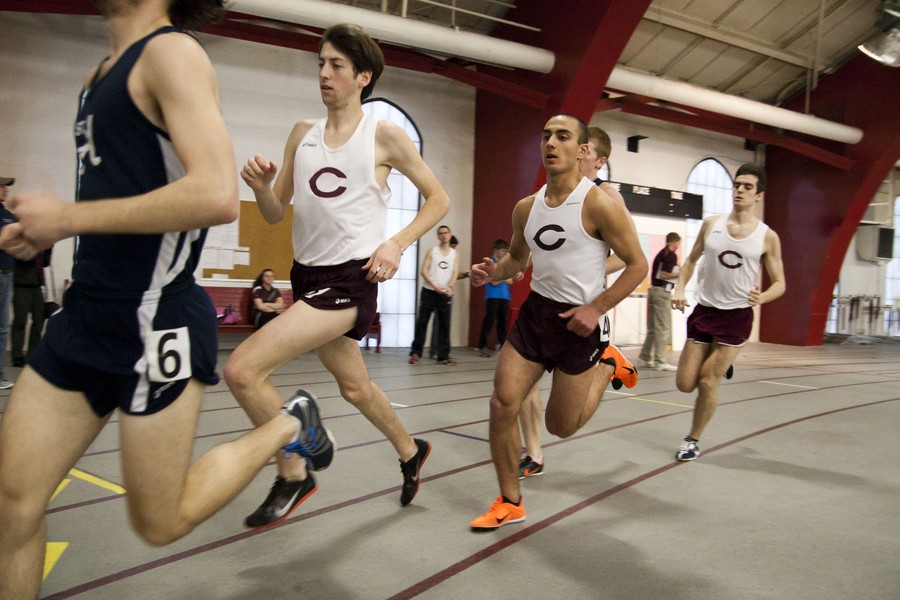 In the buildup to the meet, head coach Chris Hall described it as an opportunity for the Maroons to knock the rust off and get back into a competitive mindset after a long layoff. So far, the signs are encouraging.

“I think that we did relatively well,” third-year distance runner Julia Sizek said. “There were definitely some people who did great despite having mid-season slumps in indoor, and it was great to see them improving again. I hope that we can continue this momentum through the rest of the season.”

There may not have been many individual victories, but Chicago performed with consistency across the board. In a meet in which the focus was more on individual preparation and improvement than on team goals, the ability of individual Maroons to record scoring performances shows, if nothing else, that they haven’t let their extended break affect their focus.

“The team had some good performances,” fourth-year high jumper Donny Chi said. “Good times all around, and it got us back into the track mindset. We’re looking more prepared for conference than we were for indoors. Mine sucked, but if I’m going to have a crappy meet, I might as well have it now.”

For the women, it was the jumpers who looked most impressive, with first-year Pam Yu and fourth-year Madison Allen, who were both coming off strong indoor seasons, performing particularly well. Yu won the triple jump (10.70m) and the long jump (5.13m) and Allen finished second in the long jump with a distance of 5.01m. Second-year Lyda Harris was also victorious in the pole vault (2.58m). Fourth-year Paige Peltzer, who finished second in the high jump after missing a large portion of the indoor season due to injury, performed encouragingly as well.

It may not have been the most memorable day Chicago ever had, but it was valuable preparation and the team benefited from finally getting outside and back on the track.

“I think that we were not necessarily pumped to be moving outside, but at some point you must,” Sizek said. “We definitely are moving toward a better position in the conference, and I hope that we can continue to do well, because we need to make up for lost ground in the last two weeks.”

The Maroons will now turn their attention to next weekend’s Chicagoland Championship, the indoor equivalent of which they won earlier this year. Like Chi says, this was the week to get bad performances out of the way. Excuses will be harder to come by as the season goes on.