"Mirror, Mirror" is the fairest flop of them all

"Mirror, Mirror" does its best to ruin a fairytale classic. 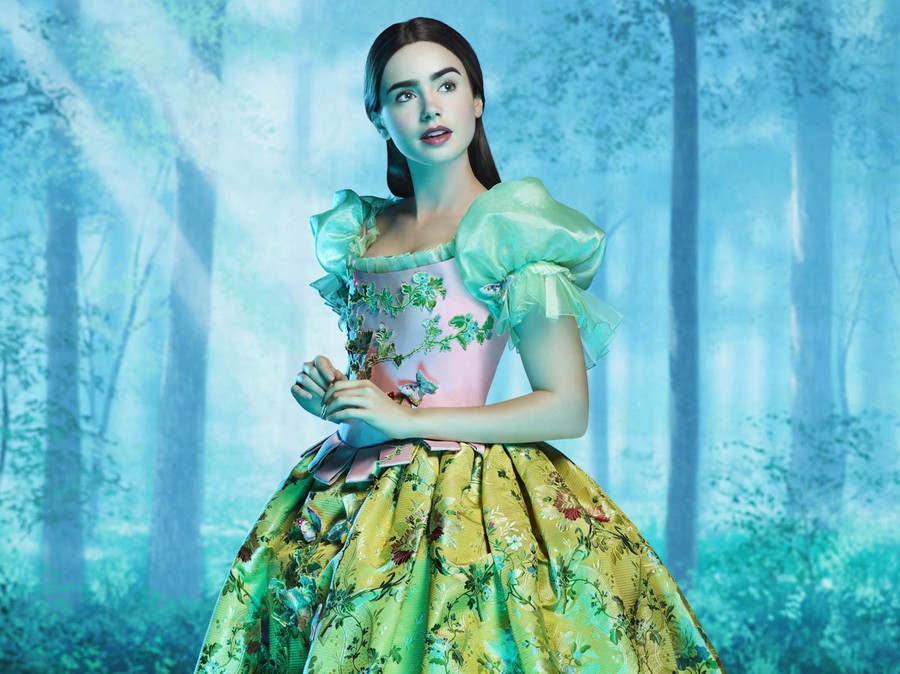 When news broke that 2012 would welcome not one, but two new major studio adaptations of the Grimm Brothers’ classic “Snow White,” Hollywood exploded in a fit of wagging tongues and early bets: Which Queen would reign supreme—Julia Roberts or Charlize Theron? Of the poisoned princesses, who would end up fairest of them all—Lily Collins or Kristen Stewart?

Well, with the release of Tarsem Singh’s Mirror, Mirror, Rupert Sanders’s Snow White and Huntsman, due out in June, can breathe a sigh of relief. The fairy tale bar has been set so low that even the seven dwarves would throw it a side-eye.

To many, this might not be particularly surprising. Singh, whose best film to date is 2006’s stunning The Fall, has garnered a reputation for producing movies of unparalleled style that often forgo substance for vision. Without a strong script, he offers up mediocre popcorn flicks like last year’s Immortals. Add to this an ever-more-apathetic Julia Roberts, whose ennui shone through even in Mirror’s three-minute trailer, and model-turned-actress Lily Collins, and prospects weren’t promising.

You know the story, and outside of a few turned phrases, Mirror, Mirror doesn’t change much. Armie Hammer is winning as Prince Alcott, and Nathan Lane is a breath of life as the Queen’s hand, but otherwise everything expected to go wrong, does.

Julia Roberts, whose star power has been fadingw rapidly with a flaming tail of box office flops, has officially lost whatever charm her canyon-wide smile once held. Her stiff and cold exterior could’ve lent itself quite naturally to the role of an evil queen, but Roberts doesn’t much seem like she’s into the “acting thing” anymore. She vaguely channels a detached imperiousness into the script, which works when her Queen is bored, or humorously irreverent. But otherwise, she’s just being Julia Roberts, wearing a crown. There’s no menace, or malice, and what could’ve been a fun turn for her (had she indulged in it) ends up being totally yawn-inducing.

Lily Collins, daughter of singer Phil Collins, is our fabled princess, and in stills she’s an absolutely perfect Snow White. Porcelain skin? Check. Thick, arched eyebrows? Check. Doe eyes? Check. Screen presence? Scratch. Collins moves through the movie like she might be at a photoshoot, never looking a shade less than flawless but with the acting prowess of that awkward girl who did the news in middle school and could never get the hang of reading lines off the teleprompter. Okay, she’s not quite that bad, but, at best, she’s entirely bland and distant, never establishing chemistry with her dwarf allies or, more tragically, her prince. She has a bit of a moment near the end with Roberts as she takes a dagger to an apple, but, of course, by that point the movie’s about to end and no one’s particularly sorry about it.

Singh, with help from the late Eiko Ishioka as costume designer, does everything he can to bring the story to life without an emotive cast or particularly inventive script. Indeed, the costumes are lavish, colorful, structural—Ishioka made not just clothing, but pieces of art. Within Singh’s trademark fantastical and lush scenescapes, everything inanimate pops. But whether or not the movie would be gorgeous was never questioned. It was all about whether or not there’d be a story to substantiate it—would this be The Fall, or Immortals? Unfortunately, it’s the latter. And not even the mega-catchy Bollywood song and dance at Mirror’s conclusion can save it from utter lifelessness.

Thus, unless you’re eight, I’d recommend saving your money for June’s Snow White and the Huntsman. While I can’t promise that Stewart will be any more lively than Collins, at least she has gravitas in her own right. And Theron looks a hell of a lot more convincing in the Hunstman trailer than Roberts looked at any point in Mirror, Mirror. Or, even better—break out your Princess Bride DVD and settle in for the night. Trust me when I say that you’ll save both your money and your childhood.