Nicki tries to please everybody, and loses everyone. 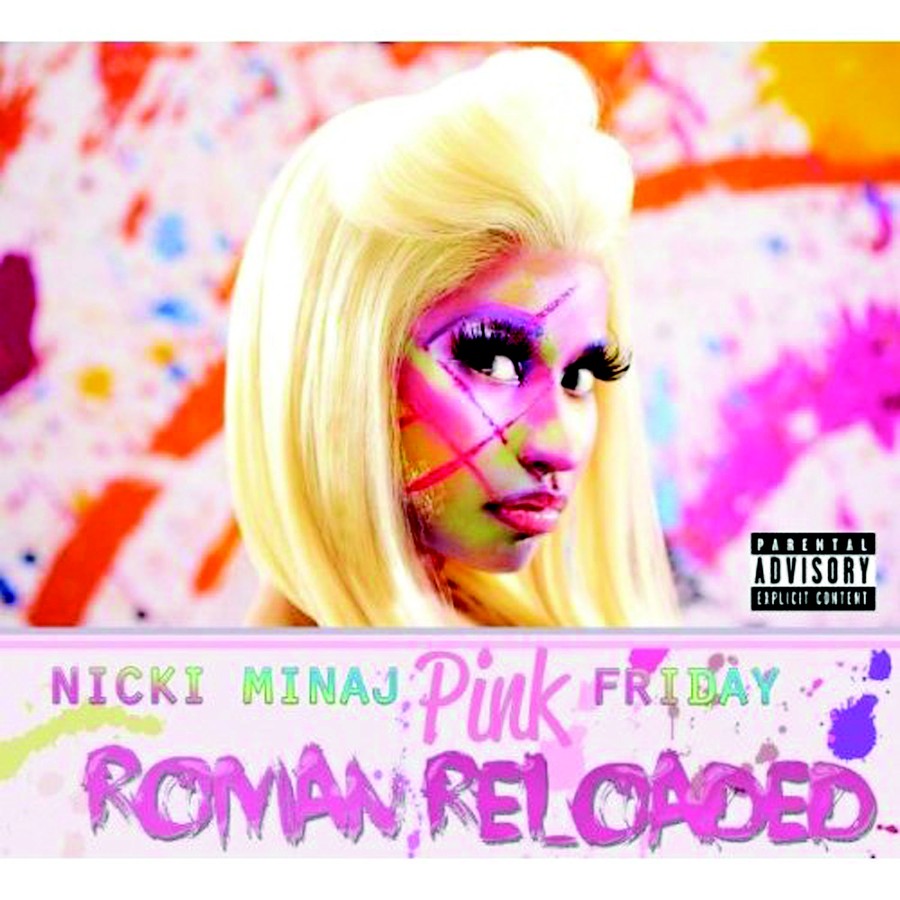 It’s been an eventful 2012 for New York rapper/singer/provocateur Nicki Minaj, even though it’s only April. Coming off a strong 2011, when her single “Super Bass” catapulted to the top of the Billboard charts and became the go-to anthem for cute white girls with web cameras, Minaj has sung with Madonna, snagged some high profile mag covers, and managed to briefly eclipse one of the defining Grammy moments of our time (Jennifer Hudson killing it on a Whitney standard the day after Houston died) with a head-scratching exorcism-cum-medieval dungeon performance of her new track, “Roman Holiday.”

No doubt about it, Minaj is having a cultural moment.

But trying to be all things to all people—sharp-tongued emcee to the hip-hop heads, muse to the fashion intelligentsia, pop princess to six-year-old British girls—isn’t conducive for an album, where a sense of order, logic, and consistency is necessary. Minaj’s latest record, Pink Friday: Roman Reloaded suffers from a lack of cohesion, rendering the end result a lackluster, schizophrenic work that ultimately doesn’t mean a whole lot to anyone.

Handicapping the album from the get-go is Minaj’s decision to split it into two halves—one featuring her alter ego, Roman Zolanski, a hard-spitting rapper and the other featuring Minaj as a tepid Katy Perry/Rihanna imitator. This basically means that the first half of the album is actually pretty good and the other half is full of the sort of songs you belt out drunkenly at a frat party.

“Come on a Cone” is one of the good ones. Over a hypnotic, whirling synthesizer beat, Minaj brags about her growing pop culture ubiquity, dropping references to Anna Wintour, Ellen Degeneres, and Oscar de la Renta while gloating about the six-figure check needed to get her to guest star on a track. Even if she has to resort to phallic imagery to get her point across, (the song ends with, ‘put my dick in your face’), stupid-smart lyrics like, “and I’m not masturbatin but I’m feelin’ myself,” make the song an album highlight.

It’s also very easy to imagine “bitches ain’t shit, and they ain’t say nothing” on “Beez in the Trap” becoming a real catch phrase much like “that shit cray’ from last year’s Watch The Throne. On “Beez,” Minaj continues her theme of rap dominance, with a cameo from Georgia rapper 2 Chainz. Lyrically, it’s tight, but it’s really the minimalist, head-bopping production that makes this track stand out.

Unfortunately once you hit track number eight, “Right by my Side” featuring Chris Brown and signaling the album’s transition from rap to pop, the songs begin to run together and sound like they came from the brain of one Ester Dean, the lyricist behind tracks like Rihanna’s “Rude Boy” and “S&M.” Minaj’s singing voice is mediocre, so how the listener feels about the rest of the album depends entirely on his or her penchant for European-influenced, four-on-the-floor dance music.

But even that stuff is tolerable compared to the album’s worst track, a treacle-y, quasi-vulnerable ballad titled “Marilyn Monroe,” in which Minaj sings about feeling like Marilyn Monroe because she’s famous and not a natural blond.

But ultimately, what’s most frustrating about this album, and Minaj in general as a pop culture figure, is that the gimmicks obscure the talent. Minaj is a highly skilled emcee. She shines on other people’s tracks, “Monster” from Kanye West’s 2010 album My Beautiful Dark Twisted Fantasy being her career highlight. But whenever the spotlight falls on her, she always overcompensates. It’s like the pressure of being a successful female emcee means she has to capture every current trend and placate every viable demographic. Even her album cover has too much going on. Some restraint is in order.