Meet our student leaders, the latest corrupt politicians in the city of Chicago 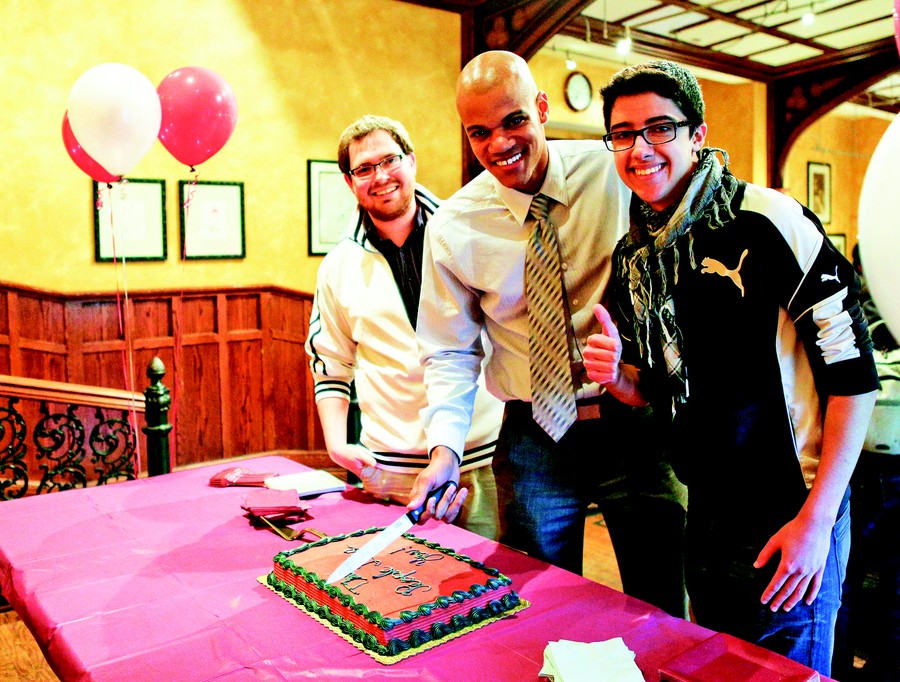 As one of the biggest power brokers on campus, Student Government (SG) plays a wide role in improving student life at the U of C.

SG is led by an executive slate comprised of a President, Vice President for Student Affairs, and a Vice President for Administration. The slate, along with the community and government liaison, and the undergraduate and graduate liaisons to the Board of Trustees, are elected by the entire student body in April. Underneath the executive slate is College Council—consisting of four members from each year, elected by their peers—and Graduate Council, with representatives from all graduate divisions. SG is then broken into an assembly, led by an executive cabinet and other committees. The executive cabinet comprises the slate, liaisons, and one chairperson from each year represented in College Council. The assembly allocates funding to RSOs, while the executive cabinet advises the University on issues of student concern, and sets the agenda for assembly meetings.

Though Miller’s connection to the graduate student population is important and unique in SG— “we are not as far away as the Midway makes it seem,” he said during the campaign—it will only expand the role of SG.

“It’s our job to really hear what our fellow students want, to take heed of that, and then take that to the administration,” Al-Jarani explained.

“We want to cross boundaries that are not traditionally crossed,” Miller added about expanding to unify graduate and undergraduate students.

While the slate sets the broad goals for the year and tackles campus-wide issues, class representatives have a narrower outlook. Already, the slate has created the position of Chief of Staff, to help the representatives and other members of the cabinet get started early on a timeline for personal initiatives, and is working on expanding past SG programs.

One is the Collegiate Readership Program, which began two years ago to bring free copies of The New York Times and USA Today to campus. After another successful year, Al-Jarani said the slate is working with The New York Times to establish free access to the online version for a limited number of students each day, in addition to Times-sponsored speakers.

The second change to come is to the evening shuttles, which previously included the door-to-door service SafeRide until 4 a.m. SafeRide is to be replaced this year with expansive pre-set shuttle routes. SG contributed feedback based on a student survey administered during spring.

“We’re looking at the data, which is the most objective reality we have. Most of them are in favor of these changes, but there are concerns,” Al-Jarani said.

The slate hopes to not lose sight of their campaign promises as well. After a successful 500-student grad/undergrad mixer at Logan Arts Center last spring, they have begun plans for fall. “We’re actually thinking about even upping the ante...by including student performances and really making a big event out of this,” Al-Jarani said.

Methods to increase SG accountability, a pillar of Connect’s original platform, could manifest as a newly designed Web site, quarterly e-mail updates for students, and profiles for each SG member allowing them to blog their progress.

At the heart of it all lies Connect’s goal to engage graduate students and encourage undergraduate students to take advantage of the opportunities graduate students provide. Miller says everyone should find something in which to get involved. “Your experience will just be so much richer and more valuable if you really take the time to make connections with the people around you,” he said. “[U of C] is something to make yourself a part of.”