Proposed changes to the Elections & Rules committee were presented at the College Council meeting on Wednesday. 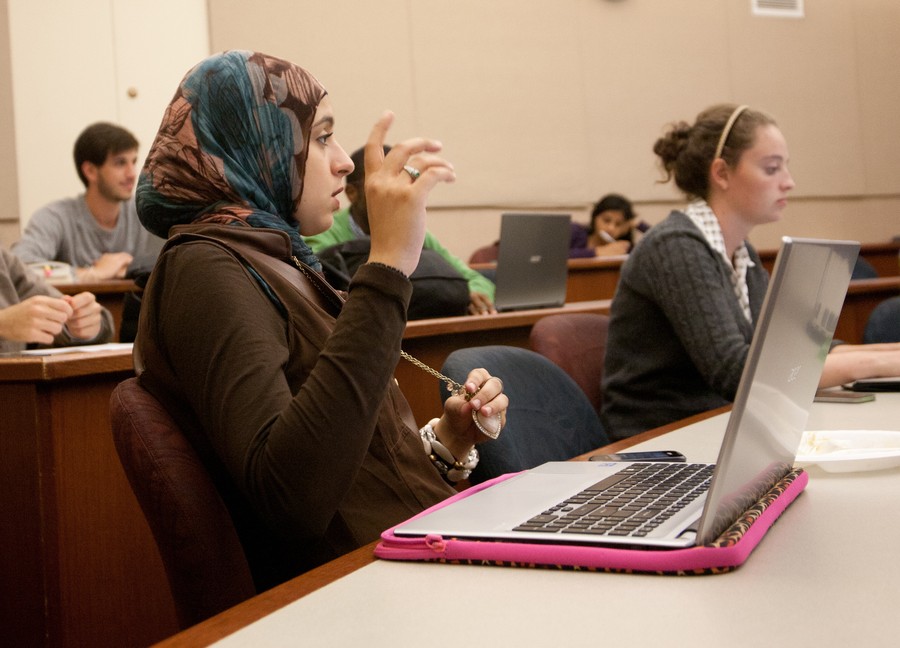 The Student Government Assembly will vote next Thursday on proposed changes to the bylaws of the Elections and Rules Committee (E&R) that would clearly define penalties for rule infractions and change E&R’s size and composition. The bylaws are being revised in the wake of a contentious election cycle this past spring, in which E&R faced considerable criticism for its perceived lack of transparency.

The proposed changes were presented at a College Council meeting on Wednesday. E&R was at the center of controversy during last year’s SG election, when several slates accused each other of rule infractions, leading to large vote penalties for two slates and the disqualification of the Community and Government Liaison candidate by E&R.

The changes must be approved by two-thirds of the SG Assembly.

By clearly defining rule infractions and penalties, E&R hopes to set an indisputable basis for the penalties it metes out to candidates.

“We believe that laying out these penalties will make E&R sentencing in the future more transparent, understandable, and fair,” third-year Lucy Msall, who chaired the rewriting committee, wrote in an e-mail.

Under the proposed language, E&R would disqualify from the election any candidates and slates who either “sabotage or defame by false allegations another candidate or slate” or receive multiple warnings from the committee.

The proposed language clearly defines terms such as “early campaigning” and “over-expenditure,” which were previously left undefined. In addition, the committee elaborated on what actions would result in vote penalties. But the proposed bylaws do not provide any guidance on specific vote penalties, meaning that E&R would have the ability to decide the number of votes by which a candidate or slate could be penalized.

The language on the disqualification of candidates and slates remains broad. Under the proposed rules, E&R would have the power to disqualify candidates or slates “whose actions E&R finds to have undermined the integrity of the E&R election.”

If the bylaws are approved, all E&R meetings will become open to the public. SG president Michael McCown told the College Council, “Bringing process into the public eye will reduce the number of complaints and strengthen respect for E&R.” Additionally, students will no longer be able to come forward with anonymous complaints, and will have to submit all complaints to the entire body rather than to individual members.

The proposed rules would also change the size and composition of the E&R committee. The bylaws would reduce the number of committee members from seven to five and require that one committee member be a graduate student.

The suggested language delineates a clear appeals process: In the event that a candidate or slate wishes to protest the decision of the committee, both the SG Cabinet and the Assembly will weigh in.

At Wednesday’s meeting, some representatives questioned whether the Cabinet or Assembly could ever be a truly neutral arbiter in the event of an appeal from a candidate or a slate. However, for the most part, the Council seemed supportive of the changes.

The new language reflects input from both the outgoing E&R committee and an ad hoc rewriting committee put together by McCown.