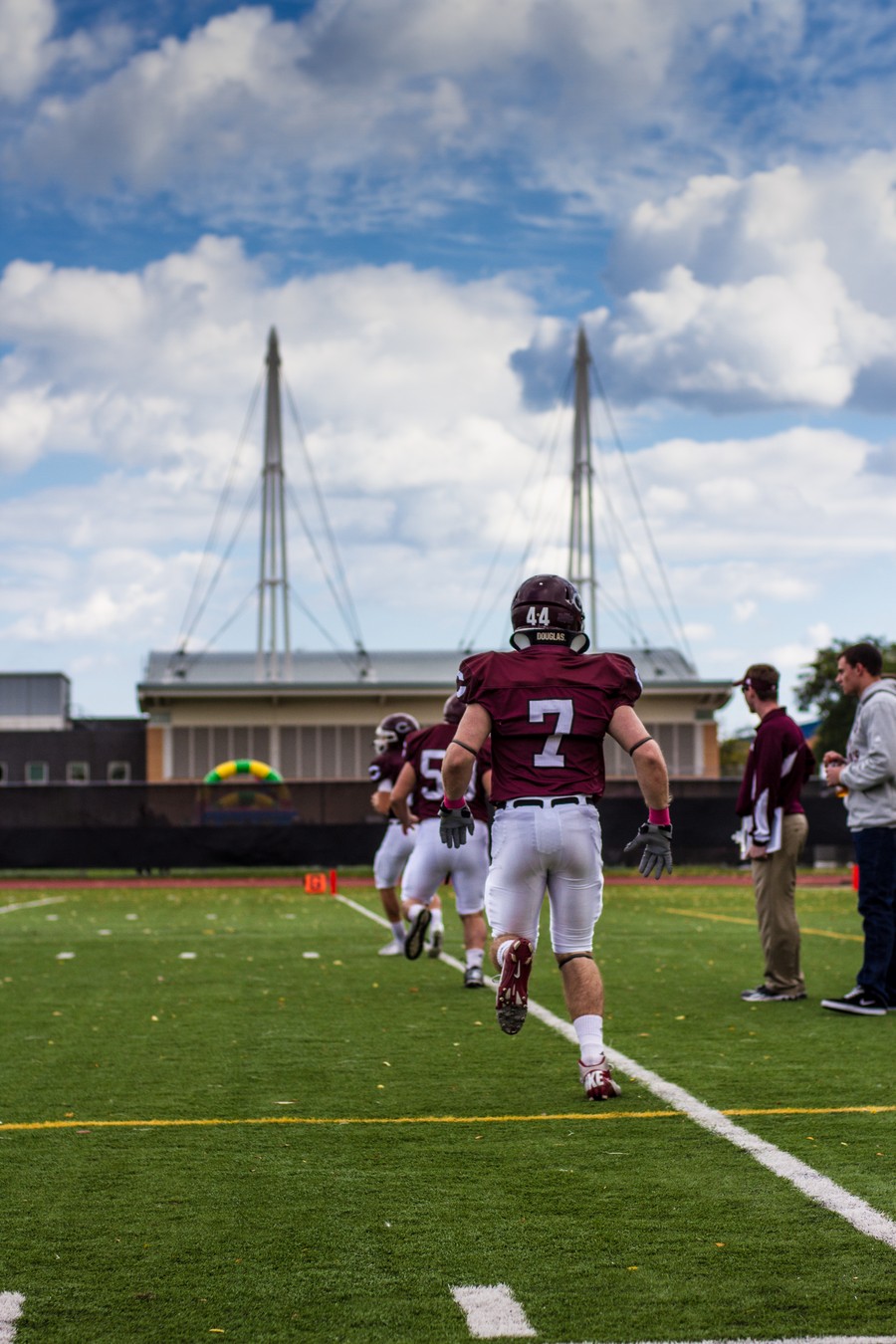 At this point in the year, one game does not dictate a whole season.

Even though the Maroons (5–2) fell to Pacific (6–1) last Saturday and are 1–2 in their last three games, Chicago’s confidence has remained sturdy.

“We played a good team last week and still did some good things despite losing, so we are looking to build on that to finish these next three weeks, which are the most important of our season,” said second-year receiver Sam Coleman.

Winning five of its first six games and holding opponents to roughly 14 points per game gives Chicago a good reason to play with confidence. The Maroons have also scored 21 points per game, thanks to fourth-year quarterback Vincent Cortina, who set a career high (in the team’s first loss of the season against Rhodes) with over 350 yards and five passing touchdowns.

Chicago has only lost on the road this season, but each time the squad still played well. Special teams have been one weak point, however, as the Maroons allowed two blocked punts against Rhodes and missed a field goal and extra point last weekend against Pacific.

The Maroons have played solid defense, but fourth-year linebacker and captain Brian Duffy has his eye on key aspects to improve.

“We need to do a better job on third downs. Getting off the field quickly and not allowing our opponents to extend drives has been a key to our successes this year,” he said.

The South Siders have a chance to put their hard work to use when they travel to Case Western (3–3) this Saturday.

As for offense, Chicago has been scoring points, but last week the team simply struggled to capitalize on scoring opportunities.

“I think it comes down to us executing better and making plays in the red zone to finish drives,” Coleman said. “Coach emphasizes red zone and its importance a lot.”

The Maroons began the season 4–0 but have lost two of their last three games. This is no concern of Duffy’s heading into this weekend.

“We take each game week by week and do everything possible to not allow past successes or failures to affect how we play this week,” he said. “As long as we play each game as its own—the way we know we can play—then generally we shouldn’t have any problems.”

Of the Maroons’ final three games, Case Western (3–3) and Carnegie Mellon (3–4) don’t pose the most difficult challenges. It’s never smart to overlook opponents, but Wash U (5–2) seems like the only tough game remaining, particularly since the Bears beat Rhodes earlier this season—albeit in a double overtime game at Wash U. The end of the season is setting the stage for Chicago to finish at least 7–3, if not 8–2.

When asked if he was confident, personally, about Chicago performing well this weekend, Duffy replied with just one line: “We’ll come back with a win.”

The Maroons venture to Cleveland, OH for a 1 p.m. ET kickoff on Saturday.