At 41, Eminem finally grows up 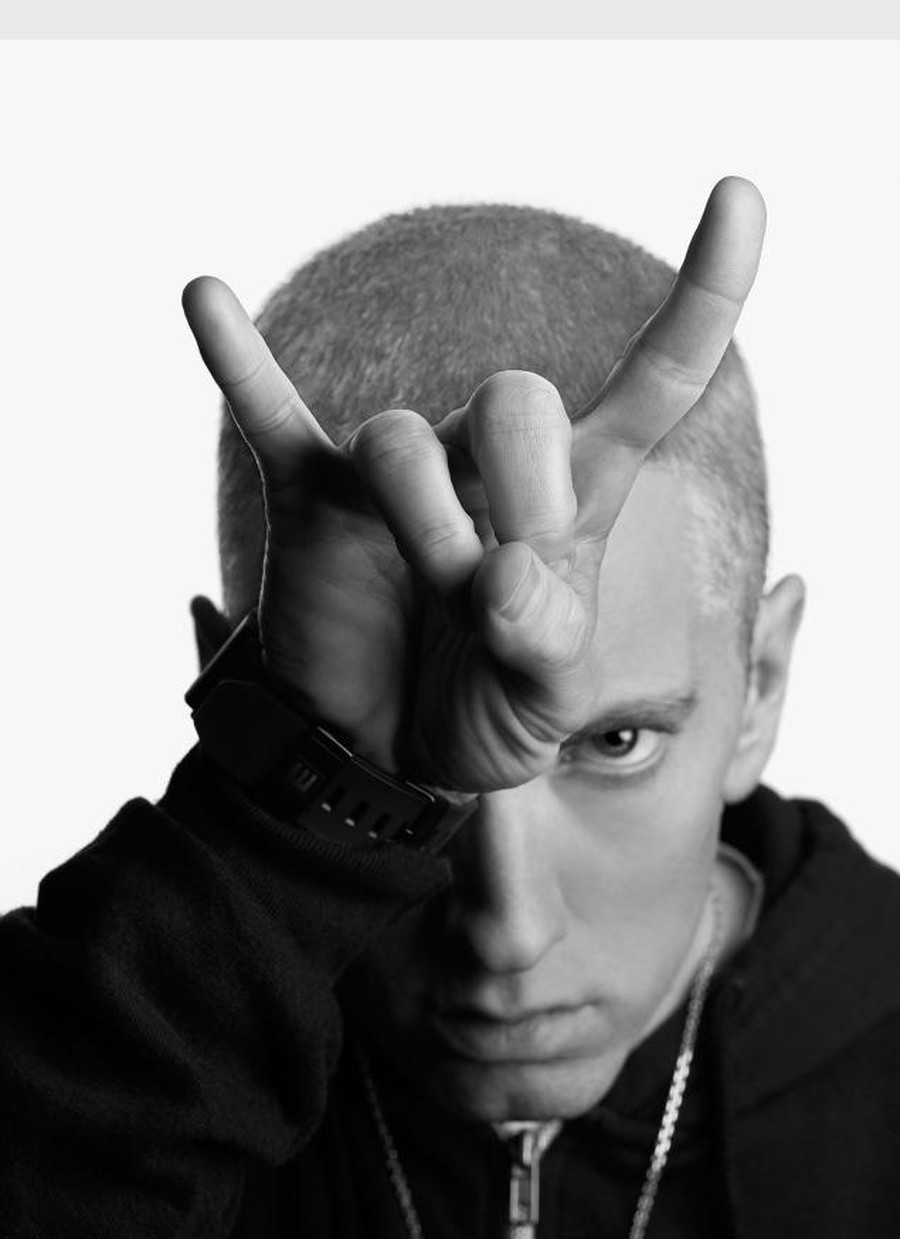 It’s nearly impossible to not compare Eminem’s latest release, The Marshall Mathers LP 2, to the latest albums from fellow hip-hop heavyweights Jay-Z and Kanye West. All three artists have felt pressure to reinvent themselves in some way or another, and each has taken a wildly different approach. Jay-Z struck an unprecedented deal with Samsung to push Magna Carta… Holy Grail to double platinum before it was even released, while on Yeezus, Kanye West abandoned his pioneering soul samples in favor of sparse production and dark, aggressive lyrics.

Meanwhile, MMLP2 finds Eminem revisiting his past. The title of the album is a reference to Eminem’s The Marshall Mathers LP, his 2000 release, generally considered to be one of the greatest hip-hop albums of all time. He spoke with Rolling Stone about the album’s title, stating that the decision to title the album was “more about the vibe, and it’s more about the nostalgia.” Still, the title invites certain expectations.

Surprisingly, the album delivers. MMLP2 is at its best when Eminem is having a good time—tracks like “Love Game” and “So Far…” are effective in spite of (or perhaps because of) their ridiculous samples and lyrics. “Rhyme or Reason” features the first Yoda impersonation I’ve ever heard on an album, and it actually works. The track features a sample of The Zombies’ “Time of the Season,” a classic hip-hop sample that Eminem reworks into a brilliant call and response: “(What’s your name?) Marshall/ (Who’s your daddy?) I don’t have one./ My mother reproduced like a komodo dragon.”

When Eminem is able to approach his upbringing with introspection and humor, he is successful. It’s the moments where he doesn’t show any growth from the first MMLP that are the most cringe-worthy. There’s still tons of gay bashing in Eminem’s work. Lines like “Little gay lookin’ boy/ So gay I can barely say it with a straight face lookin’ boy,” on “Rap God,” take away from a track that is otherwise impressive. Eminem’s flow on the track is unbelievable despite the lyrical issues—he manages to rap 97 words in 15 seconds, displaying a hunger that he hasn’t shown in quite some time.

Aside from “Rap God,” the other singles on MMLP2, “Berzerk,” “Survival,” and “The Monster” are some of the low points of the album. “Survival” features production from DJ Khalil and feels virtually phoned in, both instrumentally and lyrically. The beat on the track features the distortion-filled guitars that have marked most of Eminem’s albums for the past 10 years or so, and they’re starting to show some serious age.

While quite a few of the tracks feature female vocalists, the only rapper featured on MMLP2 is Kendrick Lamar. Lamar shares bars with Eminem on “Love Game,” a track that is surprisingly successful.  This is probably Lamar’s most relaxed feature of the year, a far cry from “Control.” The track samples Wayne Fontana and the Mindbenders’ “Game of Love” and adds a bouncy, carefree beat that only adds to the ’60s nostalgia. While Eminem’s frustration with women has always been a central theme in his music, it works a lot better on this track than it has in the past. Eminem is actually introspective here, and the tone of the sample against the aggressive lyrics brings an ironic aspect to the track that suggests Eminem might be a little more aware of his moral shortcomings than he once was.

This newfound self-awareness is especially visible on “Headlights,” a track featuring fun.’s Nate Reuss. On the track, Eminem finally apologizes to his mother after years and years of expressing his hatred toward her, rapping, “’Cause to this day we remain estranged and I hate it though / ’Cause you ain’t even get to witness your grandbaby’s growth.”

Overall, the album’s successes are stronger than its shortcomings. At 41, it seems that Eminem is finally starting to show some growth, even if it’s only present in a few tracks. Eminem remains one of the most technically skilled rappers in the game today, and he goes fairly far on raw ability alone. While his lyrics have always been divisive, and will continue to be in the foreseeable future, Eminem at least suggests that he is starting to move in a more interesting direction on the album. MMLP2 is Eminem’s finest album in a decade, and a surprisingly worthy successor to The Marshall Mathers LP.