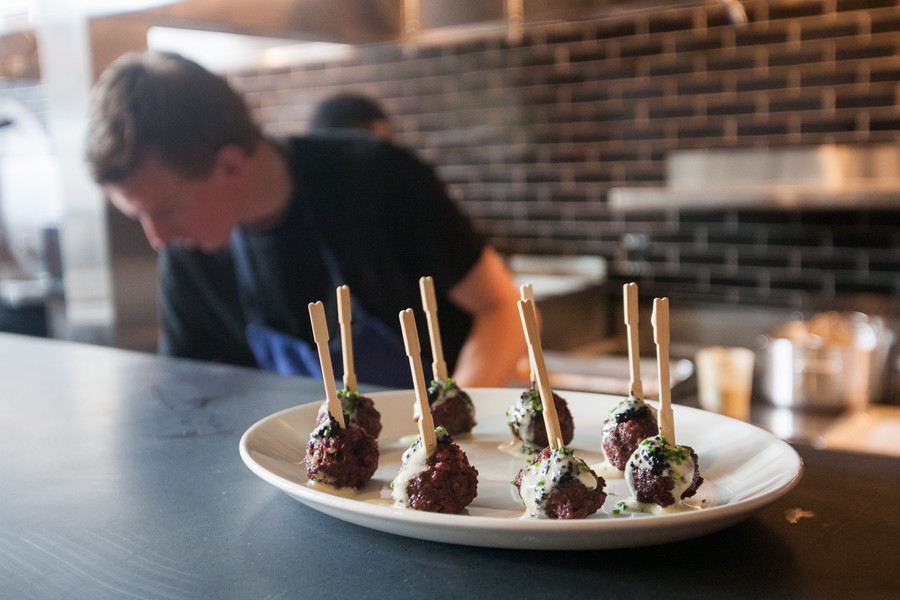 While students craving Chipotle will have to wait one more day, those who would rather order boudin noir, with Tuscan kale on the side, should be more excited about today’s grand opening of A10, the first Hyde Park restaurant from chef and owner Matthias Merges. Merges is known for his upscale cuisine at two North Side locations: Billy Sunday and Yusho restaurants.

A10 will satisfy its customers with made-from-scratch dishes inspired by Merges’s trips to France, Italy, and the Alps, an array of cocktail options, and amenities such as a full bar and outdoor seating.

Despite the restaurant’s impressive offerings, the conversation about Merges’s Hyde Park openings have been focused less on what’s on the menu and more on the larger controversy surrounding the recent University-sponsored commercial development of East 53rd Street.

The announcement of his other Hyde Park restaurant, Yusho, raised concerns from Hyde Park residents that noise coming from the restaurant late at night may disrupt the residential atmosphere of the surrounding area. Both restaurants have been criticized as being part of a larger plan by the University to upscale the 53rd Street corridor by importing businesses from outside Hyde Park.

Such criticisms are unfounded, according to Merges. “ We happened to be on the North Side and now we happen to be on the South Side. If it was with the University or it wasn’t, we would still be down here.”

Merges cites relationships with the University and Hyde Park through family—his father and father-in-law are alumni of the College—as the reasons he originally considered opening a restaurant in the neighborhood. And once he saw the University’s commitment to adding commercial infrastructure to 53rd Street, he felt it was a good business decision.

Merges believes his restaurant’s warmth and hospitality will be the antidote to the criticism that’s preceded it. “[A10] is an old school idea…about creating a space, a restaurant, for people to socialize and share ideas,” he said.

Noting the hundreds of people who have tried to get in during the restaurant’s soft openings the past few days, Merges is convinced that “there’s something we’re doing that is resonating with Hyde Parkers."