With lines around the block, Chipotle serves up long-awaited burritos 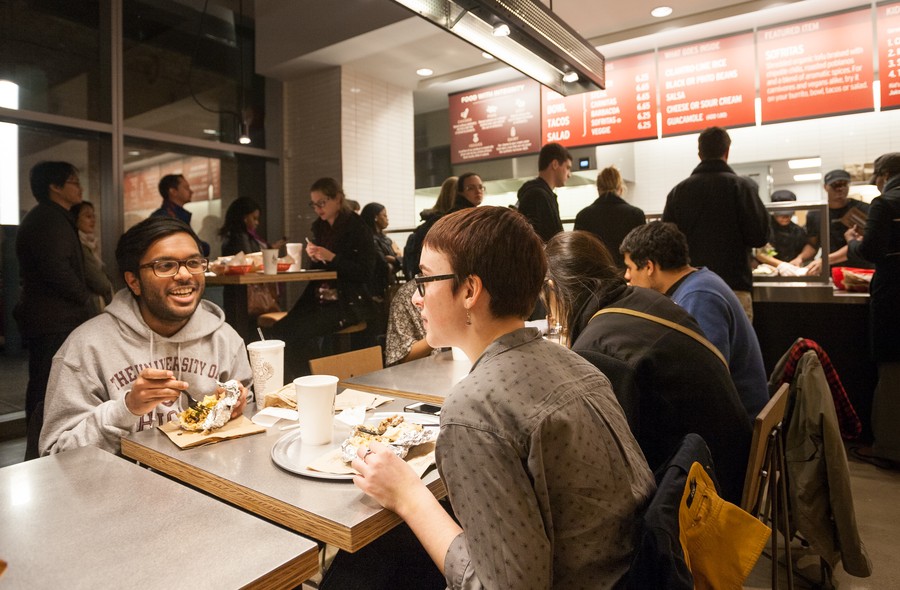 Opening day was packed: Lines snaked around the back, as local high school students, Hyde Park residents, and UChicago students braved the wind and rain to enjoy a trademark burrito or bowl. According to Chipotle’s general manager, Antonio Benitez, 114 people were served in the first hour alone, and there were at least 80 customers every hour after that, bringing the total number of customers that day to almost a thousand.

In April 2012, developers announced that the popular Mexican fast food chain would join Five Guys, Akira, Ulta Beauty, and others at Harper Court. This new Chipotle is the second location on the South Side, more than 40 blocks north of the location on West 95th Street.

The restaurant was requested by name in University surveys, and students expressed largely positive feelings about the new opening.

Customer service also received generally positive feedback, despite the waits and frenzied nature of opening day. “I think that they could improve from an efficiency standpoint, but I think it was a good first day,” fourth-year Michael Ember said.

Although a little far from the heart of campus, Chipotle and other Harper Court businesses are accessible by the new 53rd Street express shuttle or the 172 bus, which drops off within a few blocks of Harper Court. Chipotle is open daily from 11 a.m. to 10 p.m.