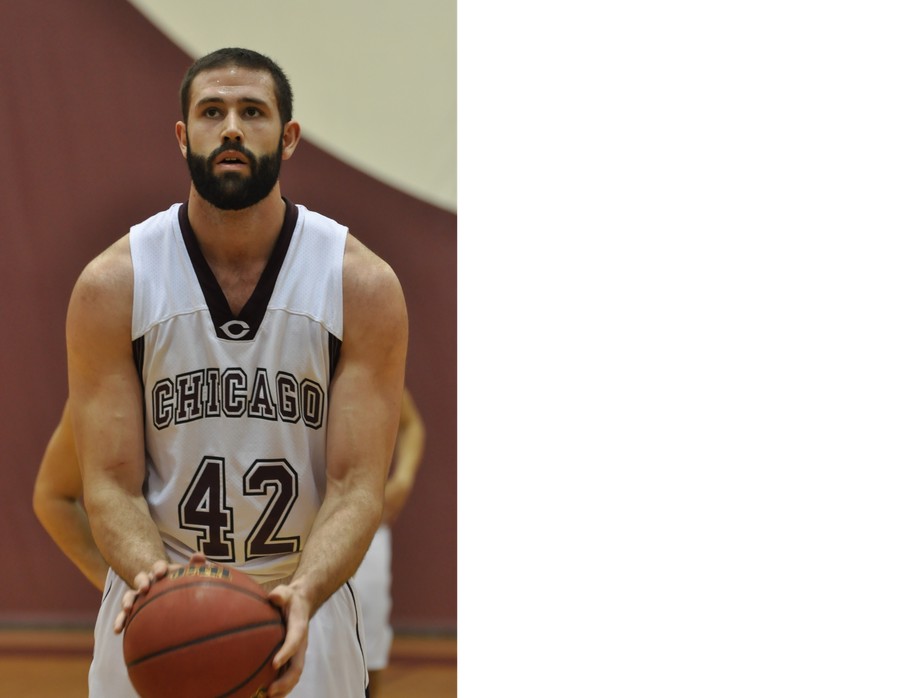 The Maroons battled well early in the first half and were down by only one point after 10 minutes, but that was as good as it would get for Chicago. The home Bears promptly went on a 13–3 run and had built up a 39–26 lead by halftime.

“We were off and on with our game plan,” Steinberg said. “When we correctly executed it, Wash U was unable to run their offense; and we got defensive stops. However, we lost focus throughout the game; and they were able to run their stuff.”

Third-year forward Sam Gage attributes some of Chicago’s problems to fundamental defense along with shooting.

“Aside from the game plan, we didn’t do a very good job of executing some of our basic defensive principles, which led to easy baskets for them,” Gage said. “They also were able to knock down their open looks, and we were not.”

In the second half, Wash U added to its lead, extending it to 19 points at one time. During that span, a shooting drought hit Chicago, which missed 11 straight shots. The Bears comfortably held on to their lead and finished out the 72–54 win.

Wash U outscored the Maroons 36–20 on points in the paint and outrebounded them 41–39. That second number will be particularly frustrating for Chicago, whose January victory over the Bears was fueled by a strong rebounding performance.

Overall, Gage thought Wash U hustled more than the Maroons, which ignited better all-around play from the Bears.

“Wash [U] is a very consistent team in terms of the effort they give on both sides of the floor,” he said. “In the second half, they did a good job turning up the effort on the boards, the defensive end, and getting to 50–50 balls. I thought their effort wore us down a bit, which was a big part of their run.”

Chicago was certainly the underdog going into this season finale, but it was still a disappointing loss and disheartening way to end the season.

However, the Maroons will only lose one fourth-year in forward Matt MacKenzie, and will bring back the core of their team, which will be led by Gage and fellow third-year forward Charlie Hughes.