Chicago Manual of Style | B by Alexander Wang 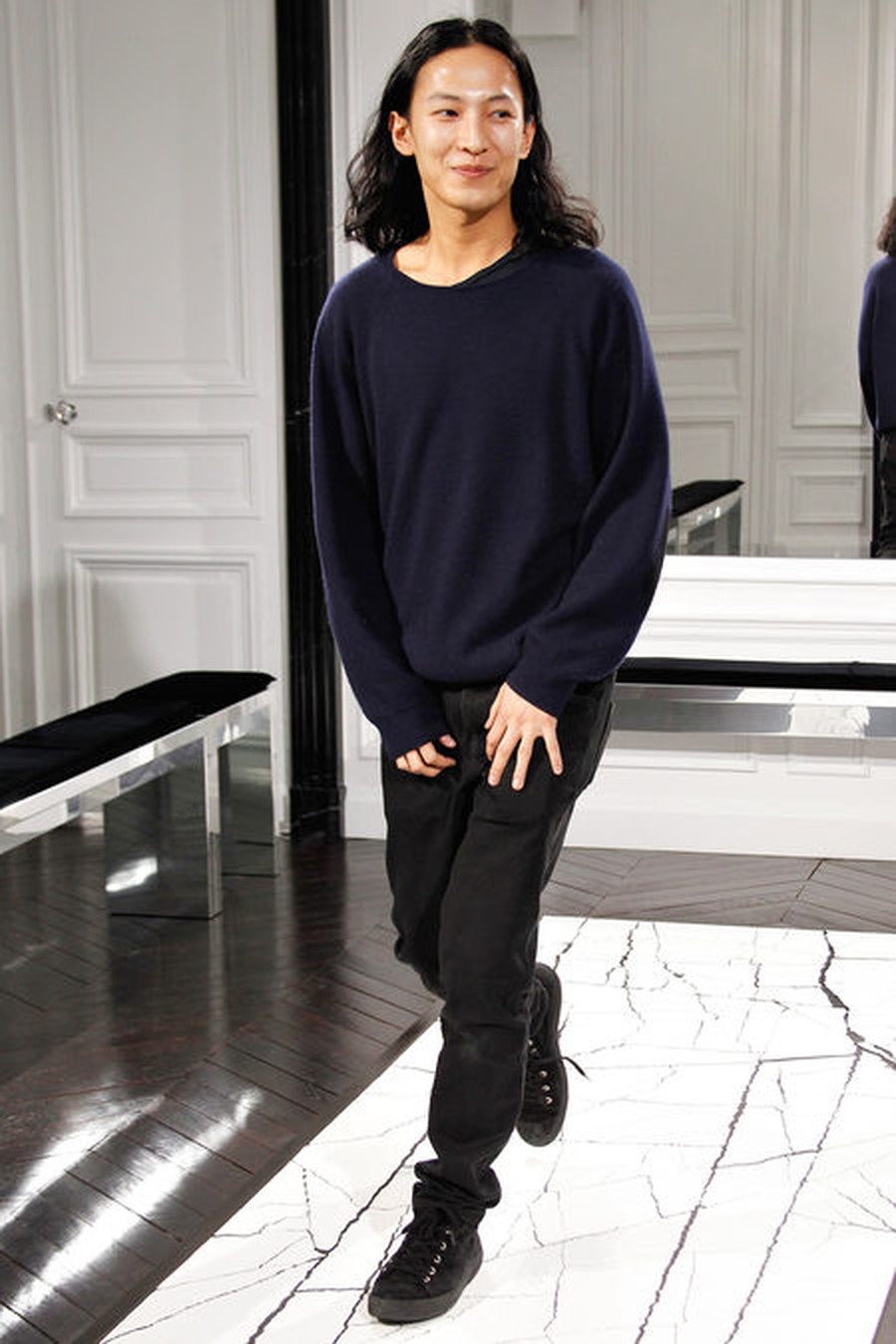 The legendary Vogue editor-in-chief Diana Vreeland once declared, “In a Balenciaga [outfit], you were the only woman in the room.” This was in the 1960s, when the influence of Spanish designer Cristóbal Balenciaga was at its peak. Almost more of a craftsman than an artist, Balenciaga had received formal training in tailoring since age 12, and his unparalleled finesse for cut, fit, and drape was evident in his neat, architectural clothing pieces. Balenciaga infused his Spanish heritage into his masterful silhouettes, with influences ranging from flamenco dance to the Spanish monarchy, all culminating in garments that conveyed a sense of dignity and pride. He was a favorite of Pauline de Rothschild and Jackie Kennedy until his retirement in 1968.

As of December 2012, this legacy has been transferred to the hands of a tranquil and soft-spoken 29-year-old Taiwanese-American from New York City’s East Village. The decision to appoint Alexander Wang, the ultra-cool designer known foremost for his pricey hoodies and tank tops, sparked outrage among high fashion fans when they learned of the decision. But with the departure of Nicholas Ghesquière, the brand’s creative director for the past 15 years, the Balenciaga company—whose name had become synonymous with Ghesquière’s avant-garde, armor-like pieces—had the opportunity to go in a new direction. With Alexander Wang, they found new talent to revive Balenciaga’s historic past, and to bring back a sense of wearability to the brand.

Wang’s debut collection, which showed on February 28 as part of Paris’s Fall/Winter 2013 Fashion Week, utilized a somber palette of black, white, and grey, with occasional touches of brown and green. These tones are ubiquitous among Fall/Winter collections and often appear heavy, but Wang’s silhouettes, defined by a combination of sharp fit and gravity-defying flare, conveyed a lightness of movement that counteracted the potential dreariness of the collection.

The references to classic Balenciaga tailoring were clear in Wang’s sheath dresses and cigarette leg pants, but he also incorporated drapery into some of his dresses that steered away from a cliché Grecian shape through use of tapered shapes and angular necklines. His gowns and turtleneck sweaters both looked expensive and high quality but, like original Balenciaga garments, always erred on the side of ready-to-wear as opposed to haute couture. They were, in short, clothes that a woman in 2013 could wear on a normal workday.

Wang’s success in modernizing the classic qualities of Balenciaga may be due to the fact that he mastered wearable clothing in its most basic sense with his own line of high-end basics. Nevertheless, his work falls in line with the current trend of historic fashion houses recruiting new creative directors to bring brands back to their roots—for example, Raf Simons reviving the “New Look” for Christian Dior. Just as cinema is obsessed with Old Hollywood, the fashion industry continues to look back nostalgically on fashion’s supposed “Golden Age,” where the likes of Balenciaga, Chanel, Dior, and Yves Saint Laurent transformed women’s wardrobes with unprecedented artistry and innovation.

It appears that innovation in fashion has seemingly been exhausted. Women freely wear pants, mini skirts, and dresses in all silhouettes, and little territory is left for revolutionary sartorial upheaval. Instead, more subtle changes have prevailed. The pieces we wear now are not so different from those of the 1990s, but consumers generally approach these clothes with more consciousness of brand, fit, and detail. Meanwhile, the so-called “futuristic” look appears on the runways every few seasons, but since these looks are inevitably composed of plastic and metallic fabrics, it’s no wonder that we find ourselves turning once more to the great designers of the 20th century. Until a designer creates a drastically new and appealing vision of the future, we will continue to rely on the past for inspiration, just like Alexander Wang at Balenciaga.