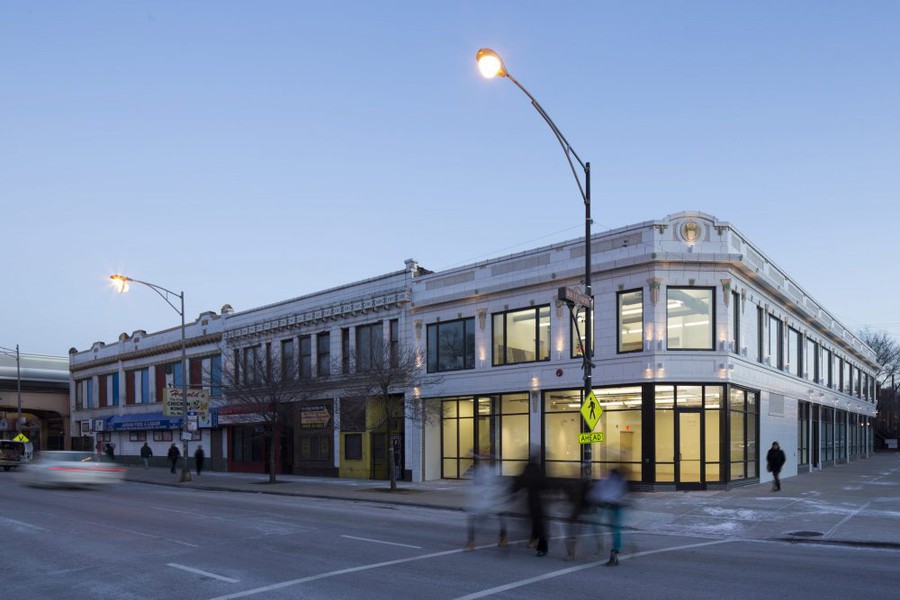 Washington Park is now home to the University’s latest foray into the art world.

The Arts Incubator was envisioned by Chicago-based installation artist and Coordinator of Arts Programming Theaster Gates and developed through the University’s Arts and Public Life Initiative. It officially opened to the public on Friday at 3 p.m. More than 400 people attended the open house.

Speaking at the event, President Zimmer said the incubator is a way for the University to “positively represent ourselves as active partners to these communities.”

The incubator is located about a mile from campus on East Garfield Boulevard and South Prairie Avenue. According to spokesperson for the Office of Civic Engagement Calmetta Coleman, the University owns a dozen pieces of land between South King Drive and South Prairie Avenue. Though there is potential development in the future, Coleman said she had “nothing concrete to announce.”

The 10,000 square feet of studio space in the Incubator will be used by the five Chicago-based artists accepted into the Incubator’s artist-in-residence program. There is also a woodshop and events and exhibitions space.

Spoken word poet avery r. young, who shares studio space with photographer Cecil McDonald, Jr., said much of his work is influenced by Jim Crow laws. He said he has found the University’s resources useful for his work, especially the Regenstein Library’s Special Collections.

“Everybody’s been real nice,” he said. “I didn’t anticipate anything other than full cooperation and open arms.”

The Arts Incubator’s opening was a response to a 2001 University report on the future of the arts that found the campus arts infrastructure lacking. According to University spokeswoman Susie Allen, other initiatives that emerged from the report include the Richard Mary L. Gray Center for Arts and Inquiry, and the Reva and David Logan Center for the Arts.

The incubator was funded largely by a $400,000 grant from ArtPlace, a national organization that works to establish community art spaces. Funding also came from the Office of Civic Engagement, the Office of the Provost, and the Center for the Study of Race, Politics, and Culture.

Originally a Walgreens pharmacy, the building was vacant for almost 20 years before the University purchased it in 2008.

Efforts have been made to incorporate the Incubator into the broader Washington Park community. The incubator is partnering with several South Side arts and civic organizations including the Washington Park Consortium, Keep Loving Each Other, and Urban Gateways Center for Arts Education, Allen said.

There are currently eight student interns at the Office of Art and Public Life that split their time between the Logan Center and the Incubator. Gates said he hopes to create more internships and fellowships to connect students to the Incubator.

According to Coleman, the University made substantial efforts to incorporate community feedback in the process through which the Arts Incubator was constructed, working with Third Ward Alderman Pat Dowell and meeting with Washington Park community organizations for input on how it could better serve the community.

Although she believes that art should not have been a priority and that instead, deeper economic concerns should have been the focus of the community, Washington Park Homeowners Association Founder and Washington Park resident Pasha Gollibay appreciates the University’s investment.

“The University has the capacity to do lots of things…. I don’t have a problem with it. We know change is going to happen around here. It can be called many things, but the bottom line is, ‘Who is going to invest in our community?’ No one’s done it in years,” she said.