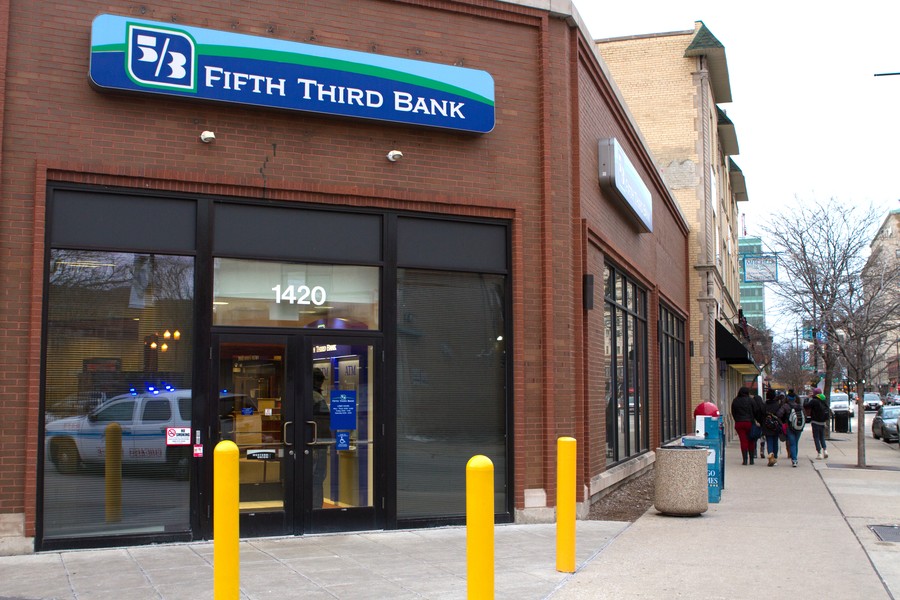 Robert Shaw, 54, of Washington Park, was arrested and charged with robbing the Fifth Third Bank at 1420 East 53rd Street Friday morning. When apprehended, Shaw confessed to the crime, telling federal authorities he needed the money to survive.

The robbery took place at around 9:28 a.m. Shaw allegedly entered the bank and requested a withdrawal. According to the teller he approached, Shaw refused to show the identification and social security cards necessary to make a transaction.

The teller said that, when denied cash, Shaw said something along the lines of “I want all of the large bills out of your drawer. I’m robbing you.” He did not show a weapon.

“I don’t want to hurt you,” he told the teller. “I have a sick child. I live a few blocks away…. I just want to get home to my child.” The teller, intimidated and unsure of whether Shaw was armed, submitted to his demands. According to an audit by the Fifth Third Bank, Shaw took $1,874.

At around 9:50 a.m. UCPD and CPD officers apprehended Shaw on the 5200 of Blackstone Avenue, in response to a radio dispatch of the robber’s description. Shaw, donning a plaid scarf and dark jacket, was a match. The teller later confirmed the match in a physical “show-up” identification, when the authorities brought Shaw back to the bank and presented him to the teller.

In addition to his confession and the teller’s identification, he was also caught literally red-handed when a security dye capsule, which the teller gave him in order to implicate him as the robber, exploded along with the cash.

At the time Shaw was taken into custody, he had approximately $1,875 on hand.

He was turned over to the FBI at around 2:15 p.m. According to Special Agent Joan Hyde, a spokesperson for the Chicago division of the FBI, this was in accordance with regular procedure. Robberies of federally insured banks fall under federal jurisdiction.

Once in custody, Shaw identified himself as the man in a security photo of the robbery, telling authorities, “That’s me all day long; anyone can see that.” He has provided a written statement confessing to the robbery and apologizing for scaring the bank teller.

Shaw was formally charged on Monday morning in U.S. District Court. His next court appearance has yet to be scheduled. If convicted, Shaw will face a maximum sentence of 20 years in prison.