Personal bests at Twilight put Maroons in mood for UAAs 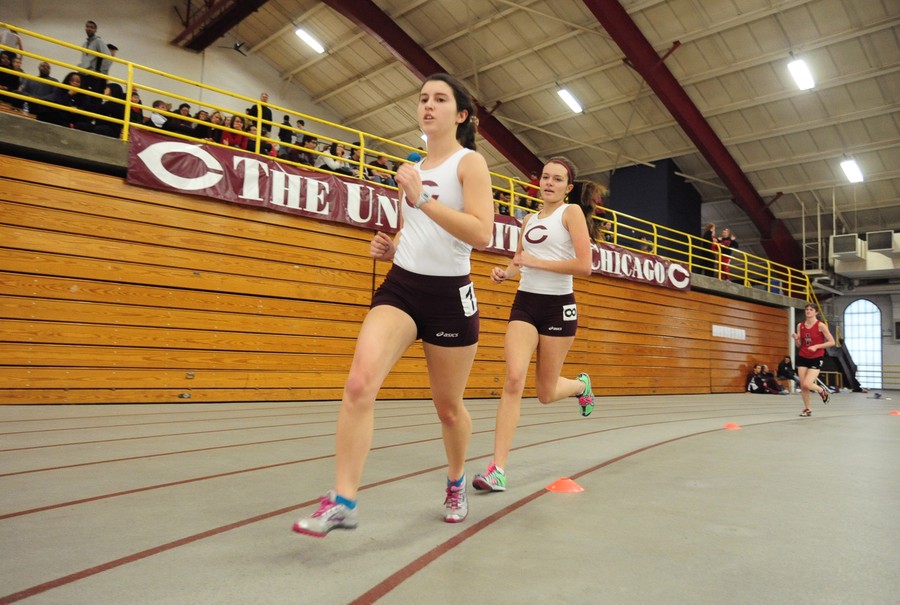 As night fell on Saturday, the Wheaton Twilight Invitational concluded, and the Maroons officially finished their last meet before the conference championship, which takes place later this week.

The South Siders exhibited strong performances on both the men’s and women’s sides, finishing third and fifth, respectively. As expected, North Central—which placed first in its three previous meets—took first place on both sides. But, as has been the case all season, the real focus for Chicago centered on preparing for UAAs.

“The mindset of the meet was to gear up for UAAs,” third-year Dan Povitsky said. “Several members of the team were aiming to hit marks that would secure them a spot on the conference roster.”

Usually, head coach Chris Hall only takes South Siders who have a legitimate chance of scoring points at the conference meet. This means Maroons who are capable of finishing in the top eight at conference. Povitsky, who had a personal best in the 5,000-meter run, finished third at Wheaton with a time of 14:50.15 and currently ranks fifth in the conference.

“I was very happy finishing third in the 5k. It was a 12–second best on my indoor performance and got me onto the all-time [Chicago Track and Field] honor roll for the event,” Povitsky added.

Povitsky was one of many to accomplish personal bests this past weekend. Fourth-year Isaac Dalke won the 3,000-meter run in 8:34.39. Fourth-year All-American Billy Whitmore dominated the 5k, finishing first in 14:32.14. That time is currently the eighth–fastest Division III this year. First-year Cat Young placed second in the 3,000-meter run with her time of 10:05.98.

“I was pretty happy with my time this weekend, as it was a personal best,” Young said. “It would have been nice to get first, but overall I think it was a good race in preparation for conferences.”

“The team did well overall in our last meet,” Young said. “We didn’t want this past weekend to be mentally challenging, as we need to save all that energy for conferences this weekend, so this past meet was pretty fun and just gave people an opportunity to race.”

At this point, the Maroons’ preparation is completely mental. They cannot get faster, quicker, or develop better technique in the coming days.

“I think the team has worked really hard all winter and spring for this conference meet and should work on confidence going into UAAs,” Young said. “We are all prepared and have put in all the work we can so we should feel comfortable and ready to perform.”

Hall will likely announce the travel list for the UAA Championship later today. Those who are selected will travel to New York at the end of the week to compete for a conference title.

“At the moment, the outlook is strictly on UAAs,” Povitsky said. “On the men’s side we finished second indoors, which was a strong feat, but we certainly look to go for the win outdoors. It goes without saying, beat Wash U.”