South Siders down Bears to take third place at conference 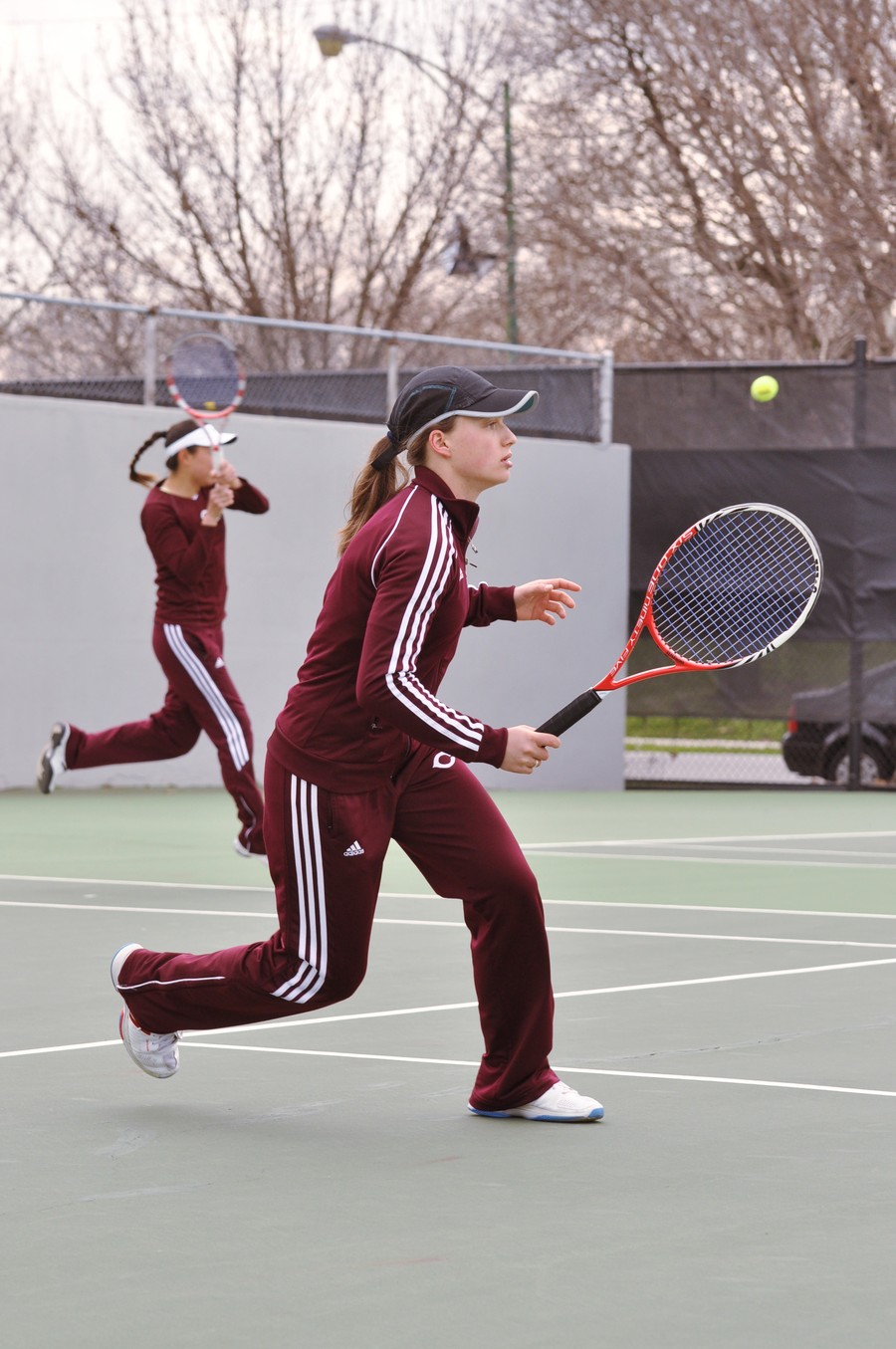 Redemption sure is sweet.

After losing to Wash U on April 13, the Maroons came back with a vengeance at the UAA Championships in Orlando, FL. On Saturday, Chicago edged the Bears 6–3 in the third-place match after losing to Emory 9–0 in Friday’s semifinal.

“I’m very proud of our third-place finish and the team’s effort all year long,” head coach Jay Tee said. “The girls have worked so hard all year.”

No. 7 Chicago had a daunting task heading into the semifinal against top seed No. 3 Emory.

“Realistically, we probably needed to win two of three doubles matches if we were going to have a chance to go against Emory in singles,” Tee said.

Chicago lost all three doubles matches and was swept in singles.

“I think we were all disappointed to lose, but at the same time, we had a great talk about where we want to get and how we’re going to get there,” Tee said. “We were also excited about the chance to play Wash U again and prove that we could compete better than we did last time.”

If Friday’s match against Emory was the toughest loss the Maroons have endured all season, Saturday’s win over Wash U was Chicago’s sweetest victory.

When the Maroons played the Bears in St. Louis, Wash U took two out of three doubles matches. The exact opposite happened this time around.

Fourth-year Linden Li and second-year Kelsey McGillis won 8–4 at No. 2 doubles, while second-year Maggie Schumann and first-year Sruthi Ramaswami took an 8–3 victory at No. 3. Tee said he was especially impressed with Schumann’s attitude given that she has not played much throughout the season.

“It was tough for her to sit and watch most of the year, but when it was her time, she stepped up and won two huge matches with Sruthi [Ramaswami],” Tee said. “Her attitude was infectious.”

Surprisingly, the lone Chicago loss in doubles came from the No. 1 tandem of second-year Megan Tang and first-year Helen Sdvizhkov (8–4), ending the pair’s 10-match winning streak.

“Megan and Helen got into a hole, and as hard as they tried to dig out of it, the other team wouldn’t let them,” Tee said. “They’ve been so solid all year that it’s a surprise when they lose, but we all still have absolute confidence in the both of them.”

With a 2–1 lead heading into singles, the Maroons needed three wins to clinch the team victory; two of those wins came easily.

“Last time I played, I had a lot of doubt about my game,” Li said. “This time around, I adjusted to the changes in my game and played [my] backhand slice with conviction.”

With the Maroons up 4–3 and only two first-years left on the courts, Sdvizhkov (No. 3) and Ramaswami (No. 5), Chicago would have needed to pull out one third set win.

“I didn’t let the pressure of the situation get to me,” Ramaswami said. “I took it as an opportunity for me to step up and play my hardest for myself and my team.”

Ramaswami could not have asked for a better start to the crucial third-set, going up 4–1.

“Sruthi is every coach’s dream,” Tee said. “The bigger the point, the harder Sruthi hits.”

“I constructed points around my strengths and worked to take as many balls with my forehand as possible,” Ramaswami said. “It was my mental attitude and energy that got me game by game.”

With the win over Wash U, the Maroons will likely keep their No. 1 ranking in the Central Region and host Regionals of the NCAA tournament in two weeks.

Tee said he is proud of all that his team has accomplished thus far. But the season is not over yet.

“We’ve had long road trips, 6 a.m. practices, injuries, and a number of other distractions, but through it all, we’ve stayed a team and gotten better every day,” Tee said. “We’re really looking forward to a good two weeks of practice before NCAAs.”