French activist lifts the veil on the burqa ban 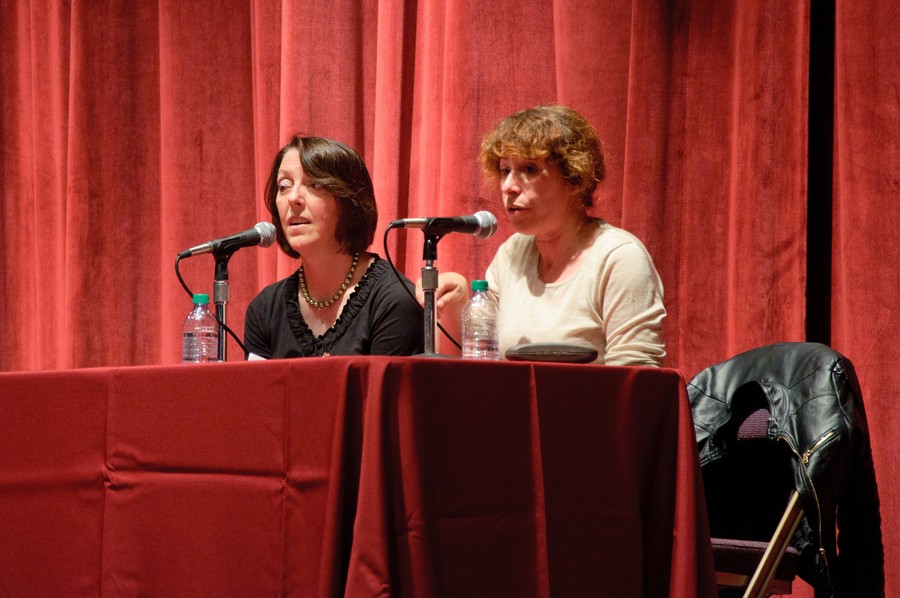 Fadela Amara, an activist and former minister in the French government, spoke about the situation of Muslim women in France and defended the controversial “burqa ban” at International House on Wednesday night.

Amara began by relaying the history of banlieues, the working class neighborhoods that surround French cities. Originally diverse, composed of native French and immigrant populations fighting for the same social and labor issues, now many neighborhoods primarily house poor Muslim families. During this transition, few politicians took up the cause of improving the lives of residents, and their political alienation provided fertile ground for fundamentalist movements. This led to a surge in what Amara referred to as “more arcane traditions” —namely forced marriage, polygamy, circumcision, and violence against women.

It was around this time that Muslim girls and women began wearing the veil and the burqa. As the founder of the activist group Ni Putes Ni Soumises, translated as “Neither Whores nor Submissive,” and later as the Secretary of State for Urban Policies, Amara strongly supported the 2010 law that banned face coverings. Though the ban was overwhelmingly supported in France, with 70 percent in favor of it, it proved a controversial topic among some Muslims, feminists, and civil libertarians around the world.

During the question-and-answer portion, one first-year, a self-identified Muslim and feminist, adorned in a black headscarf, challenged Amara’s claims.

“I’m not oppressed,” she said. “How can you say you’re for women’s rights when you support a law that limits my rights as a woman?”

“For me, the veil is not a religious symbol,” Amara, who is a practicing Muslim, responded. “I’m within the school that thinks wearing the veil is a sign of oppression.” She called the religious symbolism of the veil a “historic lie,” arguing that the veil existed before the emergence of Islam.

“This is the eternal debate that we could have between you and your position and me and my position,” she said. “I respect you, but I might offend you.”

The talk was hosted by the University of Chicago French Club and moderated by Bernard Harcourt, a law professor and chair of the department of political science. Deborah Joyce translated for Amara.

Before the event, Amara sat down with the Maroon for an interview translated by second-year Eve Zuckerman, president of the University of Chicago French Club and a native French speaker.

Chicago Maroon: You’re on campus to talk about the French ban on face covering, which has been enforced for over two years now. What, if any, changes have you seen in the situation of Muslim women in France since the ban?

Fadela Amara: It has protected women who wanted to wear neither the veil nor the burqa. And it has allowed us to say to the men or boys, the Islamists who wanted to force these women, that the law banned it—they couldn’t force it. So it’s a law that protects women from the projects. And it’s a law that engages them in a process of emancipation and combat for equality between men and women.

Of course, the medicine can hurt, but I think that when you’re attacking cancer, you have to cut, with no qualms.

CM: How do you respond to women who wore the burqa publically in order to protest the ban, insisting that it was their choice, not their husbands’, that they wear it, and arguing that the ban infringes on their liberties?

FA: Women who wear the burqa by choice do not exist. It’s very much linked to the context in which you live in these ghettos. On one side, there’s the question of being conditioned by your education, the traditional roles that a woman has to play to get married and to be at the service of a man, and this message has been recaptured by the religious radicals who enforce the wearing of the burqa, keeping complete control over public and political space....The strategy of radical Islamists was to send in veiled women to force unveiled women to wear the burqa. And this is a real battle that has been going on for 15 years in France. And women who do not wear the veil, who were refusing to wear the veil, have been harassed and attacked, either verbally or physically—verbally by insulting them and calling them sluts, because for them these are not women who are respectable.... So we decided to stop all of this. And to act in a way to protect the women who were resisting in these neighborhoods.

CM: You have called the veil “the visible symbol of the subjugation of women.” In 2010, UChicago Professor Martha Nussbaum wrote that such an argument used in favor of the ban is flawed, because there are other symbols of female objectification, like pornography and plastic surgery, which are not banned. To ban them, including the burqa, she said, would be “an intolerable invasion of liberty.” How would you respond to that?

Translator: Oui…. She takes it back; she thought it was a man.

FA: You can’t put pornography on the same level as the veil.... In the end, [porn] does give a bad image of women; that’s a reality. So I do think you have to fight against the phenomenon of the pornographic movies. But nevertheless, and this is why I don’t think you should put it on the same level as the veil, it’s not through pornographic movies that you are going to confiscate women’s rights.... But the veil, that’s an immediate effect. A woman who wears the veil is dispossessed of her body. She is completely in the hands of male domination, of male power.

You have to understand that this also translates into prohibitions into going to concerts, for example, or any other show, because you have that mix of men and women in these situations. It’s the prohibition of a sexual life—you can’t have a sexual life. Or you can have a sex life following the choices of your husband. So she’s denied her own desires, her own wants. So we are in a real regression.... And so it follows that they can’t wear what they want. They can’t wear low-cut shirts; they can’t wear anything that might provoke desire in men. And the women who wear the burqa do not work, many of them, except in jobs where they will only interact with women. Where’s the free choice?