Hemlock Grove drops the ball “with little enough punch to make sure it’s fun for no one.” 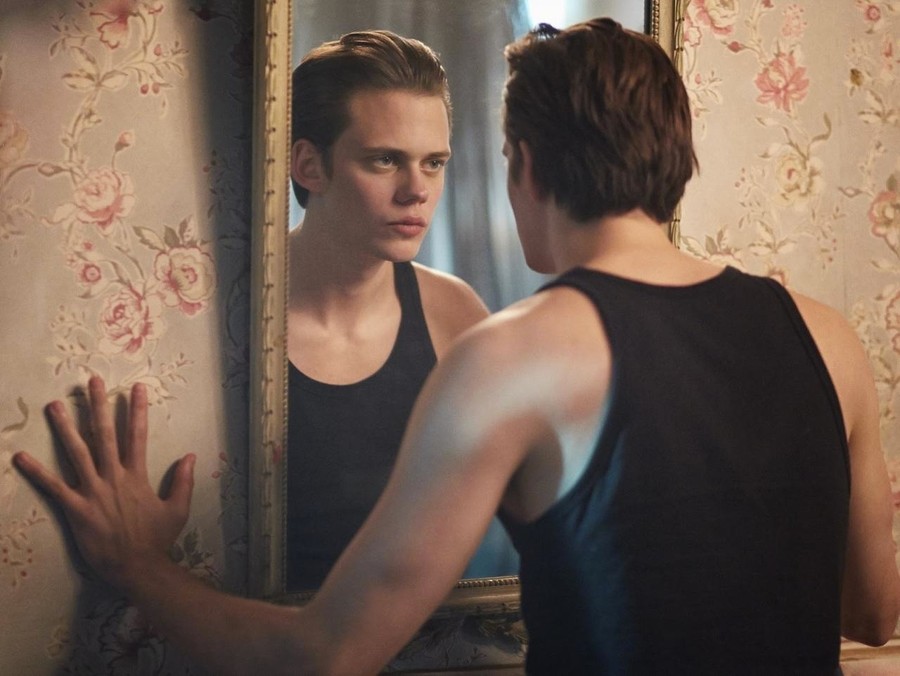 I’m just going to come right out and say it: I’m into supernatural. I like it cheesy, violent, wildly disconnected from reality. The more B-movie, the better. Werewolves? Check—An American Werewolf in London, Ginger Snaps, even Wes Craven’s Cursed. Vampires? Check. Let the Right One In, The Lost Boys, From Dusk Till Dawn. I don’t discriminate: The Craft is my shit to this day.

In case you’re not in the know, supernatural is fascinating because it allows you to enter a world of selective reality, or at least it transfers the weight of social issues to a realm that is separate from us. Obviously Buffy has homework, but she has also to stake vampires. And it’s much easier to read or watch X-Men and see the government marginalize mutants (and hunt them with sentinels) than it is to watch the same (sans sentinels) happen to a minority we might fall into. A good paranormal or sci-fi movie allows us to escape, without robbing us of the chance to engage. For instance, I mentioned Ginger Snaps, and honestly, has there been a better movie about puberty? Actually, don’t answer that, I’m not interested.

And this isn’t a thing that’s going to die anytime soon. While vampires become dystopia becomes whatever, the playing field remains essentially the same. True Blood was jumping the shark by the time HBO revealed its ace in the hole, Game of Thrones (“vampires and titties” usurped by “dragons and titties”). The CW, by anyone’s number charts, should no longer exist. But its evolution into pure genre TV, coupled with a propensity for casting leads of color and not being too trigger- happy with the cancellation gun, has allowed it to cultivate a fan base that it treats well.

Supernatural sells. It has always sold, and so long as it can be repackaged into looking new, or it waits just long enough to have us forget about a fad before “bringing it back,” it will continue to do so. That’s not to say it’s a free-for-all. We, the escapist consuming masses, are amused by shows outside of reality, but we still demand of them certain conventions. Just because a character’s a fairy doesn’t mean he or she has a right to never evolve as a person. Tone also must be consistent; I just recently found myself in the middle of a debate among friends about whether or not Buffy post–season five is even worth talking about as canon.

Enter Hemlock Grove. If Netflix aims to be the streaming-centric HBO—HBOGo notwithstanding, as it’s only available to the cable channel’s subscribers—and House of Cards was its answer to The Sopranos (or, less ambitiously, Boardwalk Empire), then Hemlock Grove had the job of matching season one of True Blood. And on paper, this is a pretty intuitive idea. The viewers of supernatural-centric TV aren’t the same people who tune in mindlessly to the CBS evening comedy lineup. Most supernatural shows court an investment in plot and arc that nightly comedies just don’t. And with shows like Arrow or Nikita or Thrones, which, by virtue of being adaptations, already have rich histories, the average viewer probably spends a lot of time on the internet, anyway. Add to that Eli Roth, who is by all means a repugnant person but who has had his fair share of hits and who knows his way around a gallon of red corn syrup, and everything’s looking good. What could go wrong?

As it were, everything. Where a ball could be dropped, Hemlock Grove took care to throw it to the ground recklessly, with little enough punch to make sure it’s fun for no one. Famke Janssen—or Jean Grey, and later (woefully), Phoenix, in the X-Men movies—gets top billing, but has the appeal leached from her slowly by a grating faux-English accent. She’s supposed to be worldly, malicious, sexy, but instead she’s annoying as hell. Her son, played by Alexander Skarsgård’s little brother, Bill, is supposed to be the alluring otherwordly bad boy, but instead he just looks like a young Steve Buscemi doing a bad James Dean impression. He is one of two characters given the most screen time, both of whom are meant to be tween heartthrob bait, but was that really Netflix’s target audience in opting to open up with an unnamed prostitute having car sex?

Said sex scene begins the show’s first episode. It’s gratuitous, which we’ve been conditioned to expect from this sort of thing, but it’s strangely lit and filmed, and just in general the antithesis of titillating. You’d think Roth would know his way around a chase scene, but the opening monster attack is nonsensical, quick, and not even particularly gory. Hemlock Grove is having a bit of an identity crisis: It wants to be noir, but doesn’t have the budget; It wants the excess skin and sex of an HBO show, but refuses to commit; It has the license to be gory, and was advertised as such, but instead seems shy. Paradoxically, it’s trying just enough so as to be too much for the campiness factor served by similar offerings from the CW and MTV.

I would tell you more about the plot, but several episodes in there still doesn't appear to be much of one. I’ll allow that there is a setup for a sort of supernatural “whodunit,” but the writers give us no reason to care. Hemlock Grove is the victim of the idea that if you take one aspect of everything that has worked for a supernatural show, ever, and squish it all in together, then something worth watching will come out. Clearly that’s not the case. And if Netflix hopes to use its original programming to keep the subscribers rolling in, as the small bump in its most recent earnings call indicated, then this is a lesson that’s going to bite.