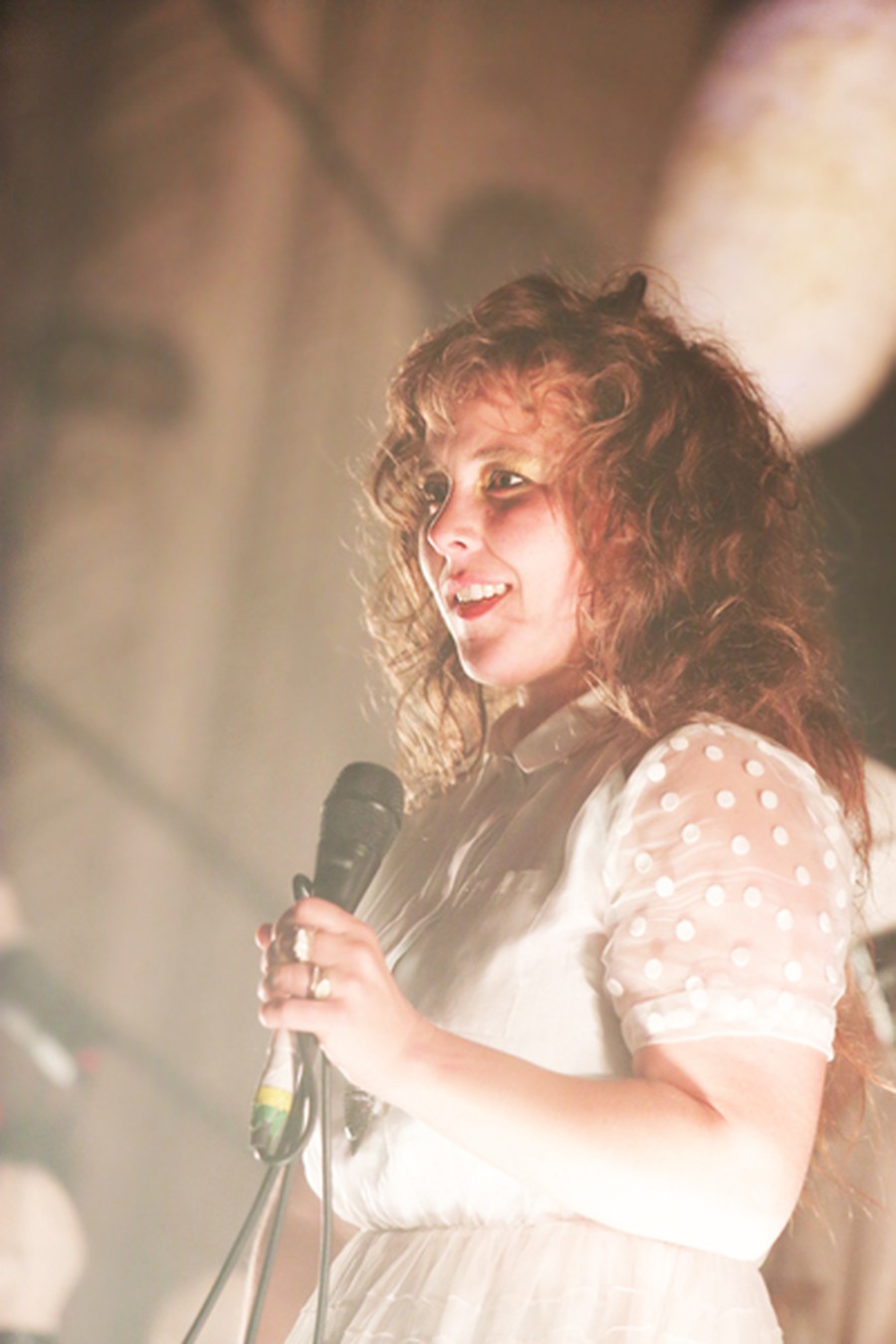 Not content with just one show, Purity Ring added a midnight set at Metro after its first one sold out within a week. You might imagine that the second show would lose some power. Instead, armed only with the 11 tracks from its debut album Shrines (plus a Soulja Boy cover), the duo commanded the stage and led the audience on a journey not soon forgotten.

Opening was Blue Hawaii, a Montreal-based duo that recently released its sophomore album Untogether. This album stands almost in opposition to its first go around, Blooming Summer, which was happy electro-pop through and through. However, none of the echoing hollowness that characterizes Untogether made its way to the show. The duo brought a childlike hyperactive mindset that begged people to move, dance, and love. It felt rushed and forced. It had no other option, since if it tried to play its new sound, it would pale in comparison to the headliner. However, Blue Hawaii could not help avoiding sounding like an immature Purity Ring.

Now, imagine suspended luminescent orbs like round Japanese lanterns, a crawling fog reaching to the rafters, and a white-clothed priestess standing open in front of the masses. This was Purity Ring. The priestess, lead singer Megan James, enveloped the crowd with high-reaching vocals that were accompanied by Corin Roddick’s sparse MIDI creations. The combination played with hip-hop, drum-and-bass, new age, and more, but defy being placed in any one genre. Purity Ring opened up a portal to a universe defined not just by the color and sounds that populated it, but also by the emptiness between these sensory objects.

As the set started with “Amenamy,” James stepped forward and began with “[somber somber]” simplicity—simple sounds and a simple rhythm that lent itself to rapt head bobbing. Sound began swelling and filled the room before dropping away into voids of quietness orchestrated carefully by the duo. This growth, paired with destruction, forced the audience to find new ways to dance, if they felt confident enough to try. Rather, the show demanded awe-glazed eyes attuned to James’s every action. Roddick stood upfront, unassuming, completely lost in his own manipulations, but each change he enacted translated into new floods of color from the orbs he built specifically for the band’s live shows.

One of the high points of the night was when James brought out a torch and became a modern Statue of Liberty. However, her statuesque position disappeared as she grew wild, culminating in her beating a giant drum that painted a primal, pagan-esque scene. Each beat unleashed a flourish of lights baptizing the audience with green and red hues. The hour-long show finished with a few handshakes from James before she turned around and fell backward into the audience. As numerous hands flew up to hold her, she confirmed what everyone already knew: We were all willing subjects to this ruler of a new soundscape.

Many concertgoers who were expecting more EDM–style music left feeling confused and unfulfilled. However, for any fan, or for those looking for an overwhelming electro-based experience, this concert was an absolute must-see. If you think you know Purity Ring from its album, you have no idea the vastness it can reach.