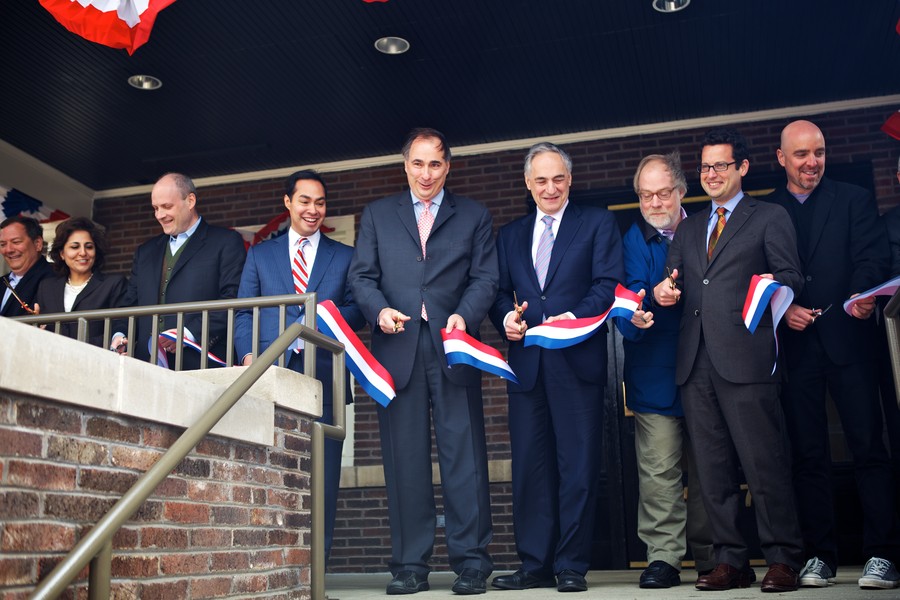 UChicago prides itself on intellectualism for its own sake, but in recent years the University has added more pragmatic offerings to supplement its theory-heavy academics. The Institute of Politics (IOP), officially opened in January by Barack Obama’s former top advisor David Axelrod (A.B. ’76), provides some of the most fertile ground for students to get real-world experience in political life.

The IOP, located at 5707 South Woodlawn Avenue, aims to expand students’ knowledge of politics and allow students to gain hands-on experience in the field.

“I think our goal at the IOP is for students here at the University to become that much more engaged in the world around them,” said IOP Executive Director Darren Reisberg. “What we’d hope to see is students, after spending their four years as an undergraduate here, or their time as a graduate student, at least exploring careers in politics and public service at some point after they leave.”

Last January, Axelrod told the Maroon that he wanted to create the Institute at UChicago in part because of the lack of political dialogue that existed when he was a student at the University. Axelrod has stressed that the IOP is nonpartisan and envisions it as an “ROTC for public service.”

The IOP has pursued this goal through three main programs: a speaker series, a fellows program, and internships. Its speaker series brings prominent politicians and influential figures to campus for a day or two, to give a talk on and sometimes meet with students about a particular issue. Past speakers have ranged from author Elie Wiesel to former House Speaker Newt Gingrich.

The Institute’s internship program gives students the opportunity to get involved in politics right away. In its first year, the IOP sponsored internships at the White House, the Southern Poverty Law Center, CNN, and the Republican Governor’s Association, among others.

The IOP is not above reproach, however. Some claim that the programming to date has been much too focused on electoral politics rather than policy. Others feel that the Institute has become inaccessible, with certain students having much more access to the visitors than others. There have also been complaints that the IOP simply hosts too many events.

The Institute may be addressing one of those criticisms, according to Reisberg. He said that with no major elections coming up soon, the IOP hopes to focus more on policy to start this year. The IOP will host events this quarter centered around the implementation of the Affordable Care Act and a “Democracy Week” to look at overarching issues affecting democracy, such as voter rights, redistricting, and potentially judicial independence. But Reisberg said that the Institute doesn’t plan on abandoning electoral politics entirely, with programming planned this year for the 2014 Illinois gubernatorial election and federal midterm elections.

Reisberg advised that incoming students start out by just attending IOP events and seeing what the Institute provides. For those who want to get inside right away, the IOP has both a Fellows Ambassador and Events Ambassador program. Fellows Ambassadors serve as assistants for the fellows who are on campus for the entire quarter, while Events Ambassadors help out with the big-ticket speaker series events. Those more ambitious can apply at the end of this school year for the student advisory council, which Reisberg says “is in effect the student government of the Institute of Politics.”

The IOP also sponsors the Political Union debate club and a magazine called The Gate. The Union provides a forum for students to engage in political debate, with each debate being focused on one broad question. The debate is not between Democrats and Republicans, but rather between groups centered on different ideologies—Progressives form a different group than the Democratic Left, for instance. The Gate, launching this year, will run political commentary and analysis by students.

Those looking to get a taste of the IOP will not have to wait long; the IOP’s “capstone” event of Orientation Week will feature Senator Elizabeth Warren (D-MA) on Friday, and Senator John McCain (R-AZ) is tentatively scheduled to speak at the end of October.