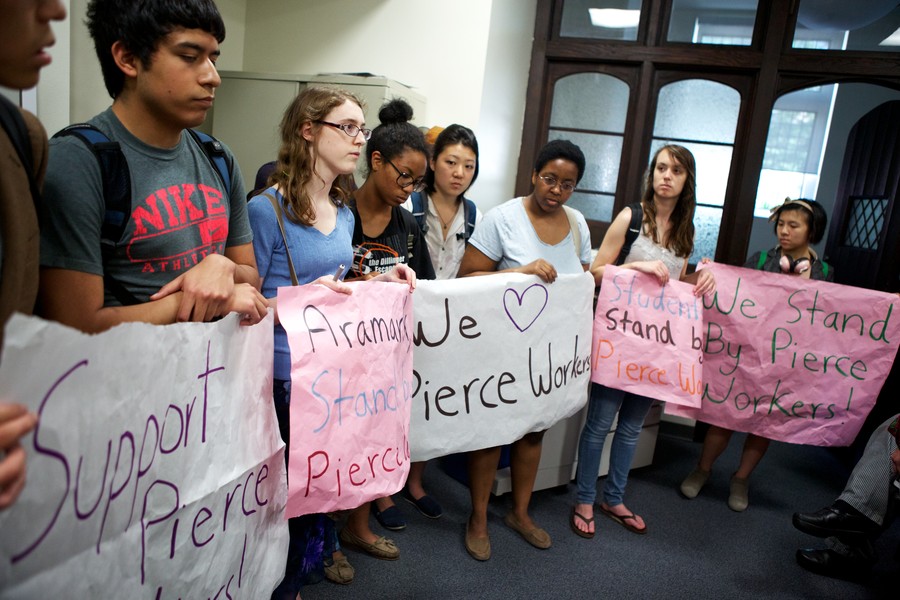 In an effort to energize a campaign met with inaction by University administrators, the RSO Students Organizing United with Labor (SOUL) is fully funding six members to attend the February 7–8 national conference of its parent organization at the University of Texas in Austin.

“[The conference] is kind of an investment, but I think it’ll be worth it,” said third-year SOUL member Miriam Shestack.

The conference is being organized by United Students Against Sweatshops (USAS), and SOUL is covering the $30 registration fee and the cost of a plane ticket for each participant. According to Shestack, it has never subsidized a trip like this or attended a similar conference, although some members participated in a smaller training session for Midwest chapters held in Chicago last October.

Shestack said that the conference will focus on the End Death Traps campaign, a movement begun after a Bangladeshi garment factory collapsed last April, killing more than 1,100 people. The campaign involves raising awareness of the poor working conditions in these kinds of factories and getting universities to sign the Accord on Fire and Building Safety in Bangladesh, which requires brands that produce apparel with the school’s logo to maintain reasonable working conditions.

Last quarter, members of SOUL delivered a letter to University administrators asking them to adopt the Accord, to little avail.

“The response [was] basically, ‘We’re going to think about it,’” Shestack said. “It was very noncommittal.”

SOUL is scheduled to meet with Dean of Students in the University Michele Rasmussen on Friday.

“Assuming the response is not an emphatic ‘yes,’ I’m really looking forward to seeing what people at other schools are doing about this issue [at the conference],” Shestack said.

She noted that previous SOUL campaigns were met with similar administrative inaction—for instance, in their push to end University contracts with Adidas, SOUL members were shunted from meeting to meeting without a clear answer for three months.

“It would be good for us to learn from people who have been doing this for a while and maybe have had some success [and can tell us] how to prevent getting into that meeting-after-meeting trap. We know how we feel about this, but we want to get better at being persuasive about it,” she said.