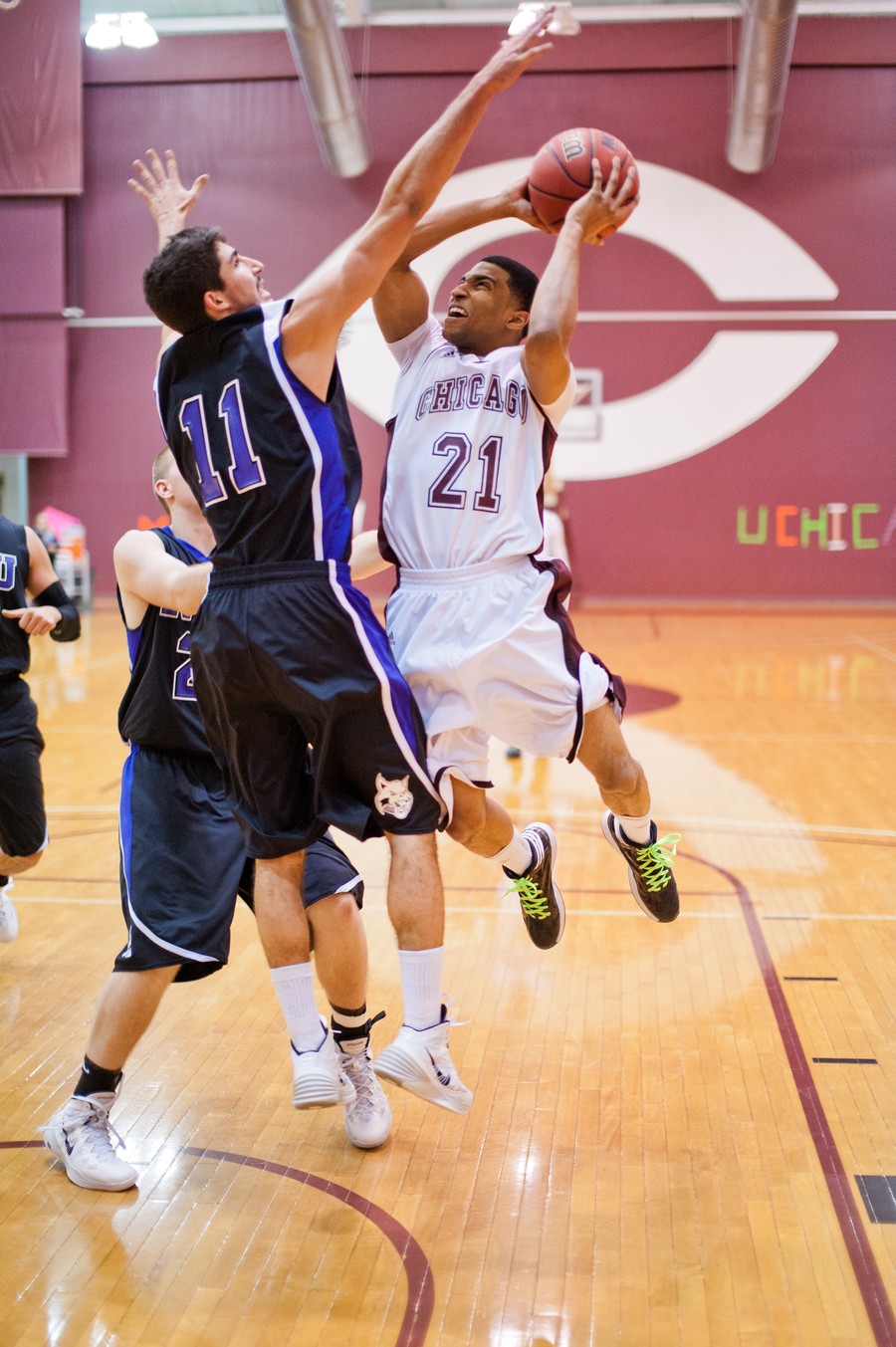 Not very much is baffling about the Maroons this season: they’re 10–6, scoring an average of 6.0 points per game, and just barely beating their opponents in all other statistical categories except one—Chicago shoots a measly 65.2 percent from the foul line, compared to its opponents’ 74 percent. Oddly enough, the Maroons are undefeated in games decided by fewer than five points, which are often determined by free throws. Chicago has relied on third-year Royce Muskeyvalley to make two game-winning shots in such close games, including one last weekend against Carnegie Mellon. This weekend against Emory (12–4) and Rochester (7–9), the Maroons will need to step up their foul shooting or keep the ball in Muskeyvalley’s hands late in close games.

Chicago is coming off its only three-game winning streak of the season and clearly playing its best basketball. It took down three teams in Brandeis (8–8), Carnegie Mellon (10–6), and Case Western (7–9) that aren’t too shabby, averaging a margin of victory of over 16 points per game. The winning streak began the game after the Maroons lost a heartbreaker to NYU (15–1), 89–87 at home on January 17, which obviously ignited a fire in the South Siders. Look for the flame to build against Emory (14–2) and Rochester (7–9) this weekend on the road.

With all hands on deck, wrestling Maroons should place better at Wheaton this year

Regardless of the outcome this weekend, the Maroons will still be undefeated in January. That’s because Chicago’s squad will be competing at the Pete Wilson Invitational at Wheaton College, along with 30 other teams. After a 15th place finish (out of 29 teams) last season, without some key wrestlers, the team is looking for a better finish this year on the back of third-year Marion Palmisano (197 pounds), who finished sixth in his weight class at the 2013 tournament. Even though Chicago lost All–UAA wrestler Joeie Ruettiger from last season, the addition of first-year Charlie Banaszak has greatly contributed to the Maroons’ 3–0 record in January.

This Saturday, men's tennis travels to Kalamazoo College to take on the Hornets in its first team competition of the year. The Maroons look to improve on last year's solid season by taking the extra step and making the NCAA team tournament. This weekend at Kalamazoo College gives them the chance to begin the pursuit and prepare for next weekend's clashes with Denison and No. 5 Kenyon. Deepak Sabada looks to continue his success from last year and make the NCAA individual tournament again, while first-years Sven Kranz, Brian Sun, and Max Hawkins will see the first dual-match action of their careers.

Track and field journeys to Wisconsin to run, jump, and throw against DIII's best

This weekend, Chicago travels to Whitewater, WI to take on a collection of powerhouse teams, including UW–Whitewater, Augustana, UW–La Crosse, UW–Oshkosh, and Beloit, among others. The only Maroon who’s favored to win his respective event is second-year pole-vaulter Michael Bennett. The women’s team has finished first in each of its three meets this season, and the men have finished first once and second twice, so this weekend’s competition will be a fantastic opportunity to legitimize Chicago’s status as an elite team (for both men and women).